America’s culinary community is in the midst of a reckoning. With news this week that celebrity chef Mario Batali will officially be separating himself from his restaurant group, there’s a general feeling that some of the bad old boys club habits in kitchens across the country are less acceptable to modern diners, critics, and cooks. 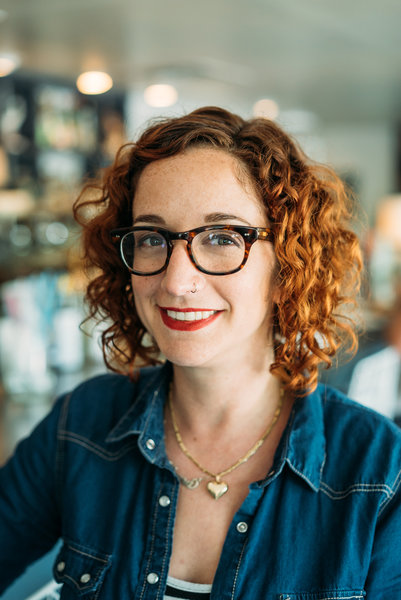 We sat down with the three female nominees for this year’s James Beard awards to discuss some of the unique challenges that still come with being a female chef in what has historically been a male dominated profession, and some of the rewards and signs of progress they’ve encountered in their own lives in the kitchen.

For Launderette’s Laura Sawicki, nominated in the Outstanding Pastry Chef category, her early experiences in the kitchen were tinged by a sadly not uncommon experience of sexual and gender-based harassment. After spending a semester studying art history in Italy, Sawicki came home to work as a prep cook in a vegetarian restaurant in her hometown. As the youngest person in the kitchen, and one of the only women, Sawicki was met with what she describes as “a barrage of sexual harassment.” After one particular experience left her feeling frightened for her physical safety, she went to the owner of the restaurant, who brushed her off, telling Sawicki, “I should just grow a thicker skin if I wanted to survive in this business. But I had gotten really close to the chef, who put the foot down and said this kind of behavior wasn’t okay in his kitchen.”

From then on, the harassment stopped, giving Sawicki an understanding of how important it is for a chef to intentionally set the tone in their kitchen. “Working in all sorts of restaurants over the past 20 years helped me learn what kind of chef I wanted to be,” she says. “I learned how important it is to listen to your staff and understand how to create the environment they need to thrive. We are fortunate to be in a time now when we don’t have to tolerate that behavior. As a business owner, chef, or even an employee, your voice matters.”

Yuyo’s Maribel Rivero, nominated in the Best Chef Southwest category, says that women’s experiences in the kitchen are a reflection of their experiences working in a culture that has largely been dominated by male chefs and owners. “If you’re in the kitchen with an older old school chef,” she says, “You might encounter the same old school beliefs you would in any industry. Yes, it’s been a predominantly male space, but so have corporations. So it’s not any different from what we’re experiencing in our corporate society in America.”

For Rivero, her early experience in the kitchen taught her the importance of standing up for herself and claiming her space. “The kitchen is a leveling plane,” she says. “If you show enough assertiveness and confidence and stand your ground, you will earn that respect. It’s never given, it’s always earned. You’ll always have to be aggressive in any kitchen, but it doesn’t matter if you’re male or female, it’s whoever has the biggest voice, whoever is the biggest asshole: It’s survival of the fittest.” 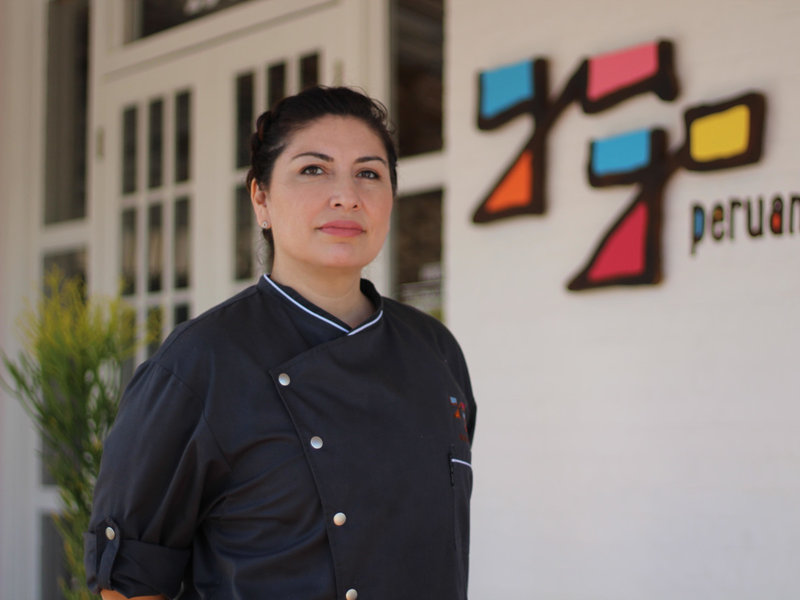 Like Sawicki, Rivero agrees that the owners and chefs of a restaurant have a responsibility to clearly articulate their views on harassment and gender bias in their kitchens. “The definition of what is and isn’t harassment needs to be clearly stated and understood by everyone working in a restaurant,” says Rivero. “If you have a restaurant where the chef or owner is not respectful then that will influence the culture.”

Iliana de la Vega, who has also been nominated in the Best Chef Southwest category for her work at El Naranjo agrees that setting an inclusive atmosphere is of paramount importance when establishing the culture of a professional kitchen: “I welcome anyone in my kitchen!”

“The only requirement is hard work. I came to realize that many people get into this industry thinking it's fun, fashionable, and trendy without realizing it's also very hard work. You need to love it as we work on odd schedules with late nights, early mornings, weekends, etc. – and that can be very difficult for anyone, but especially for women, as we are normally expected to have a family, care for them, organize our households, plus work,” de la Vega adds.

Juggling a full schedule in the kitchen plus pulling a second shift working at home means that life can be challenging for women working in the culinary sphere. And de la Vega believes that there is often a higher barrier of entry for women. “As women, often you have to prove that you are as strong and qualified as a man (or even more so).”

For all three chefs, their experiences working with and cooking alongside other women have been profoundly inspiring to the development of their own professional vision. De la Vega talks about the importance her female family members have had in her culinary education, saying, “My mom and my aunt really taught me a lot of the cooking that I do. They taught me to have respect for the ingredients, and very importantly not to waste, so I will do anything to keep waste to a minimum.” 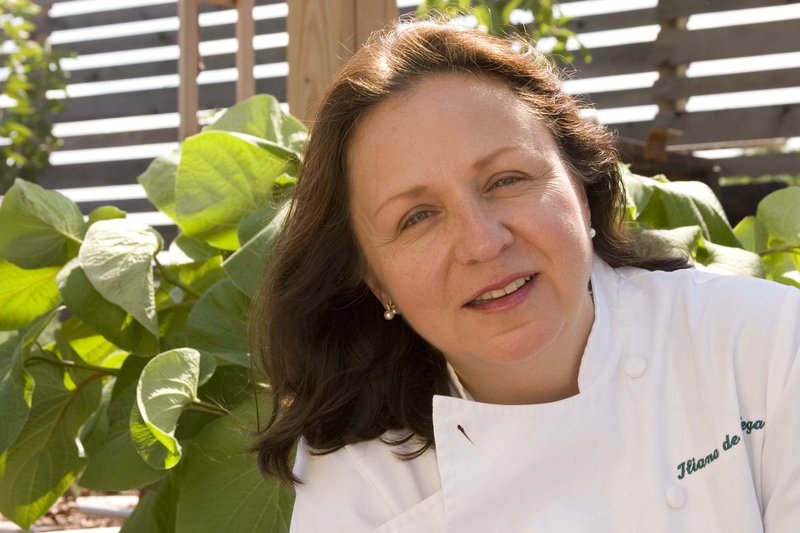 Rivero is inspired by Danish chef Kamilla Sieldler, who she says is, ”a great example of trying to empower cooks to be strong and confident in their cuisine and their culture. Her general philosophy is mine as well – that you treat people the way you’d like to be treated and that goes for everything in your life. She has a very Nordic personality – very straightforward – but her actions are very generous and heartfelt and those things are what make her a great role model as a chef.”

And Sawicki, who ran through a laundry list of important female chefs past and present, shared a very unique experience of working in a nearly all female kitchen: “At one point our entire line at Condessa was run by women,” she says. “And it was such a great sense of comradery. The food was always perfect, it was so spot on, there was such a shared sense of community and passion and communication in that kitchen. Getting to experience that was something that was really empowering to see, and reflected so positively on the culture we had built in the kitchen.”

Looking forward, Sawicki, Rivero, and de la Vega agree that women’s participation in Austin’s culinary community will only continue to grow. “I think we’re now in a position of leadership and ownership and that's incredible,” says Sawicki. “There has been such a rise of women as chef owners, chefs, and restaurant operators in a way we've never seen before.” Rivero agrees. “It seems like in Austin there are more and more female chefs being recognized,” she says, “And that’s a good thing.”

In its second year, RestaurantHER, a partnership with the James Beard Foundation's Women's Entrepreneur Leadership program, has more than 30,000 women-led restaurants on the platform, and just added an integration with Grubhub's "Donate the Change" feature. Diners who order on Grubhub can round up their order to the nearest dollar and donate the difference to the WEL program.