Garrison Brothers Distillery announced the 25 statewide semifinalists for their Bourbon Brawl bartender competition on Wednesday morning, and Austin has five superstar bartenders representing our boozy city in hopes of winning that big pile of green. 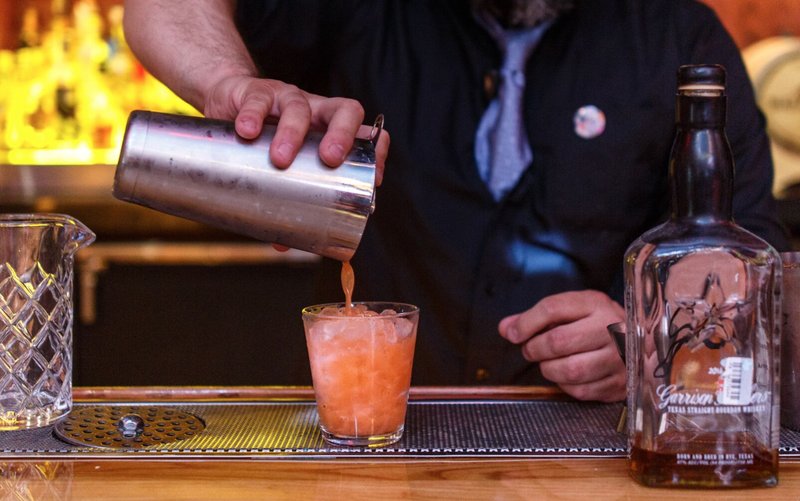 Bourbon Brawl is a statewide bartender competition that runs March-April in Austin, Houston, San Antonio, Dallas, and Ft. Worth, culminating in a Final Five Showcase right here in Austin on May 2. In the first round of competition, top mixologists from around the state participated in Garrison Brothers’ Bourbon Takeover of Texas, where 50 Texas bars and restaurants featured food and drink creations using Garrison Brothers Small Batch Bourbon. The Garrison Brothers team visited each participating location to judge the entries and narrow down the fierce list of competitors.

“The level of talent I witnessed over the past week was truly breathtaking,” said Dan Garrison, founder and proprietor of Garrison Brothers Distillery. In 2010, Garrison Brothers – a small farm and ranch located in Hye, Texas – introduced the first bourbon whiskey legally made in Texas. “Traversing the state and listening to the stories behind each bartender’s cocktail inspiration was an excellent way to celebrate Texas’ 183rd birthday.” Semifinalists are eligible to win a $10,000 cash prize thanks to Garrison Brothers’ Good Bourbon for a Good Cause, a 501c3 that often focuses on the Blanco and Gillespie counties of Texas as well as charitable organizations that serve current and former American military personnel. The winner will also receive menu placement as Dallas Restaurant Week’s official cocktail, the opportunity to instruct cocktail classes at Total Wine and More, and a guest bartending spot at Whiskey on the Rock in Las Vegas.

“To prepare for the Bourbon Brawl I went back to the basics,” said Austin semifinalist Andrew Grenz, Beverage Manager at the Fairmont. “I took inspiration from the main raw ingredient of bourbon – corn – and created a cocktail that would go well with food. … If I won the $10K prize,” added Grenz, “I would donate a portion of it to Austin Pets Alive! and save the remainder to help open my own bar in the future.”

The five semifinalists from each city are:

Terance Robson, Here Nor There

Jorge Herrera, Up on Knox

Priscilla Velasco, Zocca at the Westin