The only thing that Austinites like more than a night on the town is a night at the table, and with a new event series debuting at the North Door on Saturday, March 9, we can have our jams and eat them too. 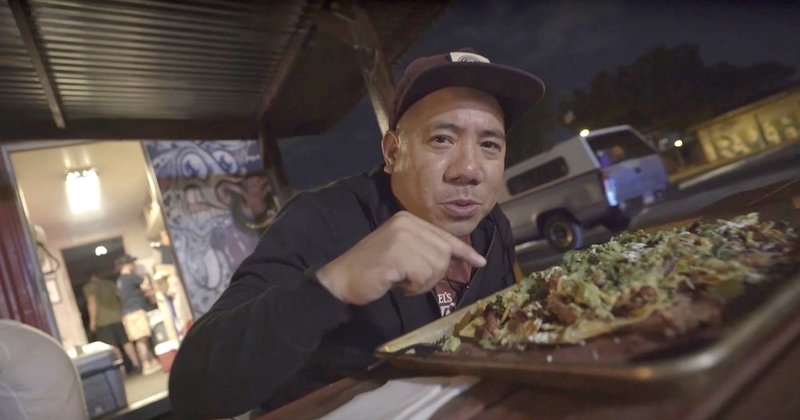 Called Music Is on the Menu, the event pairs a live concert (Kid Koala is up first) with a pre-recorded interview series where the featured musician meets up with Tatsu Aikawa (“Tats”) from Ramen Tatsu-ya to discuss food and music. We sat down with Jabbar Sheffield, one of the three founders of Music Is on the Menu, to discuss the inspiration behind the event, his favorite cooking music, and his passion for connecting his two favorite things.

Jabbar, who has toured the world working as a road manager for various musicians, came up with the idea for Music Is on the Menu while touring Japan with Pharcyde, De La Soul, and producer Pete Rock three years ago, enjoying plenty of fabulous meals along the way.

“Sitting around a dinner table in Shibuya, the concept hit me,” says Sheffield. “What if I capture these unbelievable moments with my musician friends as a content vehicle and produce live events as a tie-in to the entire experience?” And so, the idea for Music Is on the Menu was born.

But the road to event launch wasn’t an easy one. Coming back to the States with no practical idea of how to begin his series, Sheffield began driving for Uber, talking with the people he picked up about his dream and discussing the best places in town to eat, of course. One day, while on break at Ramen Tatsu-ya’s first location, he ran into Tats, who expressed enthusiasm for the idea. The very next passenger he picked up told him that 80% of any successful business is a name with a hook. Inspired, Sheffield went and bought the domain name musicisonthemenu.com, and things started kicking into gear.

Still, that doesn’t mean there wasn’t a lot of good luck and friendship favors involved. “This event really was just a bunch of wishful thinking and a lot of solid relationships that all came together kind of at the last minute,” says Sheffield. “We had the launch episode ready, but didn’t have a huge headliner to really knock the campaign out of the box. Then we shot for the stars and remembered that Jester highlights Kid Koala in Episode #1 and figured, ‘Let's ask him!’” The Kid agreed to stay in the picture, and the gang began throwing together their first show.

Sheffield believes that Austin is uniquely suited to host an event like Music Is on the Menu. “My family has been in Austin since 1990, and I’ve been living here since 2004,” he says. “In that time, we’ve seen so much growth here and the restaurant scene is no exception.”

While he has no formal background in food or restaurants, Sheffield has spent the past 20 years becoming an expert in the connection between food and music, exploring the cuisines of the world while on tour. “I must say, quite a few expense accounts have been obliterated at some of the most over-the-top restaurants around the globe,” he jokes. “And I’ve had friends who have owned restaurants and that has allowed me access to experience some of the best there is to eat in the culinary world.” Sheffield believes that chefs have a creative process that is very similar to the musicians he has worked with. He explains, “The creative nature of imaging a finished product similar to a song or a meal and the painstaking process they go through to gather the necessary ingredients to complete the final dish (or in the case of music, mix).”

Music is a constant presence in professional kitchens as well. Sheffield shares that he like listening to jazz, R&B, and hip-hop in the kitchen, but can’t stand Eighties rock. “Even though I’m in the kitchen, ‘Pour some sugar on me’ may not quite be the right soundtrack for my life at that moment,” he jokes. 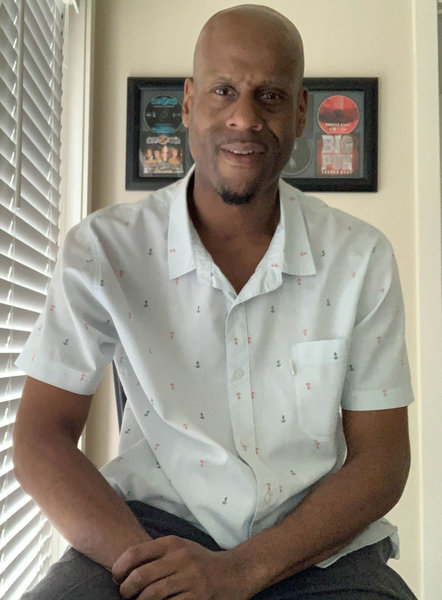 The series continues with four filmed episodes: Tats interviewing DJ Jester the Filipino Fist at Rollins Smoke BBQ, connected with the Kid Koala concert; followed by interviews with E-Swift of Tha Alkaholiks, paired with a special concoction by owner Kyle, an “Alkaholik” style nacho with Bulleit bourbon and Mickey’s Beer-based sauce; third up is New Fame, for whom Tats cooks a Vietnamese-style burrito; before the last finished installment (so far!) – an interview with Roc Nations’s Young Guru. When asked about his bucket list interviews, Sheffield says that “Questlove and Gary Clark Jr. would definitely be highlights.”

He’s determined to make sure his event series stays true to the spirit of the city. “Our audience isn’t concerned with the latest new trend or new condos,” he says. “We’re at the point where we’re willing to pay a premium for the best food, best art, and the modern musical classics.”

“Hopefully people like what we do,” he says. “I know our friends do, [and] fortunately our friends are the Pete Rocks, De La Souls, Young Gurus, Dead Prez, and Tha Alkaholiks of the world, so they are our metric.” With friends like these, Sheffield and the rest of the guys behind Music Is on the Menu are confident that they can win over everybody else and create a multidisciplinary love letter to the city that inspires them.