A photo of Austin legend Leslie also made the trip

It sounds like the beginning of a bar joke, but it’s very real: a mayoral letter, Kerbey Lane queso recipe, and a full copy of the English language Wikipedia blasted off in a rocket mission to the moon. 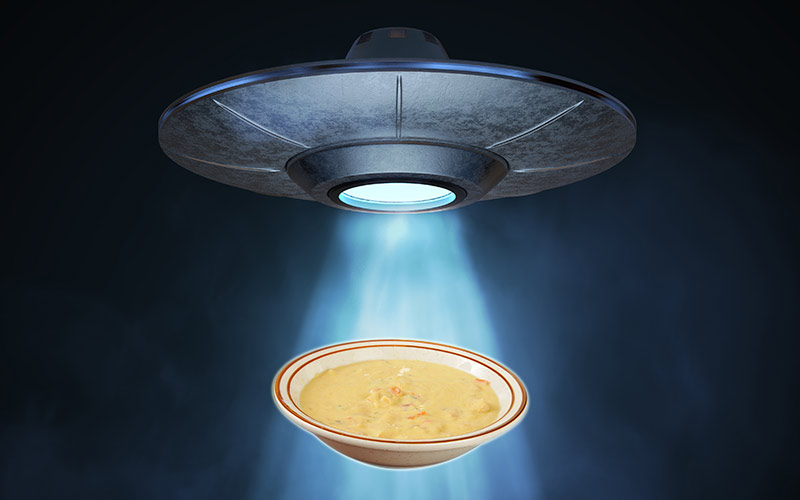 Today Mayor Steve Adler announced that the official letter, sent to extraterrestrials and future citizens of the solar system, was aboard the SpaceX Falcon rocket that launched out of Cape Canaveral, Florida last night.

Onboard the rocket is a lunar rover from commercial space exploration outfit SpaceIL, which is carrying the Lunar Library from the Arch Mission Foundation. The moon lander will circle the moon in gradually descending orbit until it makes a landing attempt on approximately April 11.

With high hopes of an extraterrestrial being stumbling upon Austin’s gift to the universe, it’s only logical that, along with the letter, Austin will be permanently represented by a copy of the original and never-before-published Kerbey Lane Cafe queso recipe… with a bonus care package of the queso itself.

“We choose to send queso to the Moon – and maybe someday chips as well, not because these things are easy, but because they are hard,” said Mayor Adler. “The challenge to eat queso in zero gravity is one that we are willing to accept, one we are unwilling to postpone, and one we intend to win, among other key challenges, like next time remembering the chips.”

Kerbey Lane Cafe CEO Mason Ayer added, “I suppose getting the ingredients together out there in space is a whole ‘nother story. But as central artifacts of civilization go, I can’t think of a more important, sustaining foodstuff. No archive, time capsule, library or vault is complete without queso. One day we hope the whole galaxy will benefit. Turns out, the moon isn’t really made of cheese. So we sent some.”

“We choose to send queso to the Moon – and maybe someday chips as well, not because these things are easy, but because they are hard,” said Mayor Adler.

The wonderful, melted cheese (will it still be gooey on the moon?) and Adler’s special message were included as part of The Arch Foundation’s physical archive – set to remain on the moon indefinitely – which contains millions of documents laser etched in microscopic analog form on a radiation-proof nickel Nanofiche disk. Co-founded by Nova Spivack and Nick Slavin, the nonprofit organization’s goal is to archive all human knowledge and Earth biology in a solar system-wide project called The Billion Year Archive. Using new technologies, Arch Libraries are regarded as the most durable records of human civilization ever built.

Also included are 25,000 books and other resources (including collections from Project Gutenberg and the Internet Archive), The Long Now Foundation Rosetta and PanLex datasets (a linguistic key to 5000 languages with 1.5 billion cross-language translations), and – another quirky contribution from Austin – a photo of Albert “Leslie” Cochran.

“If it helps your decision to visit, please know that extraterrestrial beings have already been to Austin, become cultural icons, and even run for Mayor – and they are forever welcome here,” wrote Mayor Adler. “I’m not going to say exactly what the picture shows, but Leslie mooned Austin enough times. It was about time Austin mooned the moon.”

It’s not all about the deliciously cheesy peace offering, though. Mayor Adler’s letter ends with a somber message:

“It is my hope that on the future day that you read this, we will have solved the many things on this earth for which we are less proud. Presently, the world has not sufficiently responded to the dire threat of climate change and environmental injustice. And our society has let people become downtrodden, failing to recognize that each human being, regardless of the immutable characteristics of their birth or their station in life, is alive with the same fire that lights the stars at night. Austin today is working to make this a better universe by tackling homelessness and inequity, and through our support for the environment, restorative justice in our community, and the lasting beauty of our arts.

“Perhaps a future time capsule will send happy news of our solutions to the vexing problems that threaten what is great in our city and our world. We in Austin do not just hope for a better and more just tomorrow, but are taking the difficult steps in the present, so we will survive our time and we may live into yours. May this message represent our continuing hope and determination, and our good will in a vast and awesome universe.”

Read the letter in full here.