Of course, we knew this all along – but Abbott makes it official

You know what today is, citizen? 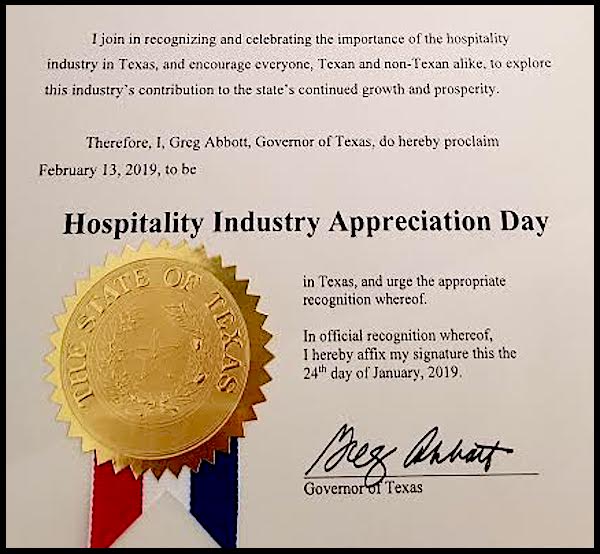 A detail of the document itself

And, okay, sure, it’s also the day in which, in 1960, France became the fourth country to have nuclear weapons.

That’s right, it’s a day in which to honor those professionals who work in restaurants and hotels and nightclubs and event venues of all kinds. To salute all the waitrons, the hosts, the bartenders, the line cooks and dish dogs and bellhops and bussers and so on. To show appreciation for all those hardworking members of our community who toil in the service of guests, working the daily (or nightly) grind, dealing with all the endless goddamn sidework, to make dining and lodging and public partying and hanging out in coffeeshops more of a pleasure than a pain, more like a sort of heaven – even though they often have to go through hell to accomplish it. And many of them do it for just $2.13 an hour, which is the federal minimum wage for tipped workers. That's two-thirteen, like February 13 – get it?

The industry’s champions – those power-to-the-people instigators at Seasoned and In the Weeds, to be specific – have long been lobbying for this recognition, and now the Guv’s bestowed it. It's totally official now.

Reckon the least you could do is follow suit, eh? Reckon you might, if only for today, bump your usual gratuity up a few percentage points?

Because there are two things to keep steadily in mind in this Lone Star State, after all: Don’t Mess With Texas – and Tip Your Waitstaff, yo.