Upcoming Austin Food Events to Put on Your Calendar

There's more to do than there are days in the week!

On Wednesday, Feb. 6, 5-7pm, Jack Allen’s Kitchen on Anderson Lane is hosting the latest installment of their Meet the Maker series, spotlighting Becker Vineyards. During the event guests can chat with winemaker Jon Leahy as they enjoy samples of the vineyard’s Tempranillo, Sauvignon Blanc, and Reserve Merlot.

Irene's is launching a weekly Wednesday Drag BINGO hosted by Rhonda Jewels and friends, and running 7-9pm. The evening will start with an opening number followed by four rounds of bingo, before an intermission to re-up on snacks and drinks, before a second performance and more bingo. The winner of each round gets an Irene's gift card. 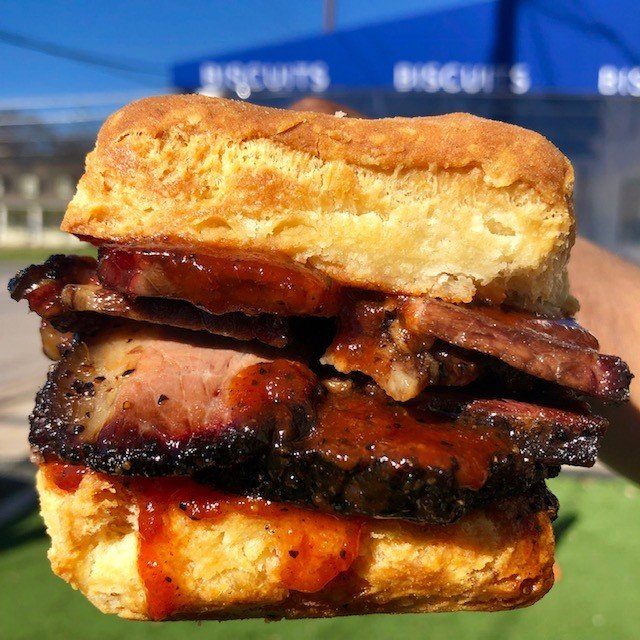 For the month of February, LeRoy and Lewis is teaming up with Bird Bird Biscuit to offer a Brisket Biscuit special benefitting the Austin Food & Wine Alliance.

The biscuit – available at both the biscuit shop and food truck on Saturdays and Sundays until it runs out – will combine the talents of both chefs. At Bird Bird Biscuit, the $11 sandwich, $2 of which will be donated to the Austin Food & Wine Alliance, will feature LeRoy and Lewis’ slow smoked brisket. And at LeRoy and Lewis, guests can order their choice of barbecue on a fresh baked Bird Bird Biscuit biscuit.

The Infinite Monkey Theorem has just released their second cider creation. Called CAMP cider – an acronym for its cinnamon, apple, maple, and pear flavors – the cider will only be carried at The Infinite Monkey’s taproom and The Buzz Mill, with six packs available for $14.99.

“We don’t like to limit ourselves. Wine will always be the focal point, but it’s fun to get creative with the cider flavors.” said Aaron Berman, owner of The Infinite Monkey Theorem. He considers the cider, and all of Infinite Monkey Theorem’s products, to be born out of the community and representative of the community, expressions of the local fruit, the process, and the personality of the winemaker, but also expressions of the consumer.

On Thursday, Feb. 7, Fair Market will be hosting Austin’s first ever Taste of the Nation event, benefitting No Kid Hungry, a nonprofit dedicated to ending child hunger in America. The event will feature bites and cocktails from Austin’s top culinary talent, like a Texas bavette steak with bulgur wheat, Brazos Valley feta, fresh mint, and za’atar from Paperboy; a pickled shrimp tostada from Salt Trader’s Coastal Cooking; galette with broccolini, Chinese sausage ragu, potato, and gruyere cheese from the Uchi restaurants family; and New Waterloo’s Sunshine Cake, a clementine cake with a white chocolate crunch and basil on top of a creamsicle cloud, all to be washed down with Half Step’s tiki-inspired White Squall cocktail.

CUBA512 is opening a new location in Downtown Austin, serving moderately-priced Fast Casual Cuban style food, including sandwiches, soups, entrees, a full brunch menu, cocktails, and tropical smoothies. Their South Austin location has been in business since 2015, and is run by Iskander Gener and family. 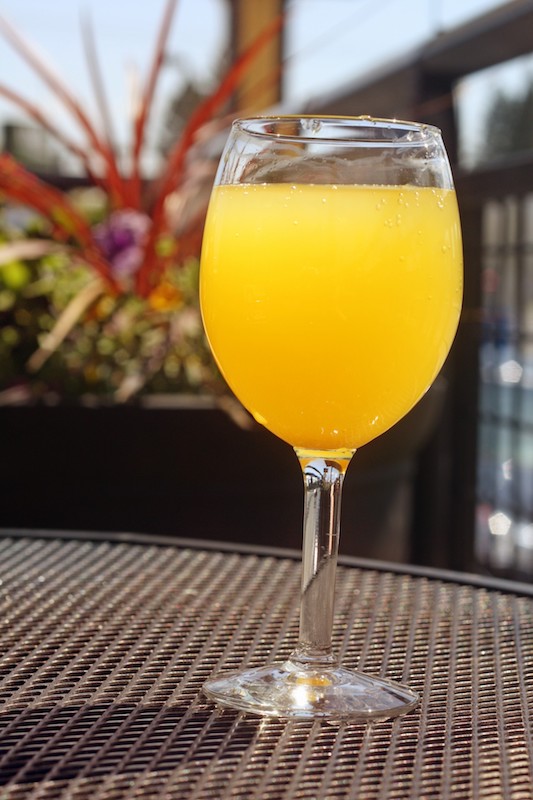 Down in San Marcos, Industry announced the debut of new brunch items and specials guaranteed to lure hungover college students and professors from 11am-3pm every Sunday. There are new drink specials, like $2 mimosas and $8 mimosa carafes, as well as menu items like the Porky’s Pancakes – buttermilk pancakes topped with smoked pork, bacon, blackberry compote, and bourbon maple syrup. There’s also the BOB – a brisket bagel, topped with a fried egg and slathered in poblano cream cheese and house BBQ sauce – and Hops & Grain beer-battered shrimp served over cheddar grits and topped with honey chipotle and scallions. If you’re keeping it healthy, they’re even serving a new housemade granola and yogurt, with seasonal fruit, candied pecans, and local honey.

On Saturday, Feb. 23, 2-6pm, Scholz Garten will host their first annual Chili Cook-off, a free event open to the public. The event will be emceed by Wayne Vermillion, who will oversee the handing out of samples from 2pm until they run out, and run the awards ceremony at 4:30pm. Lonestar Lizzie & The Shotgun Wedding Band and DJ Island Time will supply the crowd with live music. While anyone is welcome to attend, competitive chili slots are limited, so make sure to reserve your spot before the big day to go head-to-head with some of the toughest amateurs and pros on the Austin chili scene.

The Austin branch of the Texas Book Festival just launched a new quarterly event series, Book Tips and Sips at Prohibition Creamery. The event, which kicks off with a first installment Feb. 26 5:30-7pm, will bring together Texas authors and members of the literary community to talk about their favorite books at four uniquely themed events, each featuring author discussions, ice cream, and cocktails, plus a special Texas Book Festival giveaway. The first event will feature Juli Berwald and ire’ne lara silva discussing the books and writers that energize and activate them as citizens, while audience members enjoy ice creams and cocktails including the themed A Sidecar Named Desire, made with brandy, pine-infused gin, hibiscus, and lemon, which benefits the Texas Book Festival’s literacy programming. 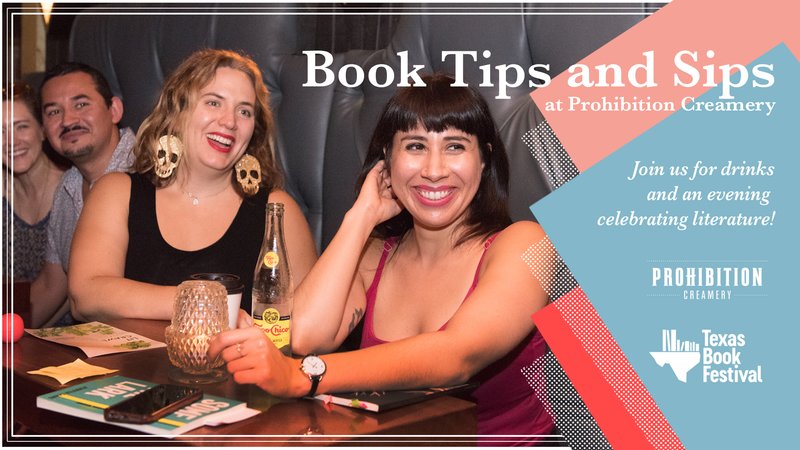 “Our Austin literary community is full of voracious readers and remarkable writers,” says says Julie Wernersbach, Literary Director for Texas Book Festival. “We're excited to bring them together in this fun new way to share and discover books. Who better to add to our to-be-read piles than some of our favorite local authors? And where better to do it than at such a vibrant local business like Prohibition Creamery? We can't wait to toast to all of the great new reads ahead!”