Just a few local food reminders – and a contest!

We totally get it: Your inbox is insane and your voicemail is (intentionally) full. Check out these tidbits to pretend like you’re all caught up. 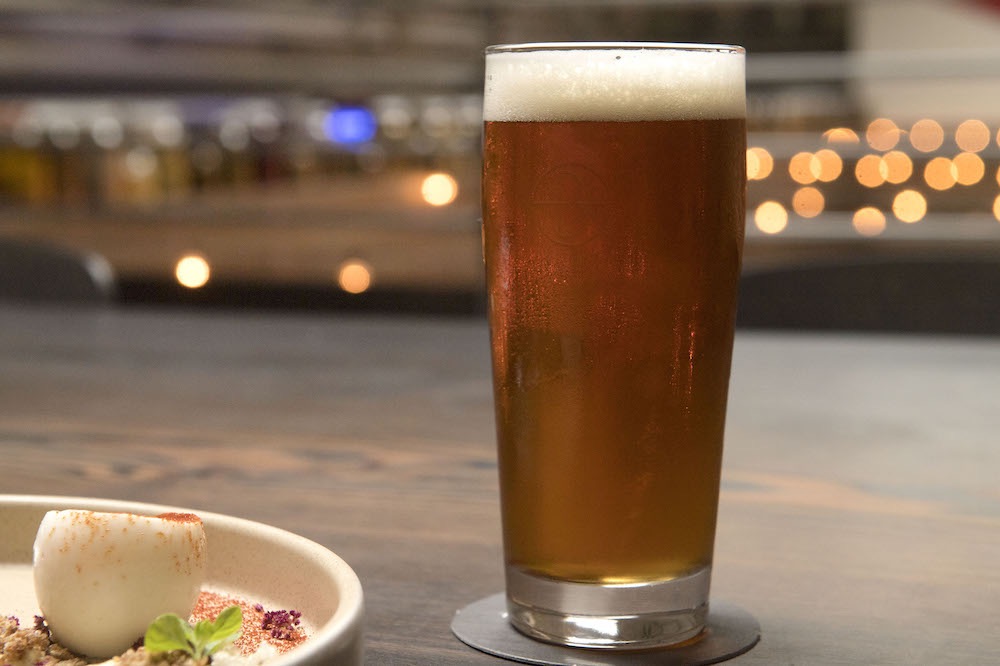 The Brewer’s Table has a new menu and associated happy hour in its Lager Garden and cocktail bar, as well as expanded hours. The outdoor space is now open until 10pm with happy hour running 4-6 pm – which, aside from great deals on drinks, includes an $8 pint-and-panini combo. Guests can select their favorite item from the Lager Garden sandwich menu – including a Cuban, a Reuben, and a grilled cheese – and pair it with a 16 oz. house brew.

Snarf’s Sandwiches is still running their inaugural 2019 “Top Snarf” sandwich creating competition. Sandwich fans are invited to submit their dream sandwich recipe to be judged by Snarf’s founder, Jimmy “Snarf” Seidel, who will be flying Austin finalists out to Denver to participate in a live judging during the second stage of the competition. The winner will have their sandwich featured on Snarf’s “not on the menu” menu and receive free Snarf’s sandwiches for a year.

During the first week of sales, Snarf’s will also be donating $1 to charity for each winning sandwich sold. Sandwich enthusiasts of all ages can submit up to three recipes online, using a unique mix of the listed eligible ingredients and a base of Snarf’s fresh-baked white or wheat bread, where they will be judged on taste, visual appeal, and creativity of ingredient pairing. Give it a catchy name for bonus points, and then wait until February 25th to find out if you’ve been coronated as the new Earl of Sandwich.

Hyde Park neighborhood wine bar Vino Vino has new Flight Nights. Every Monday, diners will have a chance to spend $20 to taste their way through three wines, organized around a theme or tasting experience. 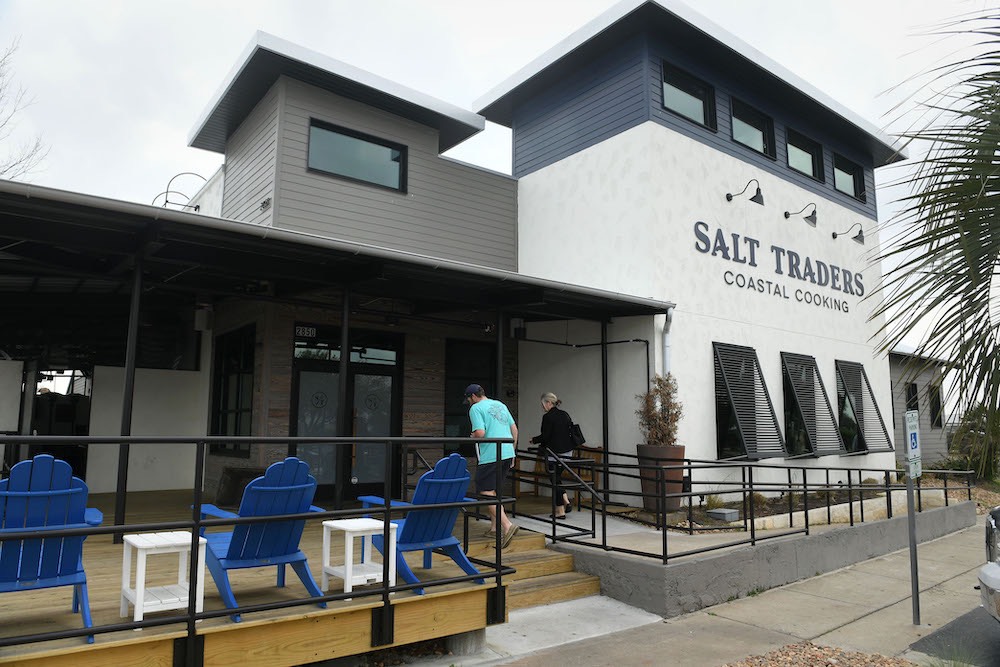 Not the new Salt Traders location, cuz that ain’t built yet (Photo by John Anderson)

Seafood-focused Round Rock restaurant Salt Traders Coastal Cooking announced the opening of a second location in South Austin’s Barton Oaks Plaza. “We’ve had so much fun over the last two years in Round Rock, and we’re fortunate to now open a second Salt Traders south of the river,” says Salt Traders Chef Jack Gilmore.

“We’ve built strong relationships with incredible oystermongers, fishmongers and local farmers, and are happy to continue to cultivate these relationships at a second location. The chefs at Salt Traders will have the best tools and toys in the kitchen to play with, giving them the ability to create some incredible food for the community,” he says. The new location, which will be called Salt Traders Zilker, will feature a drink program of coast-inspired beverages curated by David Toby (including a wine-on-tap program), all served in a space created by LEVY architects.

Bar Peached, the newest member of the Peached Tortilla restaurant family, is open for dinner service, with brunch to follow in the spring. Bar Peached brings a casual spin to the beloved Peached Tortilla blend of Asian and Southern flavors. The menu is divided into four sections: Snacky Plates, the veggie-friendly Greens & Goddesses, big plates called Hungry-s, and Desserts. The cocktail program under Kevin Kok offers playful libations like the Beetlejuice – with tequila, lime, cilantro, and beet juice – as well as draft cocktails like the Yoga & Chill, made with vodka, lime, and cucumber water.