These juicy tidbits of food news are sure to make your mouth water. On Thursday, December 13, 6-8pm, Shake Shack will be hosting a BARK Austin launch party at their Domain location to celebrate the launch of BARK x Shake Shack, their new line of limited edition burger inspired toys. The line includes the BarkBurger, made from connected layers of crazy crinkle, super-soft fuzz, and a squeaker inside, the Frenchie Fries with crazy cinkle and attached whip ‘n flip fries, and the Never-Melt Milkshake made of crazy crinkle, a hidden squeaker, and packed with fluff. Tickets to attend the launch are $15, benefitting the Austin Humane Society and include a BARK x Shake Shack toy for your pupper and a beverage, including beer and wine of choice, for you! Now that’s worth wagging your tail over.

East Austin neighborhood sandwich and salad shop, La Matta launched a new breakfast menu, with two Italian breakfast paninis to pair with an expanded selection of coffee and espresso drinks to match their new more breakfast crowd-friendly hours, Mon. - Fri., 8am-3pm, and 8am - 4pm on weekends. Breakfast panini enthusiasts can keep it light with the number one, which features an egg white and spinach omelette topped with melted cheese, zucchini and basil, or really get into it with the number two, which features a whole egg omelette, potatoes, parmigiano, taleggio, and mortadella.

Each panini can be customized with add-ons like mortadella, prosciutto, speck, fontina, taleggio, and avocado. To go with your panini, try one of their new coffee menu items, like the Marocchino with Nutella, espresso, steamed milk, or the Latte dulce with dark chocolate, white chocolate or caramel, both of which are available with coconut or oat milk if you’re not doing dairy--a decadent way to start your morning right.

Pluckers Wing Bar is celebrating the holidays with a promotion on e-gift cards that can be purchased directly from their recently launched app or online, as well as physical gift cards available in-store, running now through Christmas Eve. When a guest purchases an e-Gift card of $25 or more, 20% will be gifted to their Pluckers card. If they spend $50, they’ll get 10% towards a variety of rewards. That’s one step closer to free wings, the greatest gift of all. Intelligentsia Coffee has announced their first Austin-based coffee bar, set to open in late spring 2019 on the lobby level of the currently under construction Third + Shoal building. The Intelligentsia design team has partnered with Austin-based architect Scott Magic, who plans to incorporate local materials into the coffee bar, with a modern, sleek design that reflects both the city of Austin and the surrounding natural landscape. The coffee bar will also offer food options with local partners being announced closer to opening. The Austin location marks the fourth city Intelligentsia has opened a coffee bar in since the brand was founded in Chicago 23 years ago.

Next summer, Perry’s Restaurants will be opening CARVE American Grille, whose menu will feature ingredient-focused dishes cooked using live fire, smoke, and wood grilling techniques, from the appetizers and mains to the cocktails and desserts. The space will feature four fireplaces, to echo the smoky flavors on offer. “With Austin’s thriving culinary scene, we knew the city was a natural fit for CARVE’s eclectic and surprising menu that we’ve been developing over the past several years,” said Chris Perry, founder and owner of Perry’s Restaurants. “We are looking forward to bringing the great quality food and service our customers have come to expect from our restaurants to this contemporary, elevated rustic setting.” 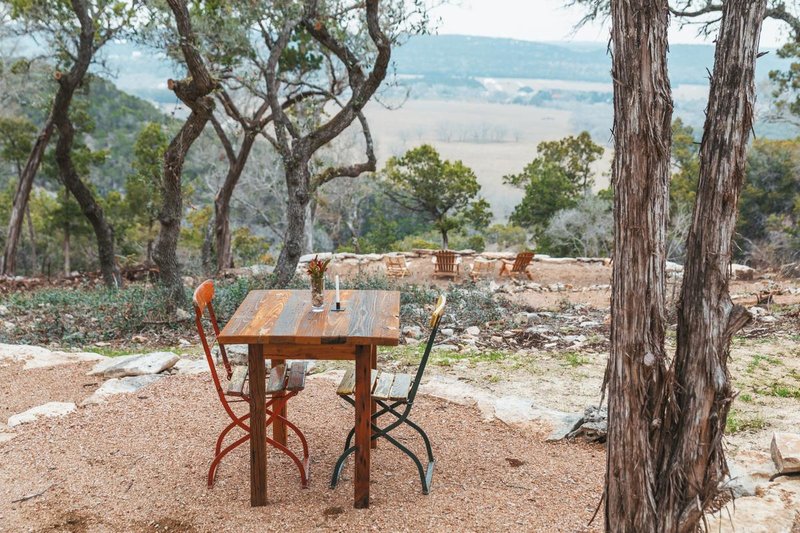 From January 25-27, the folks at experiential travel company Collective Retreats Hill Country are partnering with fitness brand Outdoor Voices to collaborate on an enlightening Hill Country wellness retreat they’re calling Collective Renewal. Taking place over the weekend in Wimberley, the event is designed to help participants jump start their New Year's resolutions. This three day yoga and meditation retreat will be led by yoga and meditation instructor Kate Waitzkin of Wanderlust Yoga fame, who will also be overseeing a weekend of cleansing practices, open hearts, and farm-to-table family style meals, as well as special events like a crystal bowl sound bath, a reflection workshop, and vinyasa practice. Spots are limited, so if there’s someone who owes you a generous Christmas gift get them to book your $1,399 all inclusive slot now.

“We’ve always loved the Bee Cave area and spent time here as a family. It’s an area where people are proud to live and families are eager to call home,” said Shawn McGrath, owner of Bahama Buck’s in Bee Cave. “For us, we get really excited about our Bahama Buck’s shop becoming a meaningful contributor to an already fantastic community.” It’s the closest we’re likely to get to a snow storm in this town, and a much tastier alternative to the real thing.

“Austin is a vibrant, unique city and the specialty coffee scene is unlike any other,” says Intelligentsia CEO and President James McLaughlin. “There is a true appreciation for the craft and respect for the local brands that have helped create this coffee culture, which is something we’ve seen firsthand from working with partners like Bunkhouse and Jo’s Coffee. We’re excited to bring Intelligentsia to downtown Austin and look forward to becoming a part of the fabric of the community.”

North Austin chicken and waffle shack Wild Chix & Waffles is reopening with an entirely new gluten-free kitchen, featuring a scratch made, GF approach to sweet and savory waffles, salads, and shareables. There will be all new GF versions of old favorites like the Soul Sista classic chicken and waffle combo, the What the Cluck, with a sunny-side up egg, thick-cut bacon, cheese and Sriracha mayo, or the Gone Bananas, their most popular sweet waffle topped with Nutella, sliced bananas, and powdered sugar. There will also be brand new menu items like the Waffocado, topped with avocado chunks, cherry tomatoes, hemp seed and alfalfa sprouts, the Double Black Angus Beef Burger, and the Aloha Beaches Salad, which includes sashimi grade yellowfin tuna and shoyu dressing. Just because you can’t eat wheat doesn’t mean you can’t have fun! Wine bar and restaurant Vino Vino announced the launch of its Winter 2018 menu, created by Executive Chef Ben Schwartz. “I designed the menu specifically to work with our wine list,” says Schwartz. “Like our wines, the food has a sense of place, and by focusing on the honest flavors of the ingredients prepared in traditional ways, we offer a complete food and wine experience.”

In addition to their regular Boards section featuring European and American cheeses, and the appetizer Bites segment of the menu, the menu now includes “Plates,” main dishes subdivided into Garden, Coast, Pasture, and Sweet sections available a la carte or as a three course, $40 prix fixe with $10 added for any additional courses. The Garden section is all $13, and includes a market salad with farm greens, grapefruit, butternut, and pecan, a hummus plate with roasted carrot, fried chickpea, ras el hanout, and pita, and pumpkin stuffed pasta topped with pepitas and sage brown butter.

Hometown whiskey heroes Still Austin Whiskey Co. have announced plans to release their first aged product, a bourbon whiskey, in Spring of 2019, with the assistance of Master Blender, Nancy “The Nose” Fraley. Like all of Still’s spirits, which to this date include their Texas Rye Gin, New Make Whiskey, Mother Pepper Whiskey and Daydreamer Whiskey, the new aged bourbon will feature 100% Texas-grown corn, rye and barley, produced by local farmers from heirloom and heritage seeds.

“We take great pride in working directly with Texas farmers to be a true grain-to-glass distillery,” says Still Austin’s Head Distiller, John Schrepel. “We’ve put a lot of focus on the grains with our whiskeys and are really excited for people to taste it.” At this stage in the game, the bourbon has already been milled, mashed, fermented, distilled and matured, totally by hand. Schrepel is using a slow water reduction technique, recommended by Nancy “The Nose” Fraley as the optimal reduction process to take advantage of the unique Texas environment, to fine-tune the whiskey’s flavor by reducing the proof slowly as the spirit ages, enhancing the maturation of the bourbon whiskey and bringing out the full potential of the spirit. Each barrel is tasted monthly, and only the best barrels will be chosen for a limited first release.

So far, The Nose is impressed with how the spirit is aging “The whiskey is coming along beautifully,” she says. “I have never tasted a whiskey that has accomplished what this whiskey has accomplished this early. I am very excited about this product. I think they have a real gem on their hands."