Latkes are, arguably one of the best parts of the Hanukkah season, but with the middle of the holiday closing in, we’re feeling a little burnt out on them, and we bet you are too.

There’s nothing latke specific about the admonition to eat fried foods on this holiday, meaning that my friend who once bought a half pound of Jack in the Box curly fries to our family celebration was technically correct. While nobody actually ate the fries we all learned from his example: Takeout is the best, non-kitchen-splatter-creating way to celebrate the middle days of this celebration of light and oil. 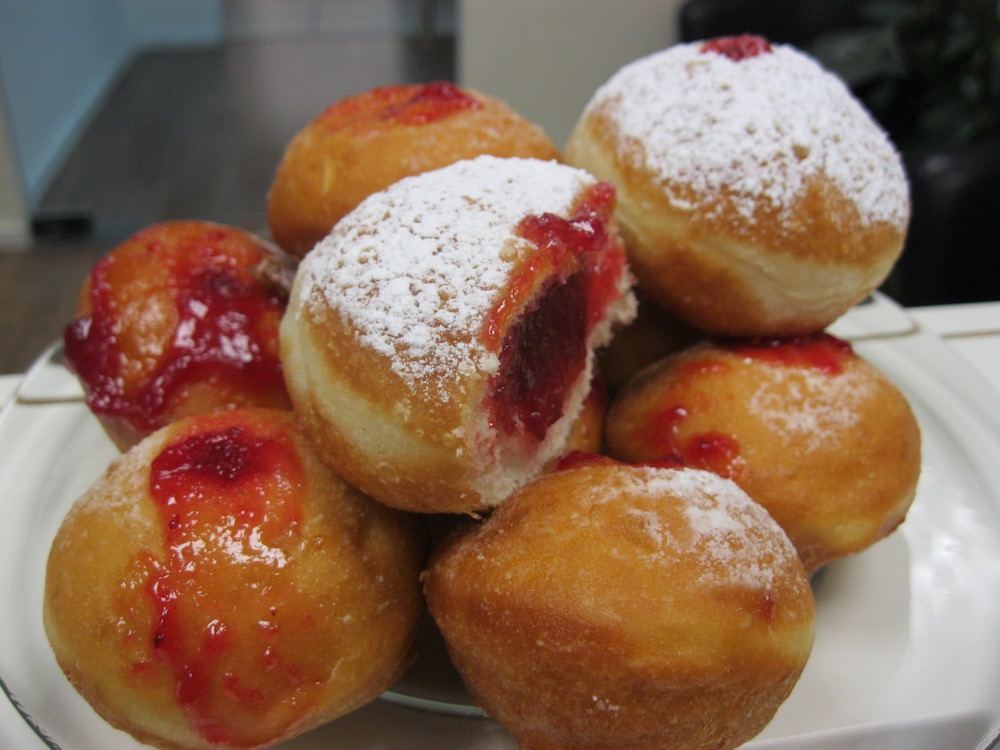 Get Ready for this Jelly (Donut)

While super sweet jelly-filled sufganiyot are the traditional Hanukkah donut option, Gordough’s PB&J takes it to the next level by combining the grape jelly filling with peanut butter icing and morsels. If the resemblance to a Reese's is a bridge too far for some of your guests, assemble a variety pack with their Razzle Dazzle, filled with raspberry and topped with fudge, or the peach-stuffed and topped with cinnamon sugar cake mix Son of a Peach, or even the Blue Balls, filled with blueberries and topped with blue icing. Don’t name any names when your Bubbeh asks you what you’re contributing this year.

Pig out on Pierogi

The presence of potatoes in these savory little dumplings should be enough to satisfy any latke purist, and there are few more winter appropriate foods than crispy potato dumplings, fried in a pan and served with sour cream. The folks at Apolonia Catering will make them for you in bulk, with a variety of customizable fillings ranging from vegetables like mashed potatoes, sauerkraut, cabbage, mushrooms, spinach, and sweet potato, to farmer’s cheese and meat, as well as millet, buckwheat, or lentil. And make sure you tell them to leave off the bacon on top!

Learn to Play the Flauta

Even if your mom is still angry at you for your failure to properly practice your instrument in elementary school, throwing away her hard-earned cello money, we bet you can win back her approval with a couple of flautas from What the Flauta?, a mini food truck bringing Asian fusion flare to the traditional canvas of wrapped protein and crispy tortilla. Live up to your name with the Cocky Chick – braised chicken, wild rice, and house fondue – or keep it in the family with the Uncle Phil’s Cheesesteak, stuffed with ribeye bulgogi, caramelized onion, bell pepper, and four cheese fondue. Vegetarians can even get in on the fun, with the guacamole, veggie medley, and house fondue-stuffed Ol’ MacDonald's Farm. 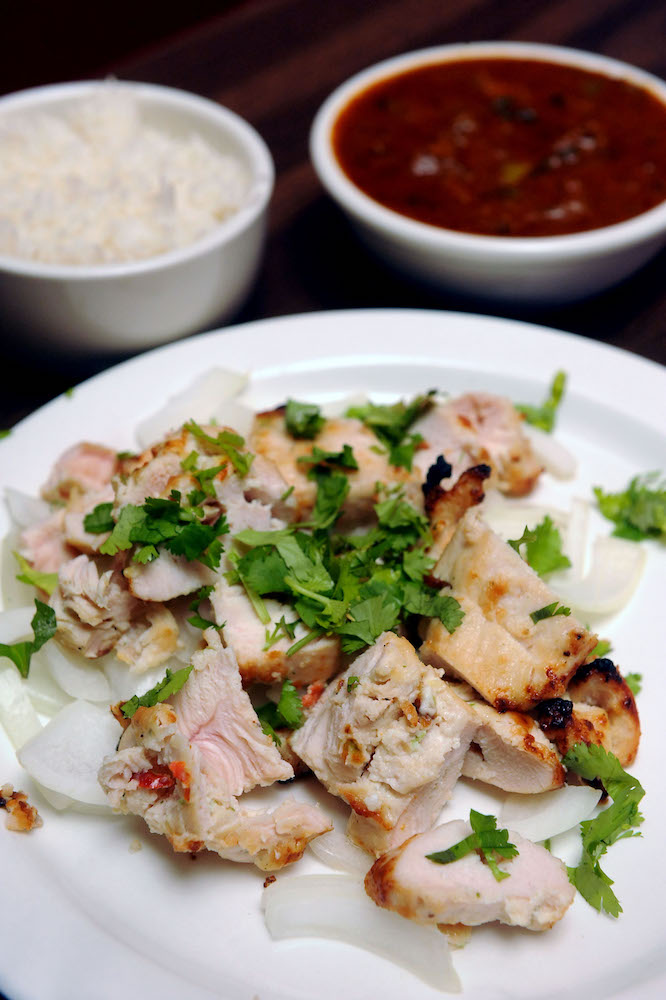 Some of the fare offered at Teji's (Photo by John Anderson)

We really tried to narrow down the Indian options here. We really did! But Northern Indian cuisine offers so many delectable fried vegetarian Hanukkah appropriate bites that the best we could do is get it down to two: samosas, whose spicy potato filling makes them a perfect swap for latkes, and gulab jamun, the syrup-soaked North Indian donut that would do anybody’s bubeleh proud. You can get both at Teji’s Indian Grocery, where the samosas come two to an order, crispy-bottomed and stomach-fillingly huge, and the gulab jamun is light, not too stodgy sweet from the syrup, and has a nice cinnamon note.

Celebrate the longtime association of Jewishness and Chinese food with a box of rolls from Angry Egg Roll. While you should probably save The Drunken Master, their Cantonese-style pork egg roll, for a day when you’re feeling safer about eating treif without incurring the eternal wrath of your ancestors, their Grasshopper roll, filled with shredded vegetables and garlic toasted caramelized cashews is both wildly non-traditional and deliciously Hanukkah table appropriate.