And don’t forget to order Olamaie’s biscuits before Friday 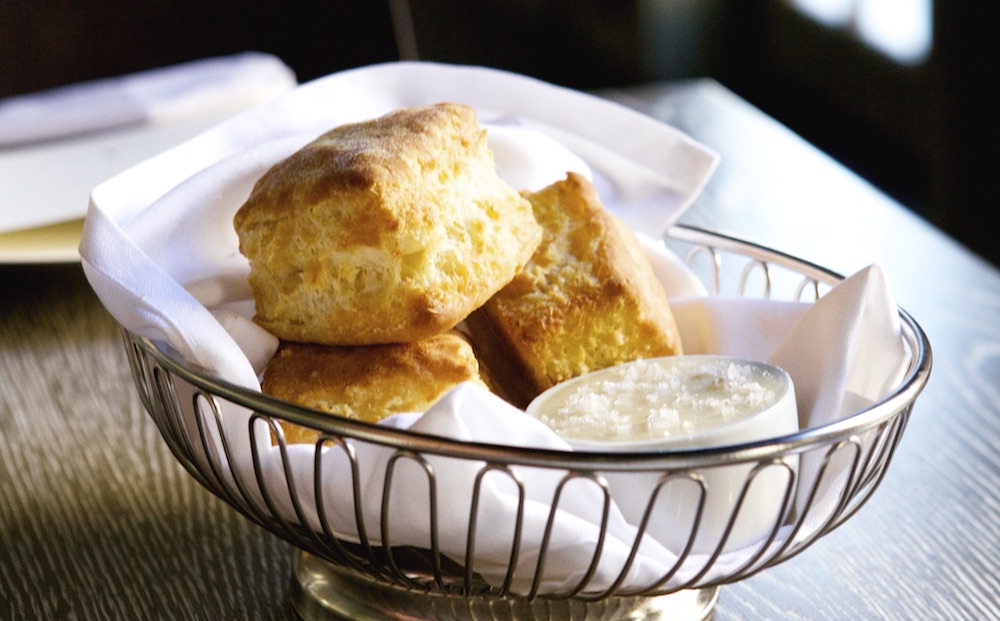 As gifting season sets in in earnest, Olamaie's famous off-the-menu biscuits will be available for pickup for the holidays again this year.

Interested biscuit fans and the generous gifters who love them can place an order online on Olamaie’s website, unless you want more than three dozen, in which case you should email them at biscuits@olamaieaustin.com. Thanksgiving orders must be placed by Friday, Nov. 16, and Christmas orders by Dec.19. And eight days of celebrating means you get a little more leeway if you need biscuits for Hanukkah. 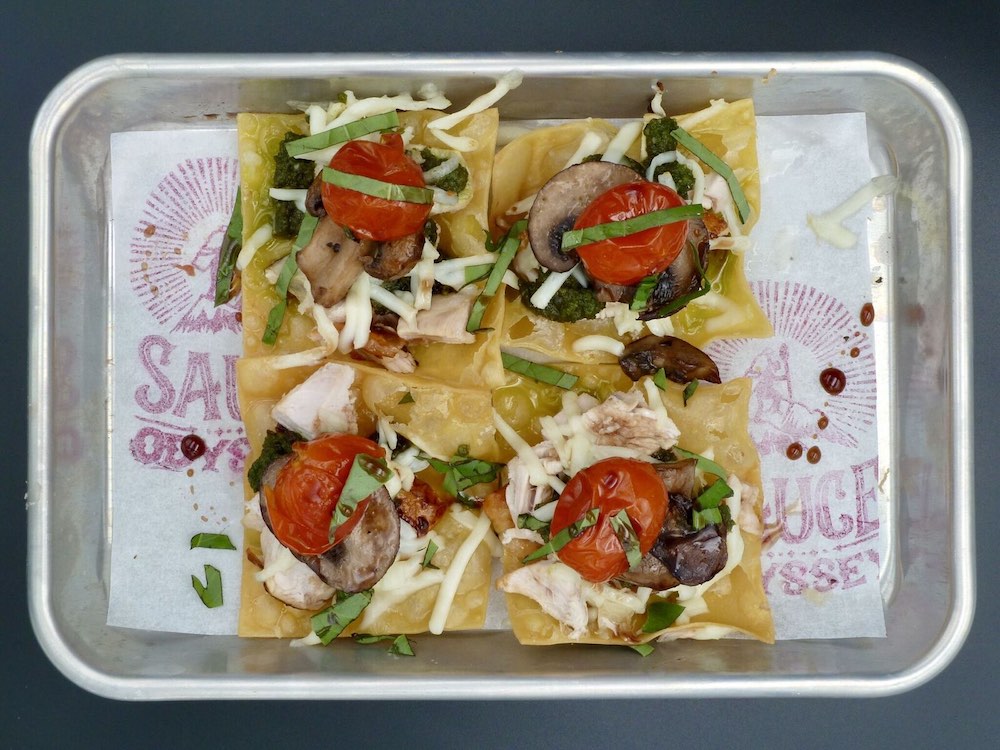 Sauce Odyssey, a new East Austin food trailer devoted to showcasing small batch sauces and condiments from around the U.S., has announced that they’ll be opening later this month. The food trailer/sauce stand is the brainchild of Rod Crosby, who became interested in small batch sauces when he started doing sauce procurement in 2015, traveling to sauce and food festivals across the country searching out unique flavor combinations.

“I’ve had so much fun traveling to different sauce festivals these past few years to meet with sauce makers face to face, hear their stories, and form direct relationships with them,” says Crosby. Central to the Sauce Odyssey concept is the 14 sauces that will rotate through the sauce tasting bar. They’ll also be used in the recipes created by consulting chef Judd Servidio and chef de cuisine Jared Smith in dishes like nachos with a weekly house queso, chicken thighs with a weekly gravy, and, of course, wings.

Don’t forget that you can totally bribe the kids’ table with ice cream. Through November 23, Lick Honest Ice Creams is partnering with Imperfect Produce to create a limited-time fall flavor based on ugly produce. Called Spiced Sweet Potato Pie, the ice cream combines house-made vanilla marshmallows and molasses cookie crumble with imperfect sweet potato purée. The new flavor is available until the day after Thanksgiving* in all Austin locations of Lick. 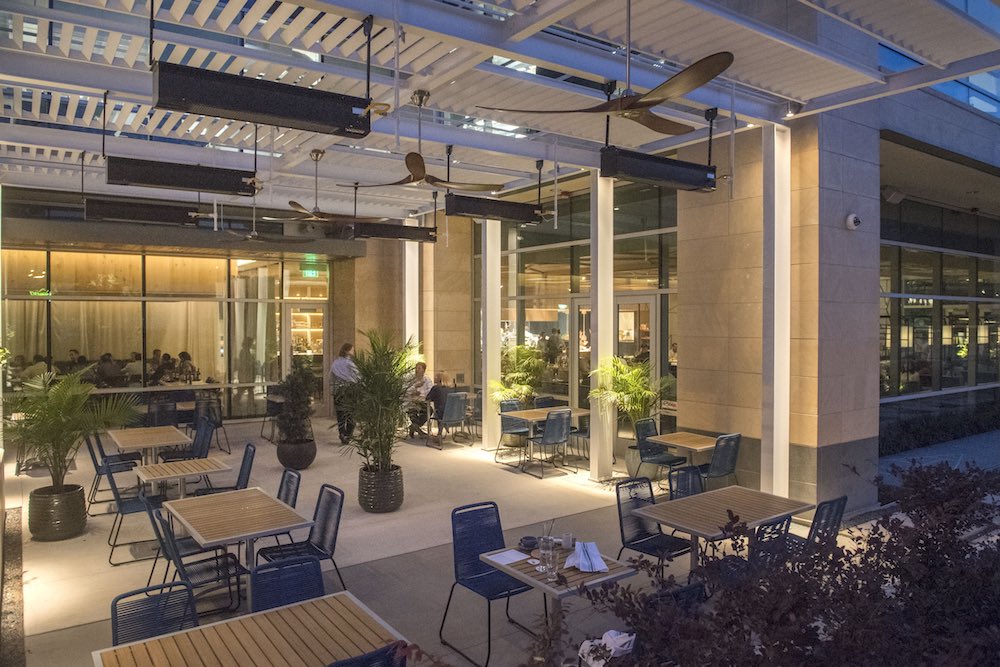 Progressive seafood restaurant Guild announces the launch of Wine Down Wednesdays, featuring a list of 12 bottles curated by sommelier Lindsay Drew offered at 50% off. It’s the perfect accompaniment to their new fall menu, with items like fish dip with salmon rillettes and celery root confit, bouillabaisse with duck fat potatoes, and barley risotto with royal red shrimp, chanterelle, and rutabaga.

Hot off their second-year-in-a-row "Best of Austin" win for Best Cocktail Bar, Whisler’s has debuted a new fall cocktail menu of autumnal-themed drinks based on the most popular flavors of the season. There’s the Sleepy Hollow (bourbon, pumpkin shrub, maple, and coconut milk), the Rabbit’s Run (gin, carrot, pineapple, lemon, poblano, honey, and ginger), the Log Lady (brandy, rum, lemon, spiced cider, bitters, and mint), and many more elaborate concoctions guaranteed to land you in the bathtub before the evening’s through.

As temperatures cool, Independence Brewing Co. offers fall releases designed to keep spirits high and bodies warm. Seasonal favorite Shiny Diamonds has returned to the menu, along with new additions Cherry Redbud, inspired by the traditionally tart and lemony Redbud Berliner Weisse with a round cherry finish, and the Tangerine Highboy, made from flaked barley and eight pounds of tangerine purée per barrel. 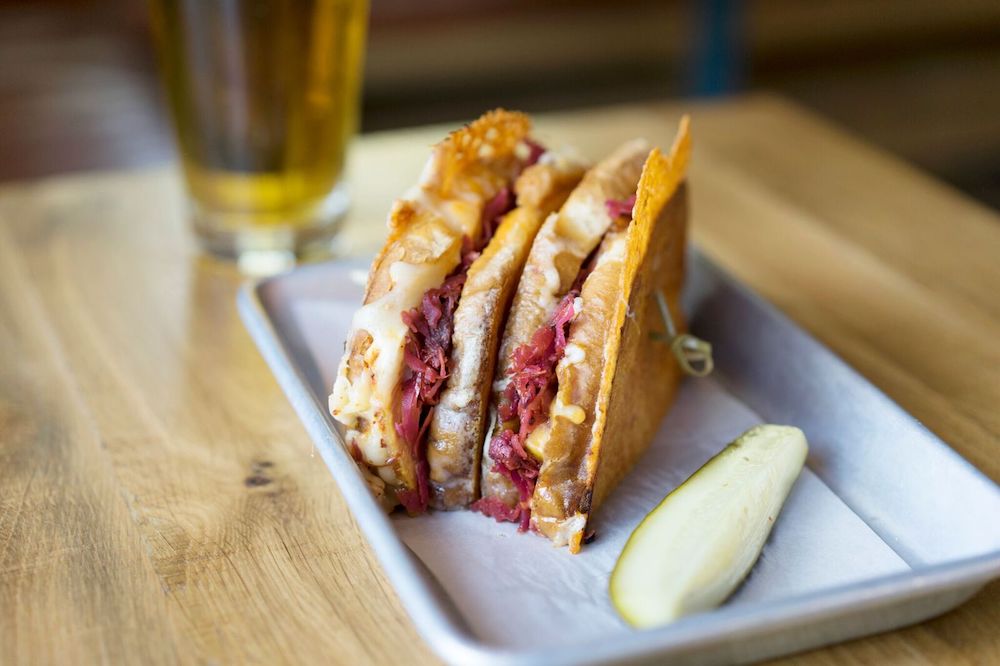 The Loro Reuben (from Cultivate PR)

Loro is kicking off the holiday season by adding three new seasonal menu items.  Between 11am and 5pm, guests can sample their turkey Reuben, with bacon-braised cabbage and Muenster cheese on sourdough bread. And happy hour brings two new sweater-weather drinks. There’s the Hanuba Snowstorm, which they describe as Loro’s take on a Frosty – a creamy blend of Wild Turkey bourbon, Cuvee coffee, crème de cacao, whole milk, and cream of coconut, with the option of an additional 1-oz. bourbon floater. If that sounds a little too baroque, there’s always the Tiki Rum Yum, an ode to tiki-style drinks featuring infused white rum with cilantro, jalapeño, cinnamon, and tamarind.