Don’t shave. Do eat Italian food and have liquor and bread delivered.

Last week musician-turned-baker Ryan Goebel announced the opening of the physical location of ThoroughBread, a small-batch bakery specializing in all-organic flour and naturally leavened sourdough based on a ferment Goebel has kept alive for the past three years. Goebel started baking in 2015, delivering throughout the neighborhood before taking the leap and opening his first physical location.

“You simply cannot make great bread in a couple of hours.” – Ryan Goebel

The menu of the one-man shop includes both sourdough (including white, whole wheat with seeds, rye, and olive loaves) and traditional (including white, whole wheat with seeds, cinnamon raisin, and gluten-free) breads, as well as cookies and savory breakfast pastries, all of which are available for in-store pickup or delivery (just within the 78704 area for now, but eventually throughout the city). All the in-house bakes are made of organic flours, and based on a slow rise process. “You simply cannot make great bread in a couple of hours,” says Goebel. “It takes days to produce a high-quality product.”

This is a friendly mid-month reminder that Lone Star Court is hosting its fifth annual No Shave November celebration benefiting the American Cancer Society. Aside from the new patchy beards on servers, Lone Star Court and the Water Trough, their onsite restaurant, are offering a selection of themed cocktails benefitting the cause: Think the Mustache Mule (vodka, cranberry juice, lime, and ginger beer), The Long Island Goa-Tea (a life-ending mixture of vodka, gin, rum, triple sec, lemon juice, lime juice, and cola), and the Manly Margarita (bourbon, cointreau, and housemade margarita mix). Twenty percent of all proceeds will go to the ACS, and tip extra because your bartender is probably saving up for a really nice razor come December 1. 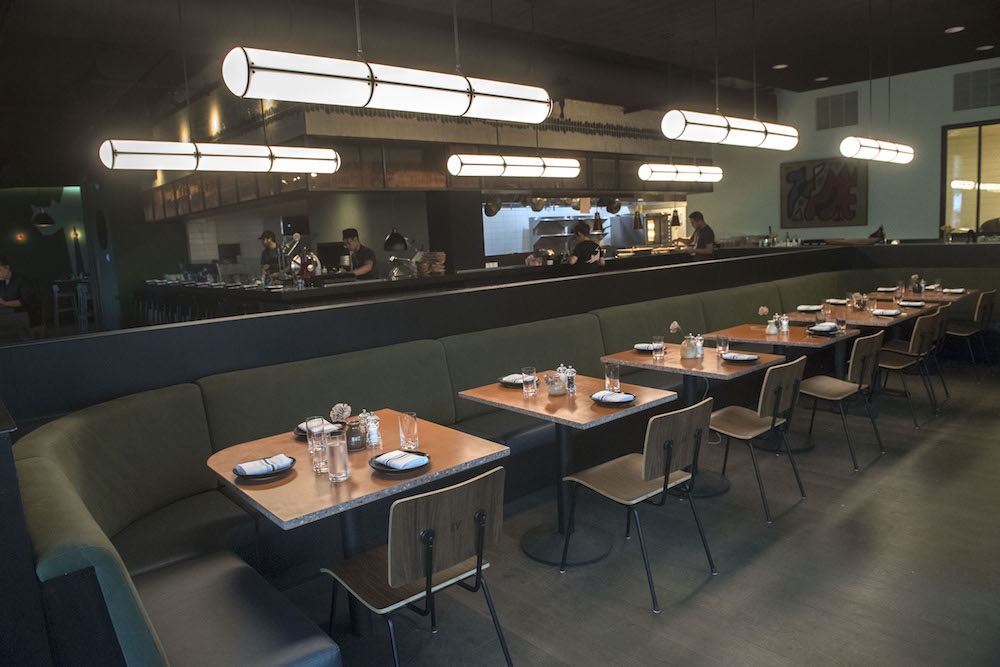 This month Il Brutto boasts three new weekly events. Tuesdays are Italo Nights, with DJ crew Flying-Turns spinning 70’s and 80’s Italian disco records on the patio during happy hour. Thursdays are Musica on the Terrazza, with Jazz group Django Foxtrot playing classic jazz tunes beneath the live oak tree on the patio to accompany a weekly house made gnocchi special. And on Sundays they celebrate the art of the Aperol Spritz, Italy’s favorite cocktail, with sets from DJs King Louie and Soy Ella Ella as guests nibble on Italian breakfast specials and sip on $5 spritzes and $3 mimosas.

“Everywhere you turn in Austin, there’s live music,” said Il Brutto General Manager Charity Sadoy. “When you disembark a plane at the airport, there’s a live band playing at the arrival gate. When you walk into a bar, there’s a live DJ spinning tunes. We’re taking Austin’s love of music and utilizing it in a way that transports our guests to a typical night in Italy – complete with wine and pasta.”

“The launch of our delivery and pick-up service provides an additional way to conveniently shop.”

Twin Liquors just launched a delivery service for customers throughout the greater Austin area. Customers who spend over $30 on their app or website can request delivery of their order right to their door. Spending less than $30 but still pressed for time? No worries, you can always pick up your online order in store. “Twin Liquors began as a neighborhood store, and we always strive to maintain that personal shopper approach while meeting the needs of our customers, which today means saving them time,” said Margaret Jabour, Executive Vice President of Twin Liquors. Hotel Ella has just hired on a new executive chef for Goodall’s Kitchen, the American bistro style restaurant located inside the hotel. Chef Austin Rocconi grew up in a food-centric Italian American household, and became interested in working as a chef when he got a job as a dishwasher while attending Delta State University. After attending the Pasadena branch of Le Cordon Bleu, Rocconi honed his skills in kitchens across the south and on the West Coast before moving to Austin to join the Hotel Ella Team.

His first move in his new position as as executive chef will be to launch a fully reimagined fall-inspired menu, drawing inspiration from seasonal ingredients and his past culinary experience. The new seasonal menu items include such delectable dishes as charred butterkin squash with rutabaga and roasted apple purée, fresh apple, pecans, feta and red shiso, and Windy Meadows chicken breast with spaghetti squash, coconut cashew purée, and green curry.

The Take-Out: August 8
Your guide to the weekend's best bites