From Spooky to Swanky, October Is Full of Food Fun

You might want to skip lunch because there are several dinners happening today, October 18. We've also rounded up specials running through the end of the best month of the year. 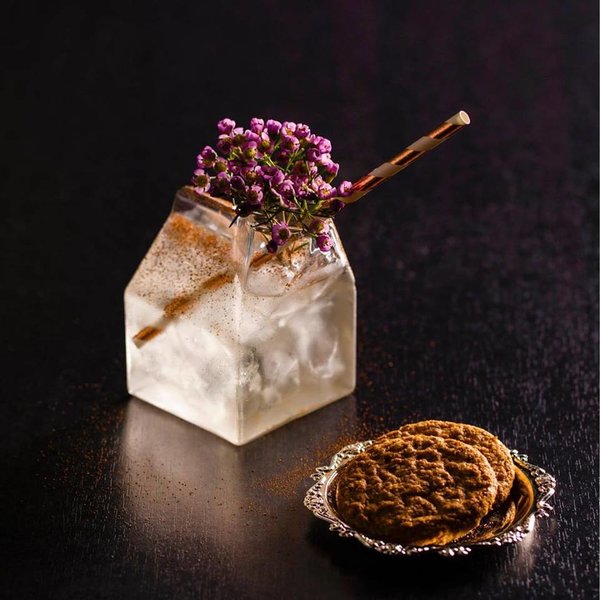 The Roosevelt Room has debuted an all-new 80-drink menu. Intensively developed over the past year and a half by co-owners Justin Lavenue and Dennis Gobis, the new cocktail program features updates to their historic chalkboard menu of classic cocktails, plus 30 brand new creations.

On the classic side of things, they updated the menu of 50 cocktails organized by era with small but impactful tweaks. Think adding Pisco to the Aviation, and spicing up the Lion’s Tale with house-made cinnamon syrup.

“Traditional recipes of some classics require ingredients that are no longer available, or if they are, the tasting profile of the original might be too sweet or harsh for the modern drinker,” says Lavenue. “Our aim is to create the best possible iteration of the cocktail, while remaining loyal to each one’s roots.”

They also deepened the menu with deep cuts like the Pink Squirrel, a midwestern supper club classic based on crème de noyaux, crème de cacao, and heavy whipping cream. The Blue Blazer is based on a flaming recipe from the first bartender’s manual, published all the way back in 1862. Talk about a classic. The House Creations section also gets some pretty radical updates, like a Death in the Afternoon riff called the Death Valley served in a Topo Chico bottle, and the Far From the Tree, made with almond butter-washed Monkey Shoulder Scotch. 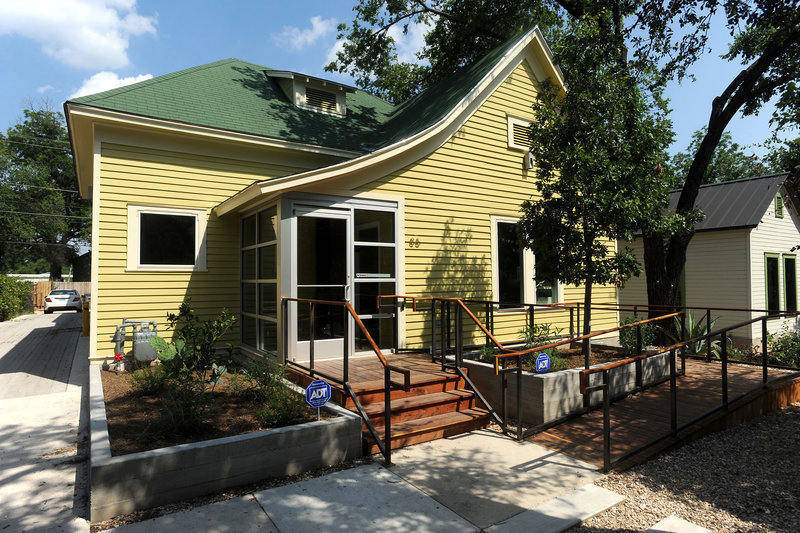 Mexican slow food spot El Naranjo is celebrating Dia de los Muertos celebrations through the end of November, beginning with the launch of an exhibit of Lesley Bradstreet’s photography this week. Captured in Oaxaca, the Mexican region responsible for the inspiration behind much of El Naranjo’s cuisine, Bradstreet’s photographs depict the vibrant colors of the traditional celebrations of the region.

On Thursday, October 18, Il Brutto launches their new Cena Series. Special dinners will highlight the diverse drinks, dishes, and producers of various Italian regions through intimate dinner parties. Each event will focus on a different region, ingredient, or aspect of Italian cuisine. The first event will be a five-course wine pairing dinner highlighting vintages from Calabria, Italy's southernmost region, in collaboration with Librandi Wines. The Librandi family has been growing and producing Calabrian wines for generations, and Paolo Librandi will be joining Il Brutto’s Executive Chef Erind Halilaj in the restaurant’s private dining room as they discuss the lore and terroir of Calabrian wine and cuisine. Tickets are $65 per person and include wine, dinner, and a little education.

SoCo Hotel’s bar Watertrade just launched their new Sunday Sessions, a monthly live music event featuring local artists in an intimate, acoustic setting. The programming runs from neo-soul to your classic Austinite singer-songwriter, and you can lounge in style sipping omakase cocktails from the bar while enjoying a free show. It’s the perfect way to end your weekend. 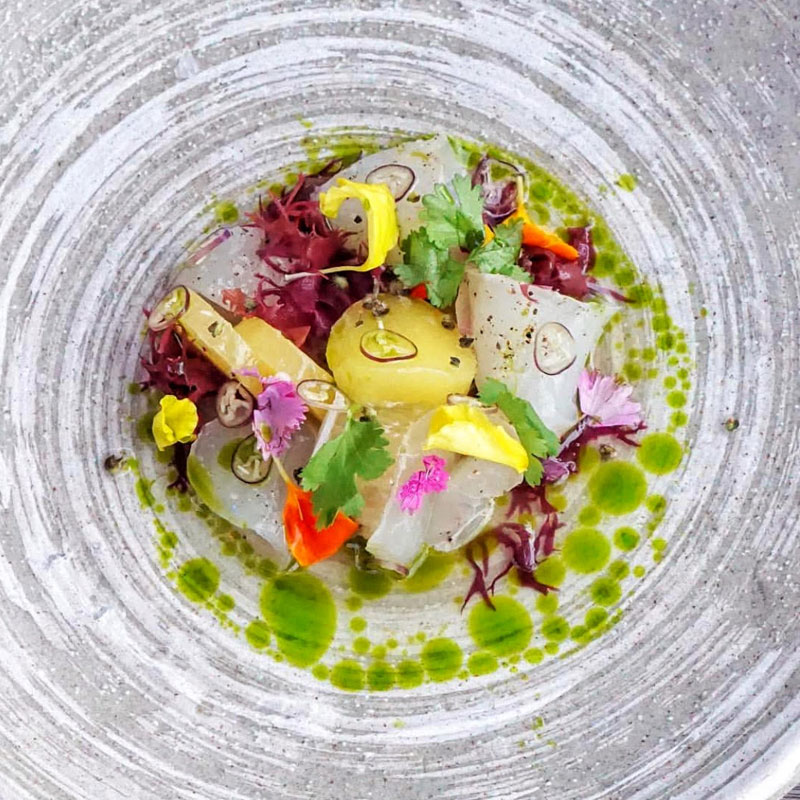 Lucky Robot turns 6 this month and is celebrating with an Anniversary Omakase Dinner on October 18, 6pm to benefit Texas School for the Deaf. Nikkei (Japanese-Peruvian fusion) dishes showcase local, farm-fresh produce and meats, courtesy of Executive Chef Jay Huang and Sous Chef Julio Cesar-Florez, and there will be an optional saké pairing from in-house saké Sommelier Lora Blackwell. Tickets are $65 for two, and a portion of the proceeds from the dinner will go to the local Texas School for the Deaf.

This week William Chris Vineyards announced the opening of the submissions window for the 2018 round of their annual Artist Blend label contest. Each year, local artists can submit work to be featured on that year’s bottle of Artist Blend wine, and have their work featured in the vineyard’s Hye Society Lounge.

“The Artist Blend brings another layer of artistic talent into what we stand for. The contest is one of my favorite things we do because it really opens us up to a broader audience and lets us share William Chris wines with new people and the creative community,” says co-owner Bill Blackmon. Artists can submit from now until October 20 by tagging their submissions #ArtistBlend18 on Instagram, and then following and tagging @WilliamChrisVineyards before submitting the entry form online. 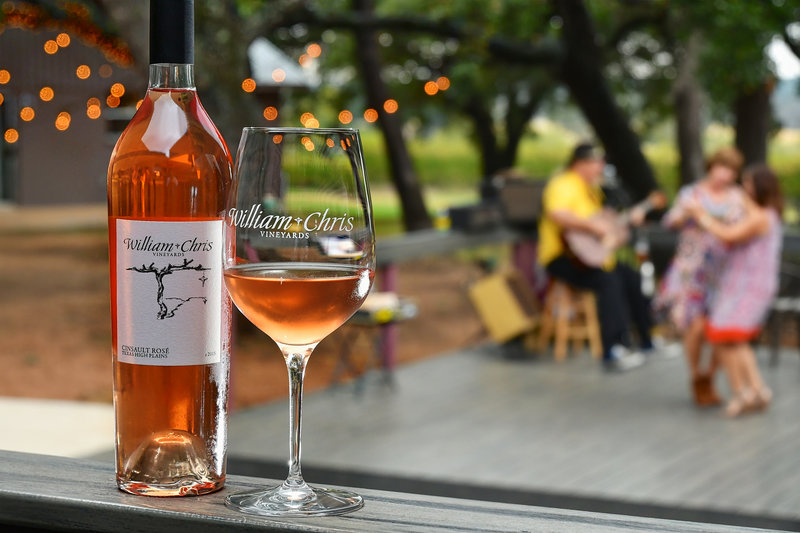 As if that’s not enough, on Thursday, October 18, 5-7pm at the Whole Foods Market at the Domain, Chris will discuss some tips for pairing wines with food while teaching you about the origins of the wines you'll taste together. Tickets are $20.

And, in celebration of Texas Wine Month, William Chris Vineyards' winemakers will be hosting a special event on Wednesday, October 24, at 6:30pm, a wine dinner at the Rotten Bunch Wine Bar + Kitchen (14900 Avery Ranch Blvd. Ste. B-100). Tickets are available online for $125.