Five years ago, the lads who document, write, and publish stories about our hometown’s craft beer hustle tasked themselves with creating a festival that would play out during the hottest part of Austin’s unrelenting summers.

That meant also exclusively inviting only the most refreshing, clean, and crisp bottom-fermented lagers to rinse the six layers of enameled sweat from everyone’s brow. SO METAL. 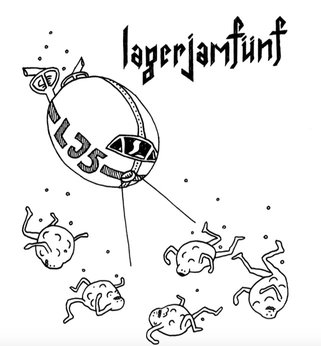 This year, the ABG is sticking with that brilliant source material – lagers-only – but moving the whole operation away from a sweaty outdoor parking lot and into the cool, soothing innards of Spokesman Coffee over in South Austin’s The Yard, presumably to limit the ultraviolet damage to their beerfest brains. As per tradition, entry to Lager Jam is free, with all 27 lagers (see the full list below!) available a la carte while they last. The downright frigid deal, however, is pre-purchasing a LJ Party Pack for $30, which includes a glass, an onsite-printed LJ shirt, three full pours of beer, and a glass of blue Gatorade. Brrr!

Commemorative koozies will be available, so keep your eyes peeled for that essential Austin backpocket accessory. The NXNW Beerliner will be onsite pouring water because lots of scientists have said that this is an important part of day drinking (1-5pm, Sat., Sept. 8). By the way, St. Elmo Brewery, a mere wobble from Spokesman’s front door, is hosting the “After Ales” Lager Jam afterparty, with $1 off their mainstay beers (Carl, Chico, Angus, or Slater) with the presentation of a LJ wristband, glass, or shirt. Go live your best lager life.