What is it about Michigan? Is it some cosmic thing? Am I, with all these Michigan coincidences, getting a glimpse of the gears that the Illuminati turn as they crank the engine of this world farther and farther into whatever future they’ve designed for us all? 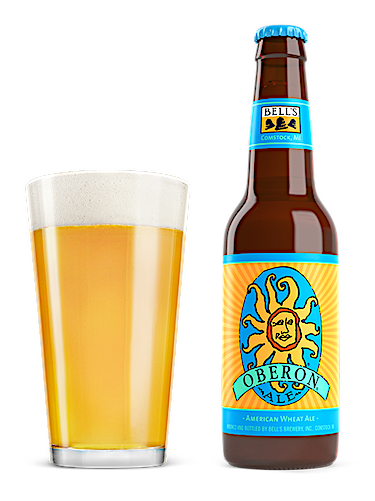 But, no. That’d be pretty damned silly, wouldn’t it? Even though, earlier this week, I had to reference Hell, Michigan, while writing about the weather in Austin. Even though VIA 313, originally heralded in this article of mine, continues to make some of the best pizza – Detroit-style – in our ever-embiggening city. Why, that’s totally in keeping with the known laws of probability.

But, no, I’m a journalist, an occasional food writer – and one who recently experienced the craft beers of Michigan’s Bell’s Brewery at a collaboration they staged with the culinary team of 24 Diner.

Yes, 24 Diner, right next door to Waterloo Records at Sixth + Lamar. Where executive chef Drew Curren and his canny sous John Murphy and Mike Church cooked up four courses of diverse gustatory pleasure to accompany the, well, the diversity of liquid pleasure provided by Bell’s.

If I tell you how succulent the roasted quails were, sitting perfectly crisped atop their classy knoll of corn-and-peach relish, surrounded by the (seemingly ubiquitous, these days) shishito peppers … how the pork consommé could be the unlikely but triumphant hero of some disaster film called World Without Phở … how the seared salmon, delicately darkened outside, was what feasting on the flesh of angels might be like … how the cherry-topped dessert made me Google the term (and embody a newfound craving for) “clafoutis” … if I tell you any of that, it might only make you jealous. But maybe it’ll also spike anticipation of your next visit to 24 Diner. Because, after all, chef Curren is in charge of that establishment’s kitchen 24/7. And if he’s capable of a feast like this Bell’s Brewery collab, then – well, you do the math, citizen, after you’ve stopped drooling long enough.

And, of course, that Michigan-based concern, Bell’s, the north country brewery with liquid assets that’ve been busting local thirst since they were first featured at Hopfields in February of last year.

We know our local barleycorners are continually kicking ass in Austin and around the country – although, just between you & me, the entire universe can cease to exist as long as Eastciders is still available somewhere in the void – but everyone enjoys what’s being produced beyond our familiar territories, too, right? Especially when it’s really good? Which is why, in the frothy wake of last night’s pairings, it’s edifying to note that Bell’s line of craft beers (especially, we recommend, their American wheat ale called Oberon and the cherry-sweetened Belgian goodness of Pooltime) are available at Central Market, at Spec’s, and elsewhere – and at pubs Easy Tiger, Banger’s, Jackalope, Brew & Brew, and many others throughout our bustling metrop.

So, as this year’s summer continues in its harsh intensity, as fall arrives to rescue us from the threat of heatstroke and rolling brownouts: Chin-chin, Michigan! And keep those coincidences coming.