Sugar highs and alcohol are a surefire way to make memories

One of the purest child joy pleasures of summer is following up a long afternoon of swimming and sunshine with an evening ice cream cone. Even better is the adult version of those evenings, where you nurse your inevitable sunburn with a couple of cocktails as you watch the sun go down. 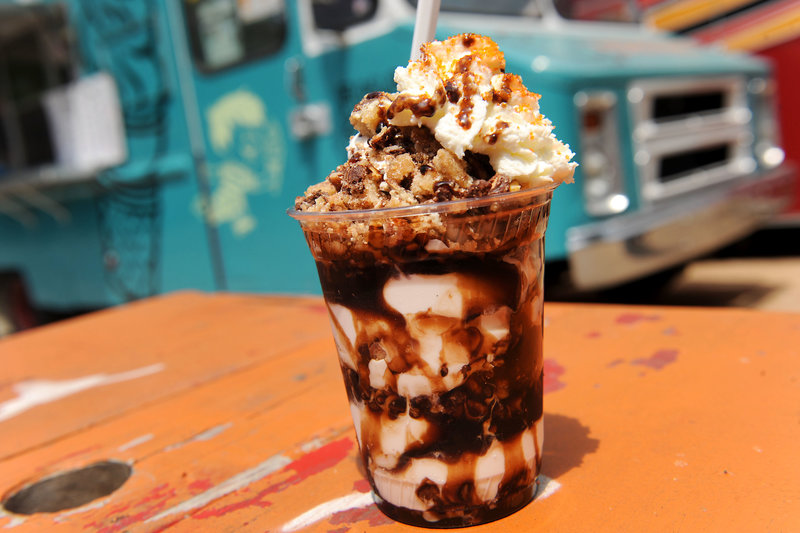 Especially in Texas, where summer nights can be as hot as summer days, cooling down in the most impractical and caloric way possible is a pure joy. In Austin, this summer, joy of joys, you can have the best of both worlds, at one of the many ice creameries that specialize in ice cream with a boozy twist.

To celebrate their two year anniversary in Austin (the terrible twos are the perfect time to introduce ice cream), the good folks over at Cow Tipping Creamery are launching a new series of alcoholic shakes, and they’ll be taking up permanent residence on the menu of neighborhood Italian standby, Cane Rosso. We’re partial to the Pancakes and Sizzurp, which is horrifying to have to order out loud, but delicious to drink. It’s a somehow not too sweet blend of vanilla soft serve, buttercups schnapps, and maple syrup, topped with a spritz of whipped cream and a crushed cannoli shell.

The Alamo Drafthouse is the granddaddy of boozy milkshakes, serving a full menu of adult shakes. While lesser venues might just throw a couple of shots of well whiskey into their regular shakes, the geniuses at the Alamo have developed milkshakes perfectly blended with top shelf liquor, or, if you like to keep things on the lighter side, a 512 Pecan Porter. We’re fans of the Grasshopper, an amazingly refreshing take on the classic refrigerator pie, with vanilla ice cream blended with creme de menthe and creme de cacao. Somehow, having a boozy milkshake with your rather R-rated matinee adds an extra layer to the surreal feeling of exiting a cool dark theater into a bright summer afternoon. 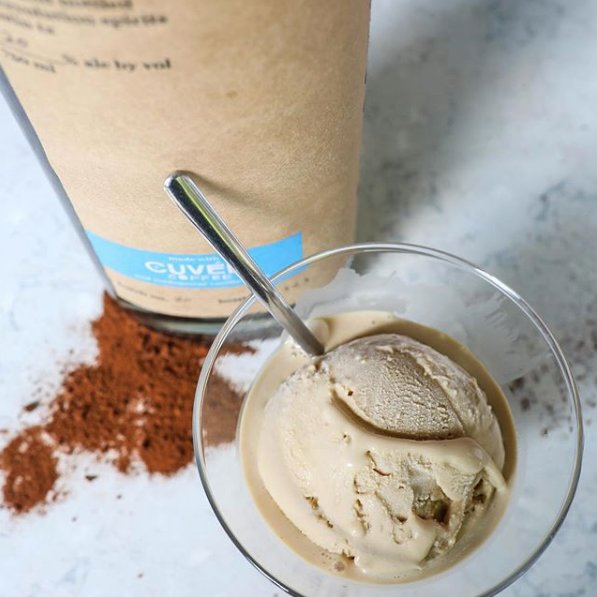 You know that feeling you get when you’re a little kid and just give yourself the craziest full body sugar rush? I’m talking chocolate on an empty stomach, bouncing off the walls kind of deal. Recreate that magic for your adult self with Prohibition Creamery’s spiked Vietnamese coffee ice cream, which is like your run of the mill mocha heightened to the nth degree. The custard base is flavored with espresso and sweetened with condensed milk, which will give you the wall bouncing headrush of days of yore. Now, with alcohol!

The genius thing about the milkshakes at Peche is the way they aren’t just alcoholic versions of familiar desserts flavors. Instead, the soda jerks manning the blender at Peche seem to take a cocktail concept and vastly improve it with alcohol. Take the Share the Pear, which blends vanilla ice cream with a sherry base and a splash of St. George spiced pear liqueur, which combines a Bartlett pear liqueur with notes of cinnamon and clove. It’s sophisticated, delicious, and perfectly adult.

You have to get lucky for this one, but occasionally, in the summertime, the ice cream geniuses at Amy’s will have grown-up only ice cream flavors available alongside their usual round up of family-friendly, locally sourced flavors. If you can, try to track down the illusive amaretto peach, with the apricot pit infused sweet liquor that’s a perfectly haunting counterpoint to the summer sweetness of the peach. It’s a lovely reward for wrangling your way through those crowds of kids eating rainbow sprinkle dipped cones.