Throughout the summer, and into the fall (which, face it folks, is usually hotter than proper summer anyway), Austin Food and Wine Alliance will be bringing culinary stars from around the country to Austin for the popular Wine & Dine series. We chatted with celebrity chef Matt Jennings about bringing a taste of New England to Austin. Proceeds from the four dinners benefit AFWA’s culinary grant program which provides financial support to those bringing culinary innovation to the Central Texas community. Kicking off the series tomorrow, June 28, is an East meets South melange. Matt Jennings of Boston’s The Townsman will collaborate with Olamaie’s chef Michael Fojtasek on a dinner that will blend the nouveau New England flavors Jennings specializes in with Fojtasek’s passion for the traditions of Southern food and hospitality.

“When Michael first mentioned this opportunity,” says Jennings, “my instant thought was a Northern boy meets Southern boy thing, taking recipes from my book rooted in New England tradition and adapting them to Southern food culture and what Michael is doing. We thought that would be a fun dichotomy to present.” 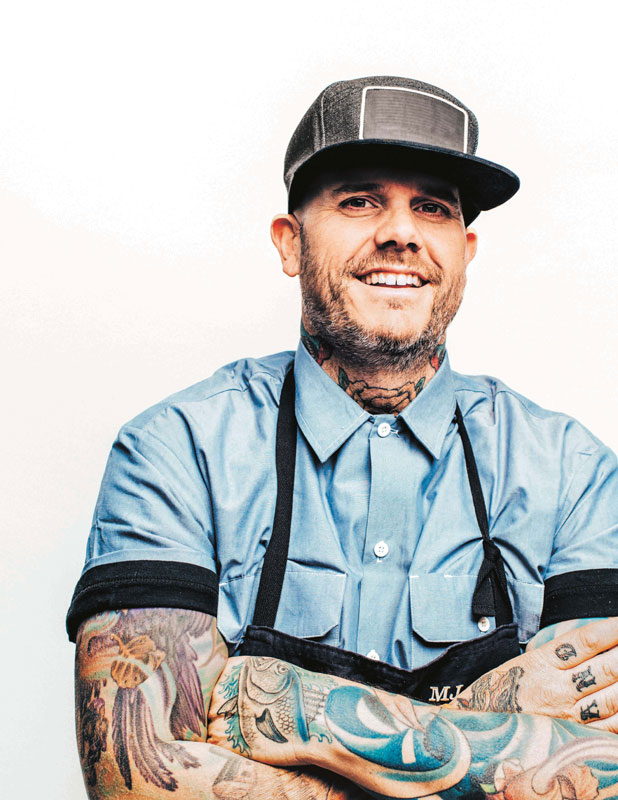 Fresh off the book tour for his debut cookbook, Homegrown: Cooking from my New England Roots, Jennings was inspired to bring the flavors of New England to an audience that might have a, well, limited view of the culinary wonders the East Coast has to offer. “A lot of people think New England food is just about clam cakes and chowder and lobster rolls. But it’s so much more than that. We celebrate those things, but we also want to introduce people to a new side of New England food they might not be familiar with,” says Jennings. He strove to capture this unique cuisine in Homegrown, which he calls “a cool amalgamation of recipes from growing up in New England in my youth, and Farmstead, my first restaurant in Providence, and what I cook now in my restaurant and my family at home.”

Jennings says it was important to him to create a book with accessible recipes: “not intimidating, made with ingredients you can find at the grocery store but focused on quality techniques – a cookbook people actually use, not just a coffee table book that sits somewhere with a glass of wine on it." He says, “I wanted it to be one of those books that gets flour on it, oil stains. At this dinner we want to celebrate the conviviality I celebrate in the book, how food, dining, and the table helps bring us together and build relationships. That’s what it’s about – about people.”

After his fall book tour schedule ended up being too hectic to make cooking with Fojtasek work, Jennings says he jumped at the invitation to come to Austin. “I was interested in coming to Austin because I love it, and also wanted to hang out with Michael. We’ve always had a blast hanging out and cooking together, and when he mentioned it might be an opportunity I was like ‘yeah, let’s do it.’”

Together, Jennings and Fojtasek will work to put a uniquely Texan spin on some classic Northeast flavors. “We took all the recipes from the book to create the menu,” says Jennings. “Michael made suggestions and put his spin on them in terms of what’s available, what’s in season, and what’s exciting to him.” 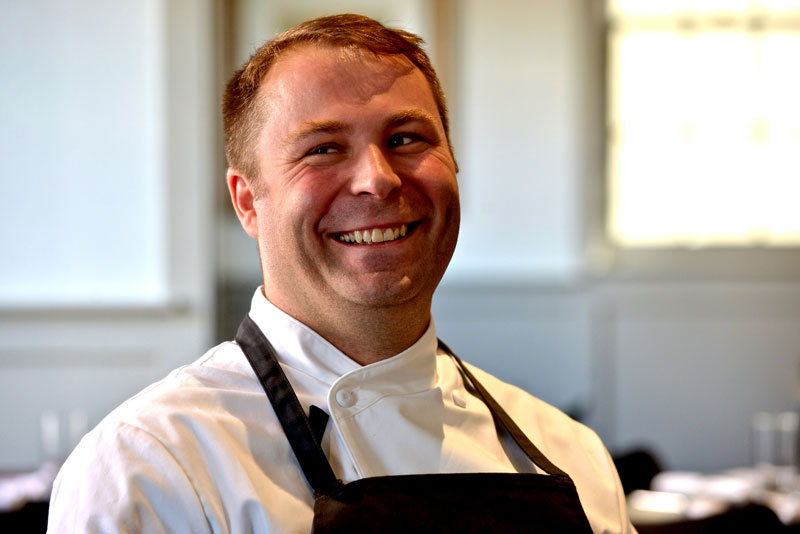 This Austin spin shows its stuff in dishes like a larded hand biscuit served with shaved ham, which Jennings serves back in Boston in a nod to seafaring traditions. “It was a common snack for seafaring young men during the revolution,” says Jennings. “Food preservation has always been a huge thing in New England, and we celebrate that ethos here.”

For the five course AFWA dinner (with wine pairings!), Fojtasek is putting a Southern spin on this nautical delicacy by replacing the biscuits with hush puppies made from Carolina Gold rice. There’s also a scallion pancake with marinated peekytoe crab salad, inspired by The Townsman’s proximity to Chinatown. For Thursday's dinner, Fojtasek is replacing the pancake with a hoecake, the quintessential Southern flatbread.

Ultimately, Jennings hopes that Austin diners will discover surprising resonances between Southern and Northern culinary traditions. “The South has obviously been going through an incredible food renaissance in the last few years,” he says.

“I’ve always said that New England contains as many amazing stories and food traditions. We have the same touchstones to pull upon here, whether it’s the coastal fishing community, the interior woodlands, or the incredible immigrant communities we celebrate in our region. There are a lot of stories we can tell through food. At our best, chefs are just storytellers. And we can only tell stories as good as our ingredients we begin with. This event is a way for me to share that story of New England food and community.”

The dinner is Thurs., June 28, 6:30-9:30pm. More details and tickets are available at www.austinfoodwinealliance.org/2018-wine-and-dine/