Austinites are fortunate to live in one of the nation’s best food cities, with great new restaurants opening nearly every day, fabulous dishes to blow disposable income on, and happy hours full of delicious frivolities. For most of us it’s pretty much impossible to comprehend what it would be like to not have even the most basic nutritional needs met. 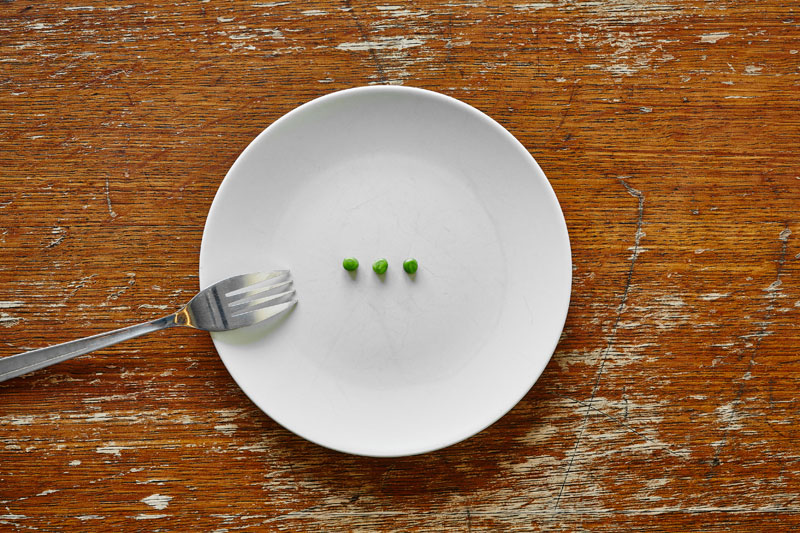 Forget the luxury of choices our city affords those with enough resources; imagine just struggling to amass enough calories to survive, to feed your children.

Sadly, this situation is the daily reality for thousands of women all around the world who suffer from maternal malnutrition. The devastating crisis impacts not only mothers, who during pregnancy are made vulnerable by poor nutrition, but also their children, who will deal with the negative effects of malnourishment from the early weeks of their lives for years to come. Studies show that children of mothers suffering from maternal malnutrition suffer from side effects like stunted growth, reduced cognitive ability, and reduced school and work performance, which lasts into adulthood.

According to Carla Cook, the communications director of Circle of Health International, an Austin-based nonprofit that provides reproductive, maternal, and newborn health care in crisis settings around the world, “Maternal malnutrition has a profound effect on children’s development and can contribute to continuing the cycles of poverty and malnutrition, especially when you consider the communities we’re in around the globe where women are starting out at below zero in terms of equality.”

Between June 18 and July 1, Circle of Health International is raising awareness of this critical issue with the In Her Shoes campaign. They’re asking healthy, safe Austin mothers to try living off the typical daily diets of one of their five profiled women from vulnerable communities in Syria, Nigeria, Puerto Rico, Haiti, and Nepal. For one day, challenge participants will consume only the foods eaten by their chosen woman, each of whom lives off a food budget of approximately $2 a day. 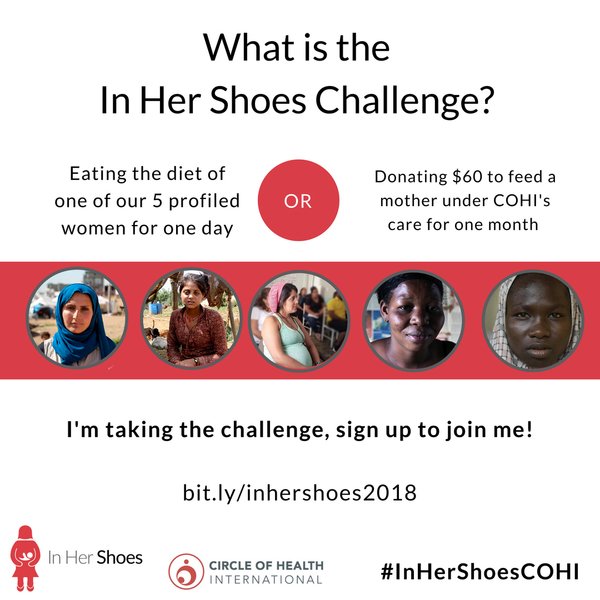 The campaign aims to raise $30,000 to go toward COHI programs supporting vulnerable mothers and babies, including helping hurricane survivors, providing reproductive care and training birth workers and midwives, and helping keep the electricity running at the last hospital in Aleppo.

“I’m doing the challenge myself next Tuesday,” says Cook, “and when you do something like this, especially as a Westerner who has food at their disposal at every turn, it brings a lot of understanding of what these women are going through. If you’re hungry, how much harder is it to cope with a war like the situation in Syria or the hurricane in Puerto Rico? Food is at the base of it all. When you don’t have that to work on, any additional problems are going to be compounded. We’re extremely lucky, and being reminded of that every now and again can’t hurt.”

To sign up, visit the website for In Her Shoes and chose a woman to shadow. Those whose health or circumstances prevent them from taking the challenge are encouraged to donate to the cause. Just $60 can feed a woman for a whole month.

UPDATE: COHI announced on Twitter on Monday afternoon that, "In response to the current crisis at the TX/Mexico border, a 6th challenge has been added for a woman in the Rio Grande Valley. Funds raised will go towards medical care for immigrant families being separated at the border."