Sam’s Bar-B-Que Is Open, For Now 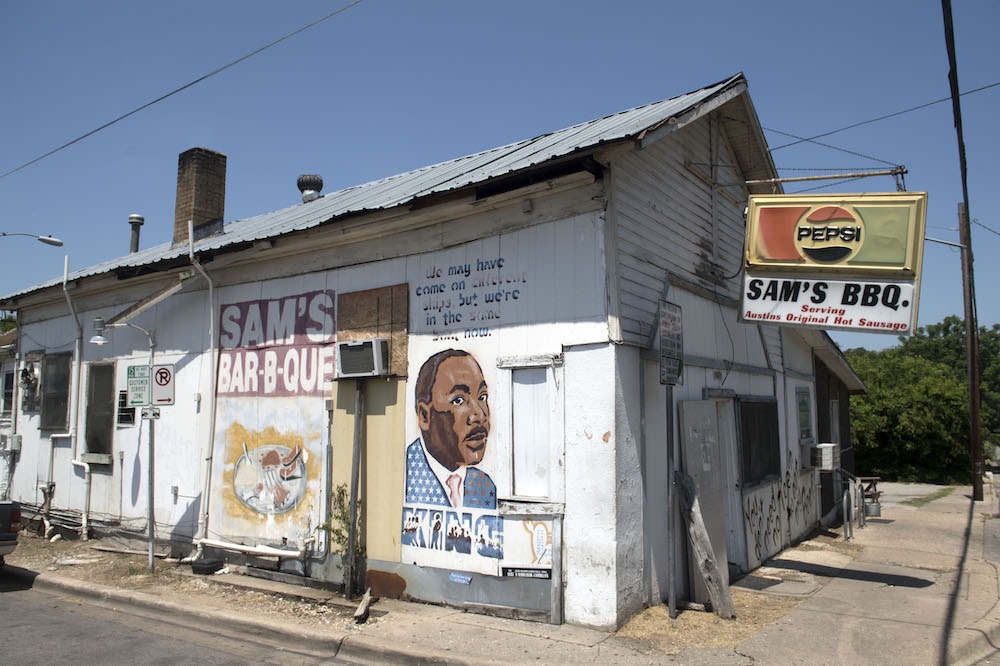 Despite concerns from longtime patrons, Sam’s Bar-B-Que on E. 12th remains open for business. The news comes as a relief to many because this iconic spot has been serving the Eastside, and the rest of Austin, homestyle barbecue for more than six decades.

Still, current owner Brian Mays, who inherited the restaurant from his father, Dan, warned the Chronicle this week that while he is committed to keeping Sam’s Bar-B-Que open, he’s also fielding increasingly rich offers on the highly coveted 12th Street lot. In fact, Mays explains that developers recently offered him $3 million so they could demolish it and put an apartment building topped with condos on the site.

The outside wall of the small white building features a painted bust of Martin Luther King Jr.; the inside houses the brick pit, seasoned for decades, where they slow-smoke meats from beef to mutton. Sam Campbell opened his eponymous restaurant in 1957, and when he died in 1976, the Mays family took over, maintaining the focus on good food and good community ever since.

It’s that very sense of community that keeps the doors of Sam’s Bar-B-Que open. Mays says a major reason he turns down the offers is because people in the neighborhood plead with him to stay open. Sam’s is a stalwart in a rapidly changing area where many beloved black-owned businesses have already closed. But with developers from Dallas to California regularly calling Mays, it’s not much of a stretch to imagine another offer coming along in the near future. And next time, it might simply be one that’s too good to pass up. 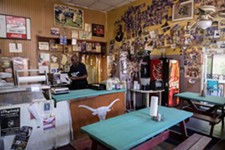