I Learned to Cook at Bad Restaurants

One day I was scrubbing melted cheese from bowls of French onion soup, unaware that the smell of mozzarella and dish soap would haunt me for the rest of my life. I thought, "What if I was the one that made the French onion soup? That would show everybody." I asked my boss if I could learn how to cook and pretty soon I got promoted. I was 15. Looking back, it's peculiar that they let me do it. I wouldn't ask a 15-year-old to do anything except to shut up immediately. I think they promoted me because they saw that I really wanted to learn. I think that people can always sense when someone cares, and when someone is phoning it in. If you care enough, people will ask you to do things. If you want to learn, people will teach you. What I wanted more than anything in the world was to never scrub another soup bowl.

When I got promoted to the line, I found out my job title was "pasta bitch." My job was to cook and portion pasta all day, and when it came time for dinner, I would listen for the line cooks to call out, "Two linguine! Four fettuccine!" Technically, I didn't do any real cooking unless it was making the store-bought pasta. Even starting at the lowest rung on the ladder, I learned things. I learned how to label, how to store, how to cook pasta without using a timer. I learned how to cool things down and how to move fast. Eventually, I learned how to respond to my new nickname. Months later, I got promoted to fry cook, then flat top cook, then sauté cook, which is what I’d end up doing for a solid ten years.

I remember the owner of the humble, family-owned Italian restaurant being impressed that I was sautéing at age 16. I had just crushed a dinner service, and he called me out to his table to say, "So, you can do stuff like that now?" Sautéing is supposed to be intimidating, but I never found it to be. It always made sense. The heat of a gas burner made sense to me. I knew exactly when a pan was going to be ready for garlic. I knew how to control sauces. I loved to flip pasta and sear steaks. I was getting out of school and doing dinner service for 200 people on Fridays. I was missing football games and parties, and I loved it. The chef called me Doogie Howser.

Looking back, it wasn't the most innovative food. It tasted good to me and my teenage palate, but the menu would be laughed at by foodies today: shrimp and Champagne, steak Diane, ravioli Florentine, things like that. Still, we had some bangers like Italian greens and beans. We would sauté garlic, shallot, white beans, tomatoes, and spinach in a white wine butter sauce, then top it with a whole fried pepper. We had the perfect broth-to-pasta ratio figured out for linguini and clams. Sure, we used sun-dried tomatoes in a few things, but I swear they needed it. All of the sauces were made to order, making my job as sauté cook that much harder. If Italian food is about pasta, Italian American food is about sauce. This was a sauce restaurant, and by all modern accounts, it was a bad restaurant.

You can learn a lot from working in a bad restaurant. One of the most important skills I learned was how to use plastic wrap. Manipulating plastic wrap is right up there with tying your own shoes as far as restaurant skills are concerned. Wrapping tightly, covering chicken as you pound it, using it to form a belt for your pants (I've seen it done) – they’re all essential kitchen skills. Even in the worst chain restaurant, you learn to put folded towel underneath the cutting board so it doesn't slide. You kind of learn how to use a knife (even though they're so fucking dull). You get burnt and you learn about heat. Alfredo sauce is hacky, but you have to learn how to reduce cream, dummy. You learn that chicken stock basically fixes everything. You learn how to yell. You learn how to keep your head on straight even though you're drowning. You learn that you don't want to sweat through your shirt for a living, and then find out much later that you kind of miss it. 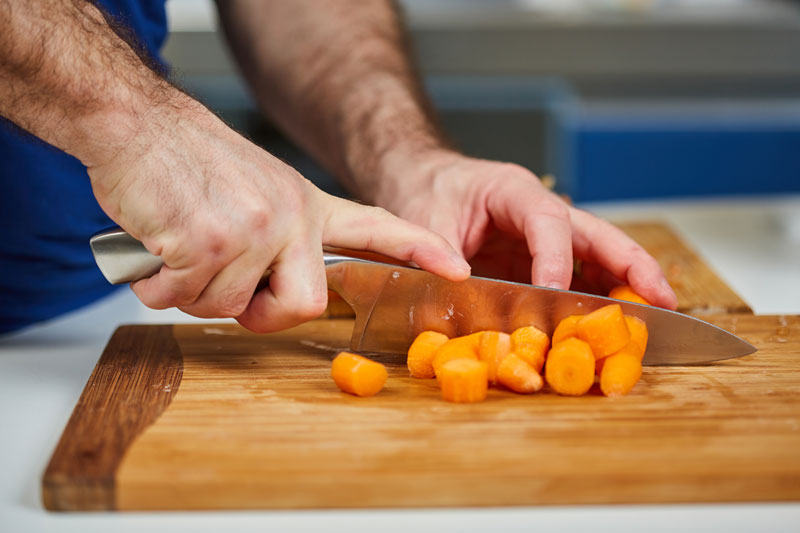 I don't know what culinary school is like. I cooked in restaurants with illegal slot machines and places that pushed cocaine. I've served marble mashed potatoes to small town country club members who thought they ruled the world. I've mass produced ratatouille for casino goers. Once I walked out of a new job that was microwaving eggplant parmigiana. It seemed like a waste of time, but I had to watch someone set the timer on a greasy microwave to know that's not how I wanted to do things. I had to watch a friend of mine snort heroin to realize that I definitely never want to try heroin.

I can't put a price on how much I learned as a cook because it wasn't college. It was accessible learning. It's school that pays you. That's the great thing about bad restaurants. Anybody can work there. Now I’m in L.A. trying to figure out how to make a living doing comedy. It’s structureless – and I love it – but the fact that there isn’t somebody telling me to slice carrots is kind of maddening. 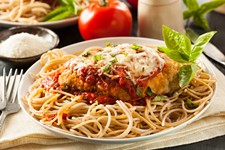 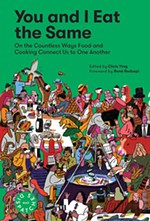