Ruby's BBQ Pits to Live On in New Restaurant

Ruby’s BBQ closed its doors at the end of February, after serving Austin for nearly thirty years. But now, thanks to the dedication of a few local chefs, the iconic campus-area restaurant will give life to Austin’s future food world. After announcing the shuttering in late January, owner Pat Mares says the establishment was immediately flooded with fans and she hadn’t the time to give too much thought to the future of the two brick barbecue pits.

“One guy stopped one day and asked me what I was doing with them,” says Mares. “He told me he was at a place a couple months ago, here in Texas, where people were taking individual bricks. So I had this vision of people just coming in and ripping it apart – what a nightmare!”

But at a friends and family closing event, local entrepreneur Will Bridges snapped a picture of the pits and sent it to chef and restaurateur Lou Lambert. Bridges, who owns Deep Eddy Cabaret and is a partner in Lamberts and iconic spots like Antone’s Nightclub and Cisco’s, is no stranger to preserving Austin history. 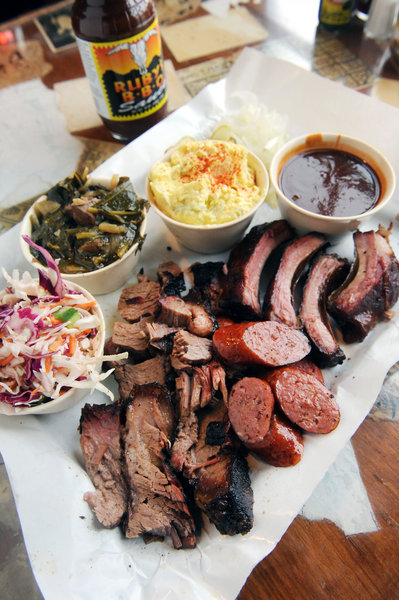 “Lou came in the next day to look at the pit and said they wanted it,” says Mares. “He’d drawn up some plans for a space he’s looking at when Will sent him a photo of that pit, and he said it was exactly what he’d drawn up. So that was a little bit moving and I’m sure he felt that way too.”

Just a few days later, local chef Demmerick Johnson stopped by Ruby's restaurant sale in search of items for his food trailer Ladybird’s Austin Kitchen, opening on East Sixth Street this spring. He asked Mares if he could purchase the other pit and she agreed.

“I went into the Ruby's sale with a plan to get some sheet trays, and walked out with a purpose,” says Johnson. “I am honored to be in a position to suspend business to save this treasure of food history. I don't think many people have seen inside one of these barbecue pits. It’s a look back to the way early German and Czech settlers lived and preserved meats in early Texas.”

Johnson began disassembling the Kreuz-style brick barbecue pit on his own, and then quickly realized what a massive undertaking it was. With the help of a couple of friends, including chef Jason Thompson of Justine's Brasserie, he numbered and removed each brick and is planning on sealing each one in cryovac and placing them in temperature-controlled storage until he is ready to open his forthcoming brick-and-mortar Ladybird’s BBQ. He also started an Indiegogo campaign to assist in the preservation and reconstruction processes. One of Ruby's two brick pits (courtesy of Ruby's BBQ)

Not only are these some of the last remaining brick pits in town, they are steeped with thirty years of flavor that simply cannot be replicated – and which will undoubtedly benefit the two establishments inheriting these pillars of Austin food history. McGuire Moorman Hospitality has not begun the process of removing the second pit, nor have they disclosed their exact plans for it. Mares says they also have their work cut out: The second brick pit has an entire chimney that will need to be dismounted too.

“If I had a pile of bricks, there's no way I would have put it together in such a manner,” says Johnson of the intricate pit design. “Many times I stood back in awe, cried, and jumped for joy at being able to witness this moment.” 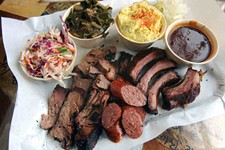 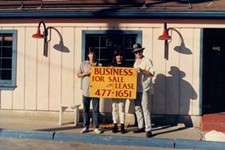