“People have a love affair with the idea of Texas barbecue,” said Jess Pryles, local meat expert and author of the recently released cookbook Hardcore Carnivore, at a Tuesday panel she moderated on the community, culture, and science of barbecue. 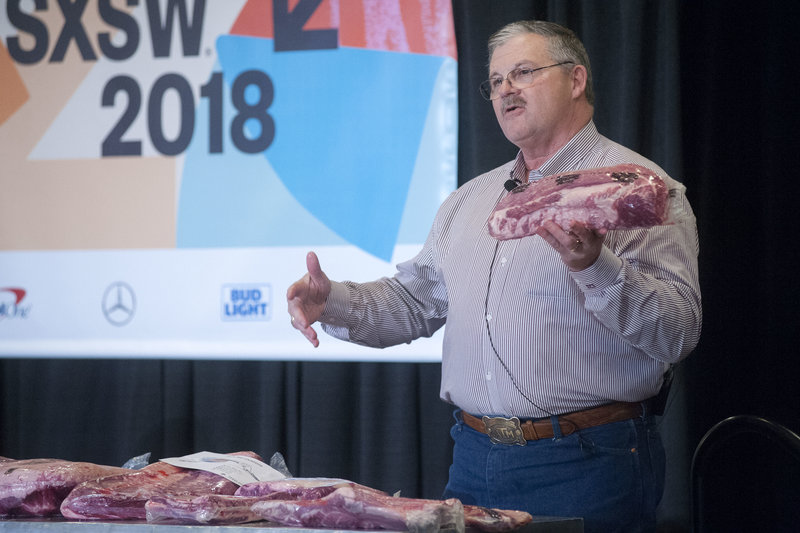 Dr. Davey Griffin at the The Community, Culture & Science of BBQ panel (Photo by John Anderson)

"Whether it's the history of it, the food itself, the old barbecue joints with smoke-filled walls and a grisly old pit master — that culture has resonated across the world and we start to see barbecue being popular in other states… and other countries too.”

As a testament to her opening statements, the panel filled up quickly with smoked meat enthusiasts of all ages from all over the world. Pryles interviewed “The Three Brisketeers”: Dr. Davey Griffin and Dr. Jeff Savell, both meat experts and professors at Texas A&M University’s Department of Animal Science, and Ray Riley of A&M’s Rosenthal Meat Science and Technology Center. Pryles met the trio while attending Texas A&M and Foodways Texas’ Barbecue Summer Camp, an intensive three day program where she is now a speaker.

In addition to freeform conversation on the varying cultures of barbecue (from competition ‘cue to pit masters to home cooks), the Brisketeers also demonstrated and discussed various cuts of beef and detailed the differences between mandatory meat inspection versus meat grading (such as “prime,” “choice,” and “select”) paid for by processing plants.

“The USDA inspection makes sure that it’s sound, it’s clean, it’s safe, and it’s wholesome, and that's their stamp of approval,” said Riley. “The quality grades are used as a marketing tool, but they also tell us about palatability.” Prompted by questions from the curious audience, the presenters got into some of the more nuanced details of Texas barbecue, such as the importance of trimming fat off the brisket, monitoring the temperature of both the pit and fire, and then resting the meat before slicing it. During the Q&A, one out-of-towner inquired about what type of wood stands in best when post oak is unavailable.

While the presenters advised choosing a hardwood without a lot of sap, Griffin told a story that proves what grows together goes together, even in the world of barbecue: “What we’ve found with our students is that the wood you grew up with is the wood that you favor,” he said. “If you grew up in South Texas, they would favor the mesquite. Those from East Texas favor hickory and those from Central Texas would always pick the post oak.”

The Community, Culture & Science of BBQ 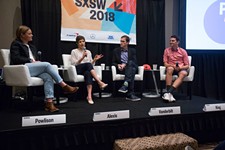 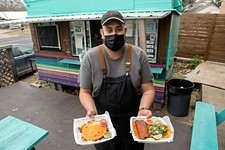