"Riding through Tuscany in the fall when the figs are dripping off the trees…," remembers Lentine Alexis. She's responding to Kate Powlison, road brand manager at Chicago-based bicycle components company Sram, who moderated Tuesday's panel "Pedaler’s Palate: Food, Cycling + How They Collide." 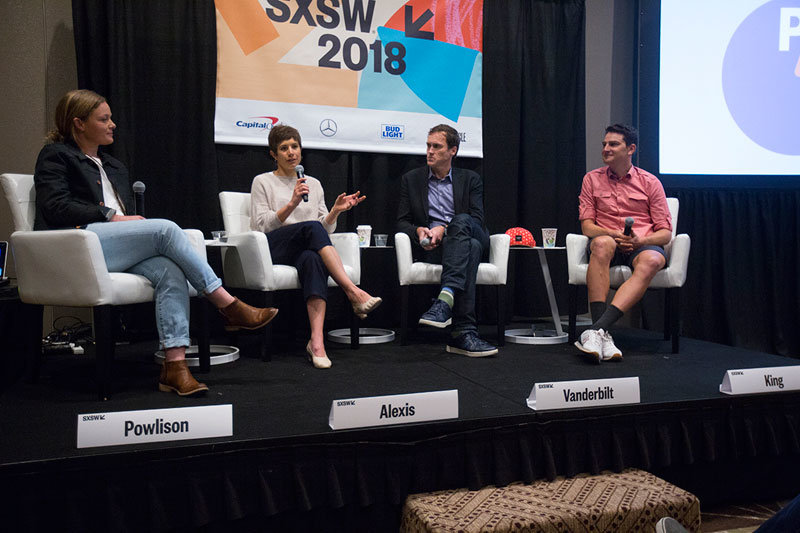 Powlison asked her fellow panelists the best thing they've ever eaten while on the bike. Alexis, a classically trained chef and former professional triathlete currently living in Boulder, Colo., recounts scaling the wall "and stuffing as many figs in our pockets and in our mouths as possible."

Author Tom Vanderbilt, who uncovered his love for cycling while penning Traffic: Why We Drive the Way We Do (and What It Says About Us), also recalls the figs he ate during a ride in Tuscany. "You come to the rest stop and instead of the safe but sad peanut butter sandwiches … you find ribollita stew, sheep's milk cheese, prosciutto and figs, red wine! It's just amazing." Even Ted King, a former professional cyclist, has an Italian-fig-foraging anecdote: He'd throw his bicycle wheel into the tree to knock loose the ripe fruit. I couldn't help but think of my own endurance cycling events (the longest of which was San Francisco to L.A. over seven days, at an average of 80 miles per day) and how I fueled my body on that tour. It was a lot of Goldfish crackers, gelatinous cubes of "energy" (and preservatives), and Fig Newtons – a far cry from the panelists' fig experiences, but at the time proved to be quite euphoric.

"Food tastes better when we're hungry," says Powlison. Obviously the physiological stresses on our bodies during exercise affect how food is experienced from the bicycle saddle, but several other factors play a big role: the need for compact and convenient (i.e., portable) foodstuffs, adequate nutrition value, and most interestingly, permission from one's peers to eat or drink certain things while riding a bike. Cyclists are instructed to use products like Clif Bars, Shot Bloks, Nuun electrolyte tablets, etc., but Alexis realized something in her workouts before knowing the science to back it up. "The more I attempted to use real food to fuel my cravings, from carrots to donuts, the better I performed as an athlete," she says. That said, she also hints at the recovery benefits of an ice-cold frosé after a long ride, and points out that a shower beer contains the carbohydrates and B vitamins that your body is asking for. Permission granted.

All four panelists acknowledge the shifting trend from processed foods to whole foods. King is also the founder of UnTapped, an "athletic fuel" whose one ingredient, organic maple syrup, is a superfood containing over 50 antioxidants and vitamins that prevent cramping, and is low-glycemic, which can provide sustained energy. Personally, as an avid cyclist who loves to eat real food, I'm thrilled that the trends are changing. I would welcome a wider range of grab-and-go snacks for cyclists. Or maybe I just need to plan a bike tour through Italy. 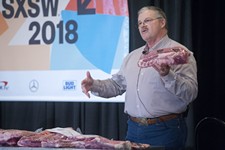