You’re no dummy, right? So you figure that pairing craft beer with Girl Scout cookies is, like, it’s gotta be some kind of a joke, right? Or at least just another wacky gambit for publicity? 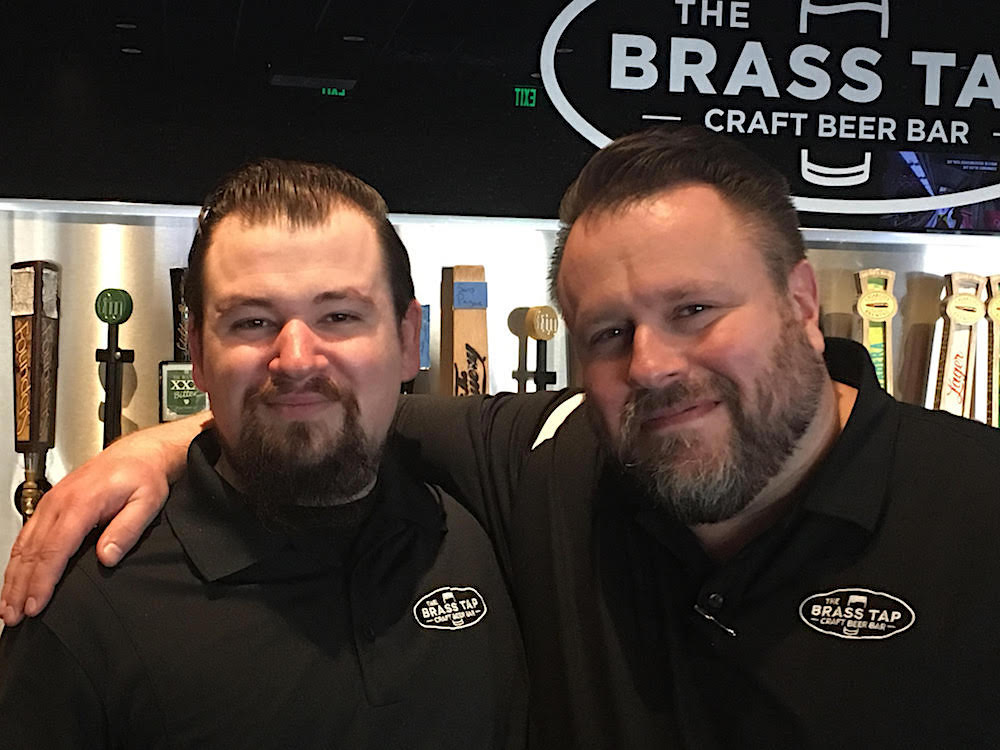 Learn, specifically, what Vince Thompson – craft beer maven and beverage buyer for The Brass Tap in the Domain – has to teach you about an offbeat gustatory excellence that’s likely been missing from your life.

You could do a bit of that on Thursday, Feb. 22, as the popular joint features Girl Scout cookie pairings with brews from Lone Pint Brewery.

And you can also get a preview, at least vicariously, by reading this report. Here’s how it goes:

I drive over to The Brass Tap – a local franchise of the Tampa-based chain of craft-beer pubs – to see what’s up with this cookie-pairing idea. Mostly because yum, beer, but also because the story pitch crowded among the hundreds in my email box was unusual enough to tweak a pop-culture reference in my media-addled brain. Like, “Hey, that’s so crazy … it just might work.”

I take a seat at the long bar. Vince Thompson, back there with general manager Lewis Smith, sets me up with some examples as he unrolls a smooth spiel of commentary.

“Alright,” he says. “We’ve got the Shortbread cookies right here. And what I’m going to pair them with is Uncle Billy’s Berdoll Brown Ale. This is probably my favorite beer that they make. I recommend you eat the cookie, then take a sip.”

Which I do. And, um, yeah: Wow, that makes sense, that works really well.

Maybe about a dozen more, though, just to be sure?

“The Shortbread,” says Thompson, “it’s not a super-sweet cookie, so you’re not gonna need a super-intense beer to match it. You need something that has a little bit of sweetness, but nothing too cloying. That cookie, most of what you’ll taste is vanilla. And in that brown ale, Uncle Billy’s uses pecans sourced from Berdoll. And the combination of the nuttiness of the beer and the vanilla of the cookie, you’re gonna get an almost Amaretto taste.”

“OK, we’re moving on to the Lemonade cookies here,” says Thompson. “The Lemonades are a bit different from the rest, because they’re not really focusing on chocolate or grittiness, it’s mostly about the icing and the lemon. And what I’m pairing this one with isn’t actually a beer – it’s a mead from Meridian Hive. It’s called Dynamo, a draft mead made with cherries, vanillas, and almonds. So when you’re tasting this cookie, you’ll get that light, sweet icing with a hint of lemon, not too tart. Now take a sip of the Dynamo. Even though it’s a honey-based drink, that cherry tartness is really gonna clear it up. My manager Lewis likened it to having a New York cheesecake with cherries on top. It’s a decadent combo, for sure.”

Also, I realize I’ve been out of the libations loop for too damned long. Even though I’d reported on Meridian Hive at length a few years ago, I had no idea this cherry-enhanced Dynamo of theirs existed.

“Well, it is kind of new,” says Thompson, generously.

Of course that mead – and an impressive array of local beers – is on tap. On brass tap, certainly, there in the Domain.

“And now we move on to the Caramel Delights,” says Thompson.

[Note: Those are the cookies that are also known as Samoas, depending on which of the two official Girl Scout-supplying bakeries makes them. Chronicle food editor Jessi Cape told me that, because she knows what’s what.]

“For this one,” says Thompson, “I’m going to pair it with Bearded Seal from Pinthouse Pizza. This cookie’s got a lot of sweetness going on already. You’ve got the nutty coconut, the mouth-coating caramel, and that dark chocolate. It’s got enough going by itself, so you don’t want a beer that will get in the way of that. An easier-going dark beer, like a porter or an Irish dry stout, makes for a good combination – because it has enough of that dry, coffee-roastiness to it, to balance the sweetness.”

I ask Thompson if he’s been working on this cookie-pairing idea for a long time.

“I got the message from corporate just a few days ago,” he tells me, “and I’ve been working on it since then. But there are a couple of pairings I’d at least considered in the past – like beer and shortbread cookies in general. And there’s a brewing company in Dallas, called Lakewood, and they make a beer called Sin Mint Temptress – a milk stout that tastes like a Thin Mint – so that had me thinking about the possibility.”

“I wanna interject something that I came up with,” says general manager Lewis Smith, setting a cookie and a shot of beer on the bar.

“Ah, yeah,” says Thompson, smiling, aware of what’s coming, “there’s one crazy thing you can do with a shortbread cookie pairing. There’s a beer from Dallas, out of Collective Brewing Project, and it’s called Cup o’ Beer. It’s a gose – a German sour wheat beer – but they finish it with the Cup o’ Noodle ramen spices. So you take a bite of the shortbread – ”

I take a swig of the beer.

Which it does indeed.
And which is a bit crazy, sure ‘nuff.

But the other pairings I’m trying, the other ones that Thompson’s explaining the reasons behind, the pairings of Girl Scout cookies and craft beer available at The Brass Tap – and who knows where else in town, by now – they make nothing but perfect sense.

I begin to think, Hell, what’s the point of eating Girl Scout cookies at all, if you’re not gonna drink some beer with them?

Not a thought I’ve ever had before.