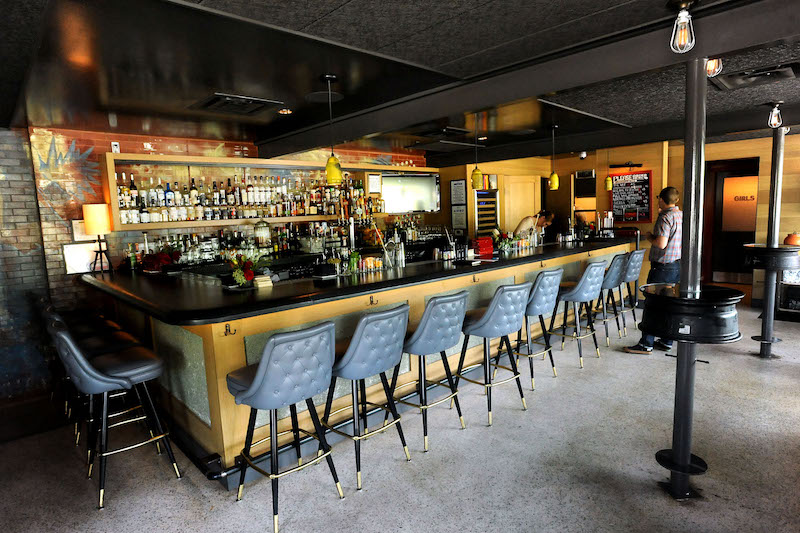 Drink.Well has been closed since early September, after Yannone's allegations that Michael Sanders, former co-owner and Jessica’s husband, sexually assaulted her. The new statement informs that Michael has divested 100% of his ownership to Jessica, and will no longer be a part of the management; Jessica “will be either behind the bar, or on the floor regularly, alongside her new team.” The reopening introduces new hours and a refreshed menu, including 10 new cocktails representing the collaboration with new bar manager Antonio Tommasi.

“Small teams that work closely together often develop a family-like closeness, and drink.well.’s team is no exception. Becca’s report was taken seriously, and Jessica Sanders and Becca have worked together, amicably and respectfully, to hear and address Becca’s concerns and find a path forward,” they write.

The full response below:

“Drink.Well. would like to express its sincere gratitude to Becca Yannone for bringing a recent difficult event to drink.well’s attention. Although the incident did not take place at drink.well, it affected the entire team. Small teams that work closely together often develop a family-like closeness, and drink.well.’s team is no exception. Becca’s report was taken seriously, and Jessica Sanders and Becca have worked together, amicably and respectfully, to hear and address Becca’s concerns and find a path forward.

“Enacting meaningful change requires thoughtful and thorough consideration, and Becca and Jessica came together to resolve this difficult but important issue with careful deliberation over the past several weeks. The time needed for this consideration resulted in the temporary closure of drink.well. Jessica and Becca are grateful to the friends, colleagues and the members of the community who have allowed them this time. While drink.well and Becca have reached a private resolution, the public portion of their solution includes the actions listed below:

“Michael Sanders has divested 100% of his ownership in drink.well. to Jessica Sanders and will no longer be part of the management or ownership of the business.

“Jessica has engaged an outside human resources firm to serve as an additional outlet and independent resource for employees to address any concerns and complaints. Jessica is solidifying drink.well’s formal, written policies and procedures including those addressing workplace safety, respect and harassment, and will require additional training for all employees, including herself.

“Jessica will reopen drink.well on Wednesday, October 4, 2017. Becca supports drink.well.’s reopening and wishes Jessica and the new drink.well team every success. Likewise, Jessica and drink.well. wish Becca and the other former drink.well. staffers all the best in their future endeavors and express thanks for their valued contributions. 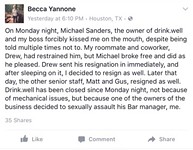