New Local Service Looks to Change the Way You Eat 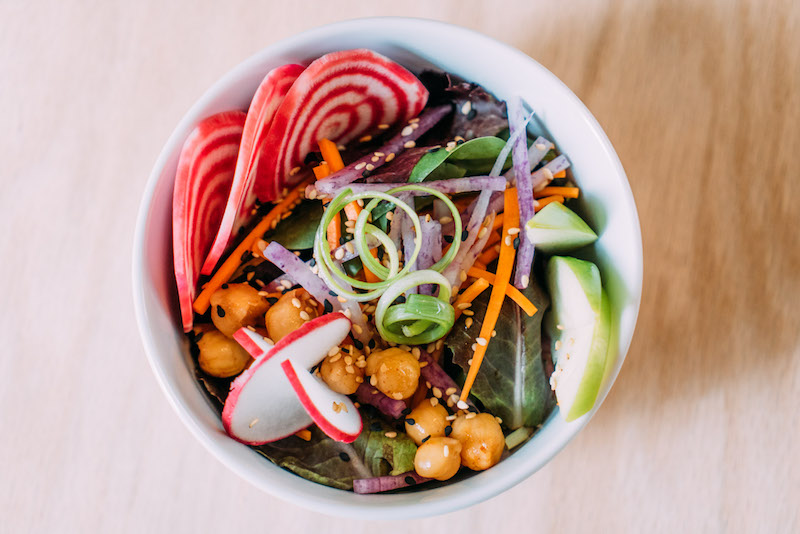 At 4am on Monday mornings, when the vast majority of Austinites are still tangled in sheets, chef Raad Mansour is steaming butternut squash for his recently launched meal delivery service, Austin Food Company.

Mansour chooses to cook before dawn because it is believed to be the time of stillness in Ayurvedic medicine, one of the two medicinal philosophies that he has woven into every part of his business.

Austin Food Co., which officially launched on May 1, is the product of Macro Jar, a pilot macrobiotic meal delivery program that Mansour started while finishing up his studies in healing cuisines at the Natural Epicurean Academy of Culinary Arts last year. 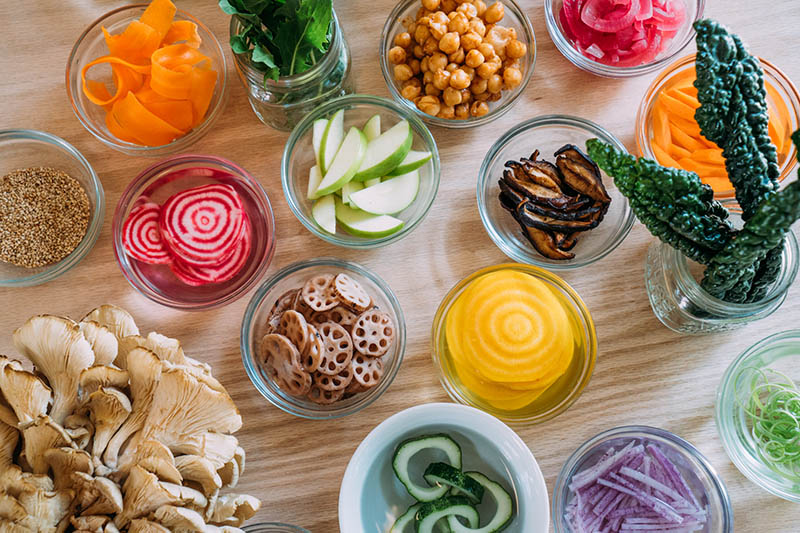 Mansour and his small team deliver vegan, gluten-free meals in pairs on Mondays, Wednesdays, and Fridays. Customers have the option to order up to six different entrées, soups, and salads each week and must place orders by Wednesday night for the following week’s delivery.

Austin Food Co. is by no means the first delivery service to launch locally. In fact, it is entering a tricky niche market that has seen the closures of Demand Food, Cilantro Lime, and Gourmet by Numbers in the last year alone. Currently there are a handful of others operating, such as Full Fridge, ChefATX, and Fresh n’ Lean. Unlike other local meal delivery services, however, Austin Food Co. is hyperfocused on the ancient belief that food is medicine.

“Before Western medicine and the huge industrial shift, people ate herbs and food to heal themselves. We are trying to restore that philosophy back into our processed life. We aren’t creating anything new, we are just trying to bring back what’s been lost in the Western food industry,” Mansour said. 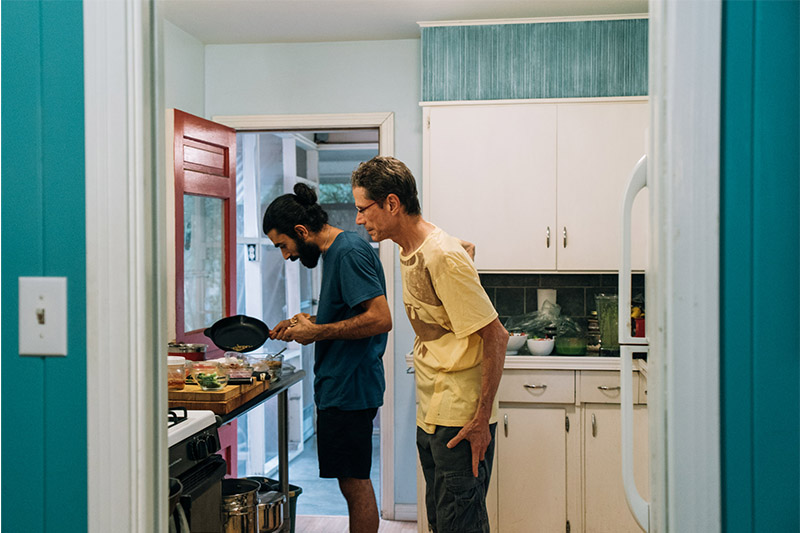 Mansour and Austin Food Co. creative development officer, chef Marko Ellinger – Mansour’s former culinary instructor and the culinary education specialist at Travaasa Spa & Resort, where Mansour worked as a demonstrating chef – are trying to bring back the concept of using food as a natural healing modality with macrobiotic and Ayurvedic principles.

While there is little conclusive research on the effectiveness of the macrobiotic diet and Ayurvedic medicine, people around the world have been following the two philosophies for hundreds of years, believing that they heal the body and prevent a number of illnesses. Both are at the core of the company’s model for entrées, soups, and salads.

Entrées, for instance, have a macrobiotic-inspired set ratio of 40% complex carbohydrates (grains like quinoa, buckwheat, and kasha), 40% vegetables, and 20% legumes or beans. In line with macrobiotics, an in-house fermented ingredient is included with every entrée to aid in proper digestion, as well as a house-made sauce of health supportive ingredients like apple cider vinegar, ume plum paste, turmeric, and a variety of nuts. 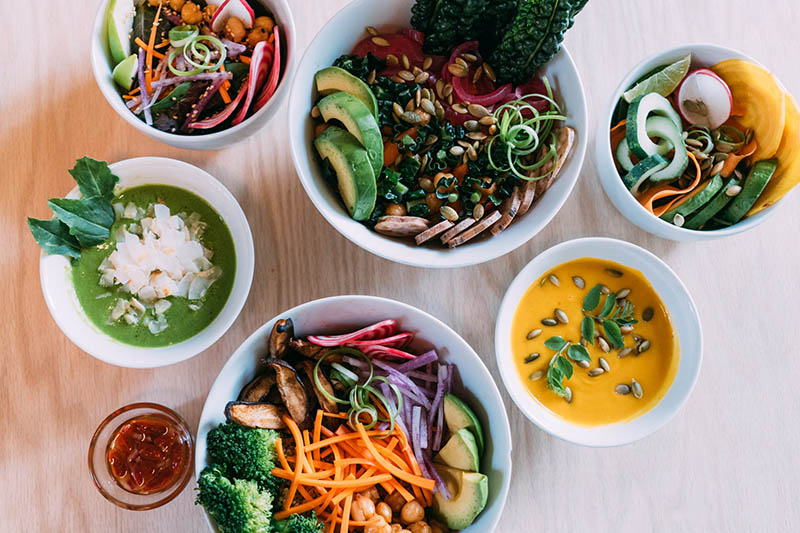 Multiple sea vegetables are used in the soup broths so that each soup contains more than 90 trace minerals to replenish the body of healthy salts that are lost when sweating, while salads mainly consist of fermented probiotic vegetables.

Mansour aims to bring every vegetable to its peak, which means cooking ingredients in small batches and using minimal preparation to keep them as unprocessed as possible. While the dish ratios and nutritional focuses remain consistent, menus change weekly based on what is available. A few ingredients are sourced from California and Colorado to ensure a complex nutrition and flavor variety, but the majority of ingredients come from local farms.

In addition to delivery, Austin Food Co. also offers individual and group instruction in macrobiotic, Ayurvedic, vegan, and vegetarian cooking. For those struggling with specific health issues or diseases, there is a more tailored instruction option as well.

“If someone is really needing healing, we do private healing modality classes that are completely focused on that person’s illness. We concentrate on how they can cook for themselves to prevent any more issues and start healing themselves,” Mansour said. 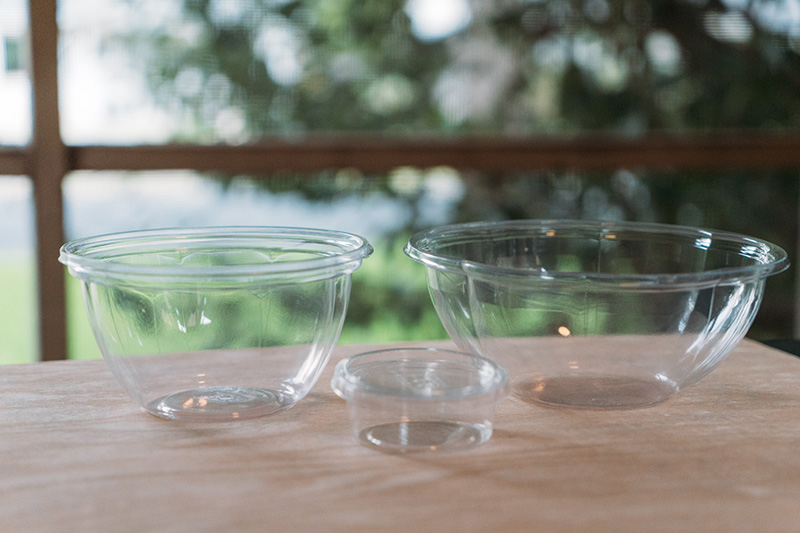 Hand-in-hand with Austin Food Company’s focus on health is a commitment to the environment. “Everything we offer is either compostable, recyclable, or consumed, so nothing is going in the trash. The packaging is made from plant fiber, our bags are reused for deliveries, and even delivery routes are coordinated with emissions in mind,” Mansour said.

Within the next five years, Austin Food Co. hopes to purchase electric vehicles for delivery routes and open up a completely carbon-free, self-sustaining farm.

“The five-year mark is ideally when we get to the level of business to be able to be completely green. Right now the resources are somewhat available for electric cars, but limited and very expensive. We are already practicing mindful methods and as we grow, we will remain committed to being as green as possible,” Mansour said.

Austin Food Co. has plans to start serving its meals at the Amala Foundation and SquareRüt Kava Bar in the coming months, but for now the company’s focus is on individual subscribers. In the next five years, Mansour and his team hope to feed 8,000 Austin residents regularly.

“The more people we are able to feed clean, healthy food, the healthier our community becomes and the stronger we become. It creates positive growth, while supporting so many local farms," Mansour said.