The team behind Half Step brings whiskey to East Seventh One of Los Angeles’ favorite whiskey bars came to Austin Monday with the opening of Seven Grand on East Seventh, bringing a 400-plus bottle whiskey program featuring the best of the British Isles, Texas, and the globe. 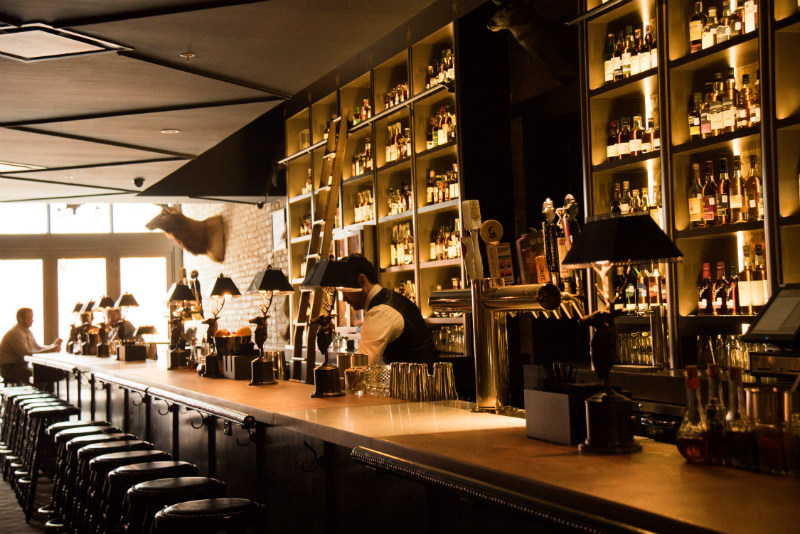 This third installment of the bar, after L.A. and San Diego, comes from Cedd Moses, Eric Needleman, and Andrew Abrahamson of 213 Hospitality/The Spirited Group. This will be the organization’s second location in Austin after Rainey Street’s Half Step. The Downtown location has seen a few concepts come and go in short order over the last few years, including Rusty’s, Buffalo Club, and Zero Degrees, but has been vacant for the past few years. 213 is no stranger to revitalizing forgotten spaces, however, having contributed to Downtown L.A.’s revitalization when they opened the original Seven Grand. The 400 diverse whiskey selections (with more than 300 more eventually on the way) are no mere set-dressing (although the illuminated back bar does anchor the space). Whiskey obsessives will find everything from Maker’s Mark and Japanese Nikka Coffey Grain to Tomatin Scotch and Waco-made Balcones Baby Blue. The cocktail menu is based entirely in whiskey, centered around five classic cocktails: Old Fashioned, Sazerac, Rye Manhattan, Whiskey Sour, and Mint Julep. The bar will also offer a select few Texas beers, and a red and white wine. 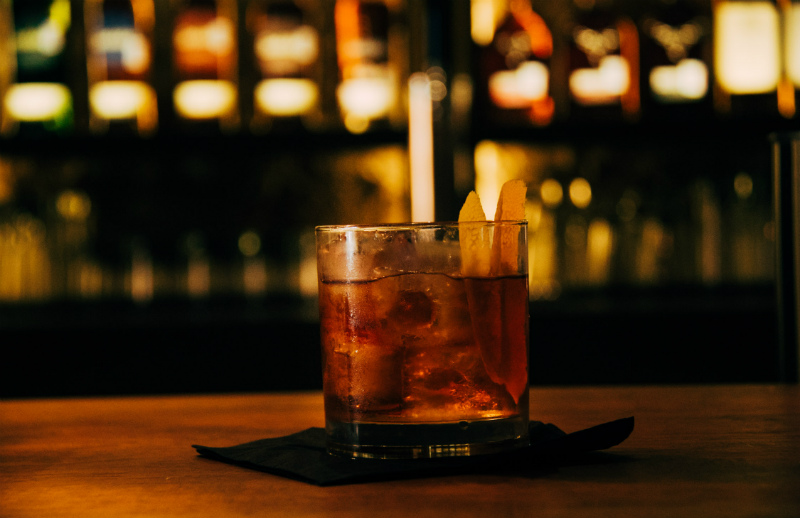 And for the true devotees, the bar will also be home to the Whiskey Society program, with classes and tastings led by master distillers and brand ambassadors. The bar’s goal is to make whiskey, perhaps not Austin’s first choice when it comes to libations (if it doesn’t pair well with a taco…), accessible and approachable, through classes, tastings, gentle twists on timeless cocktails, and flights. Although the bar will not offer food, and has no plans to, outside food is always welcome. If only a steak truck would open nearby. The design by Ricki Kline Design + Build, MAKER Architects, and Franklin-Alan Construction is meant to replicate the atmosphere of an Irish pub, in the most traditional sense of the word; not the rowdy sports bar that’s come to be associated with the term here in the States. Traditional details are everywhere – plaid carpets, tufted upholstery on the pew seating, and dark wood throughout – but there is a contemporary sense of spaciousness. 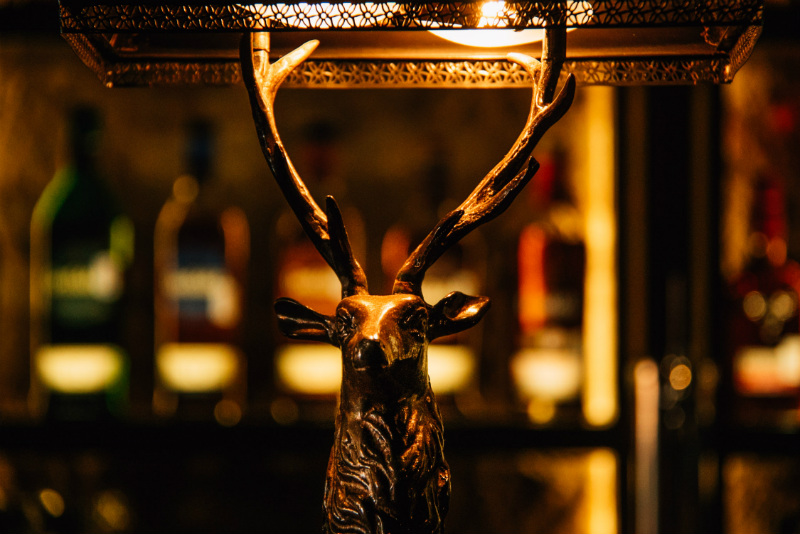 And they’ve added some Texas flourishes to give the bar a sense of place. The expansive main bar’s tops are made from single planks of Texas pecan and the sides are clad in mesquite. The walls are laden with a collection of taxidermied wildlife (like a row of jackalope trophies near the front) from Burnet Rd.’s Corner Shoppe and stag shaped lanterns (mimicking the bar’s logo). In the back, a large patio has its own bar with a smaller whiskey selection and community tables.