Why moveable feasts define the city 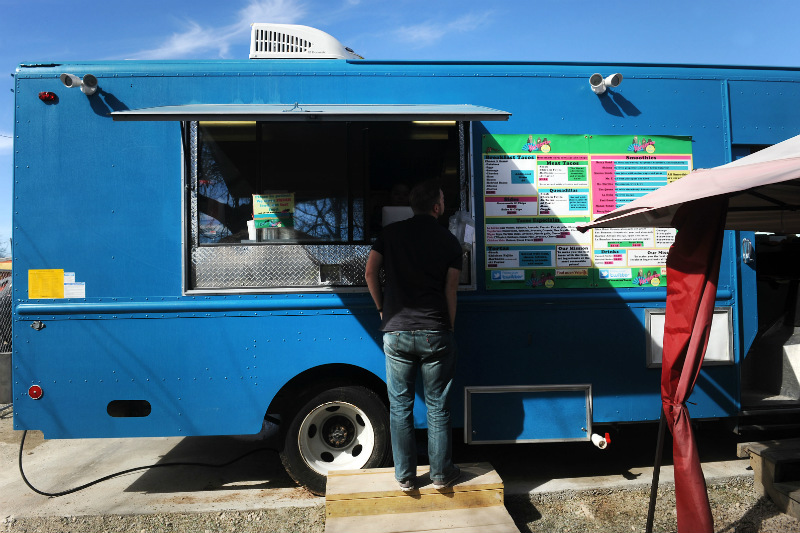 It’s hard to pinpoint exactly one thing that makes Austin the cultural mecca it has become in the past couple of decades, but on the list we always find a spot for the casual vibes, friendly people, great food, outdoor living, and affordability. These same characteristics also identify an Austin culinary staple: the food truck.

Food trucks can be found in any city, but in Austin they play a starring role in the Austin social hour and are a perfect metaphor for the laid-back Austin culture that has welcomed so many newcomers in recent years. Sure, Austin has become a destination for fine dining, for James Beard Award winners and for big-name restaurateurs who chose Austin as their new hitching post right after New York and L.A. And while a night out at Uchi or Perla’s may define one aspect of Austin cuisine, the everyday hangouts of Austin food trucks describe an entirely different aspect of the food culture that is so ingrained in Austin society as a whole.

Take Radio Coffee & Beer, arguably Austin’s best cafe/bar/hangout spot. It’s Austin society at its truest: a sprawling yard, picnic tables, live music, good coffee, and local beers on draft. A welcoming, collaborative space that fosters work and play at the same time. But Radio wouldn’t be the place it is without its resident fan favorite, Veracruz All Natural tacos, serving up some of the best tacos you can find in a city that has made tacos its specialty. Just as Veracruz does for Radio, the food truck allows food to become a social event in a way that a restaurant doesn’t. And for Austinites who are constantly grabbing a beer with friends, working on their start-up in a coffee shop, listening to live music, or hula hooping around a public space, the food truck offers a delicious meal that adds to whatever experience, without getting in the way.

So why is it that food trucks have found such a welcome breeding ground here in Austin? Perhaps because the year-round warm weather fosters a constant outdoor presence and patios that make a symbiotic relationship between bar and food truck so successful. Perhaps because the true Austin social hour revolves around a casual hangout with friends and cheap Lone Stars that pair so well with affordable finger food. And perhaps because, like Austin as a whole, the food truck is less concerned with the flashy appearance of things in the way New York or L.A. are, instead focusing on allowing the craft, or the true ambience of the city, to shine and convince.

Because Austin is the city of modest appearances, despite the ever growing skyline, it keeps the best it has to offer hidden (tell me your favorite joint in Austin isn’t foundering in a ramshackle building or behind an abandoned-looking storefront, and I’ll tell you you haven’t been here long enough to discover the good stuff). Because if you hang out long enough to get to know the true Austin, you learn that this city is everything and has everything: It’s laid-back but successful, diverse and welcoming, smart and cutting-edge but never boastful, affordable but offering incredible quality of life. And the food truck, arguably Austin’s new culinary frontier with delicious and creative new options popping up everyday, is a microcosmic example of everything this city has to offer and the reason almost every Austin resident’s story begins with an “I just came to visit friends …” 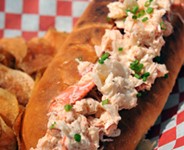 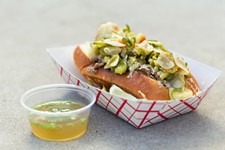