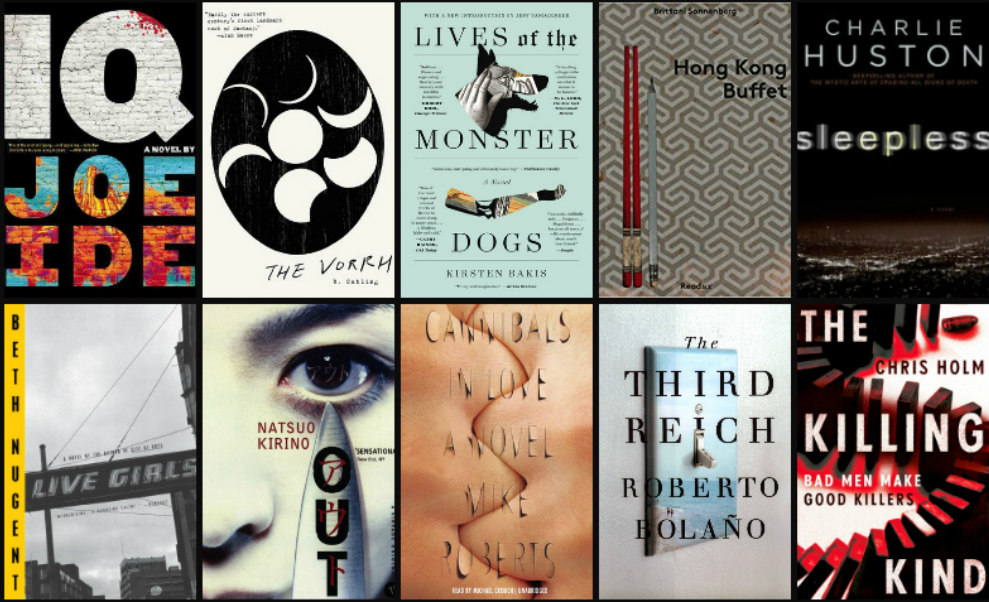 While we’re busy distending our guts with the most succulent of victuals, citizen, and maybe simultaneously enjoying the Chronicle’s coverage of the best in local noms, let’s also partake of a little non-journo food for thought: Descriptions of culinaria that flavor the prose of contemporary authors.

Because this year’s First Plates theme is about comfort food – and there’s little more comforting, imho, than devouring a good book before, during, or after a meal – I offer you this series of gustatory snippets from ten works of fiction I’ve recently had the pleasure of:

"Dodson poured hot chicken broth into the roux, added the chicken, some cut-up chorizo, the vegetables, the garlic, a few spices, and what looked to be a dried leaf. Then he put on some rice, measuring the water by eye. He did all this with a kid’s enthusiasm."

"Our celebratory feast is simple but powerful: We drink a coarse red wine made from the family’s parched, hard grapes and eat a dish of fat rice and dark meat cooked in pomegranate juice, punctuated by delicious bread with black onions baked into its crust. There is much merriment and we share that language of need and alcohol, where the native and the foreign are overrun by excitement, and delicacies of grammar are jolted loose by emotion."

"I woke up craving food; endive, oysters, chard, chocolate, and some dark, bitter, smoky thing I couldn't identify. I felt like I hadn't eaten in a hundred years. I thought of going down to see if there was anything left in the big kitchen, but it had looked pretty bad the last time I was there."

"I seen Leroy making them egg rolls, and the fatsos wouldn’t eat them if they knew what went inside. Leroy feeds his staff pretty good, but what he lays out on the buffet is worse than the crap I had to eat when things got real bad in Manila. Funny-looking pork that he bought old and discounted from his buddy in Jackson. Moldy broccoli in oyster sauce. I guess Americans eat some pretty messed-up shit themselves. Pig guts fried and refried. I’m not saying it’s wrong to fry things. If I saw a fried banana right now, I’d break down crying."

"A wobbly Weber grill was home to three cast iron frying pans that he’d occasionally squirt with olive oil, tossing in fistfuls of mussels, smelt, and rock shrimp. A damp rag wrapped around his hand, he’d toss the mollusks, crustaceans, and fish, sprinkling them with salt and pepper, waiting for the mussels to open, the skin of the smelt to crisp, and the shrimps to pink before dumping them onto thick folds of newspaper, datelines from two years gone by, garnished with half a lemon, a dollop of his wife’s homemade tartar sauce, and a white plastic spork."

"A row of junkies is at the counter; they come here to eat whatever sweet thing they can stomach between fixes, trembling over huge banana splits or giant gooey Danishes, then washing it all down with glass after glass of Coke. Their faces are orange under the bright light, and they pause occasionally to eat as they glance around them, scanning the room with that driven junkie urgency, always on the lookout for the next thing to ingest."

"Kuniko turned on the air-conditioner and opened the refrigerator. She could never get to sleep, as hungry as she was, but there was nothing to eat. She'd bought potato salad and rice balls at the supermarket last night, but they were nowhere to be seen. No doubt Tetsuya had eaten them without giving it a second thought. Angry now, Kuniko yanked at the tab on a can of beer. Opening a bag of snack cakes, she turned on the television, changed the channel to a morning talk show, and sat back to listen to the celebrity gossip while she waited for the beer to take effect."

"The cafeteria itself was a veritable Valhalla of salts and sugars and fats. Decadent buffet tables lined with gleaming processed foods. These extraordinary foods that you would never actually pay for in a restaurant. Corn dogs and popcorn shrimp. Soft pretzels and shish kebabs. Mexican pizzas and English muffins. We ate potato skins and pigs in a blanket. There were chimichangas and Denver omelets. And we even ate some vegetables, too."

"The kitchen was closed, but at the Lamb’s request the owner brought us a couple of chickens that we accompanied with a bottle of red wine; then, since we were still hungry, we polished off a platter of spicy sausage and cured ham and bread with tomato and olive oil."

"The faint ozone scent of the gas burner gave way to smoke and salty rendered fat as the bacon in Hendricks’s skillet began to sizzle. Three rashers – thick-cut, uncured – from a smokehouse just north of Ossipee. Once they were cooked just shy of burnt, he moved them to a paper towel, then cracked a pair of fresh eggs from a local farm stand into the hot grease. Whites bubbled as they hit the bacon fat, and the eggs cooked up quickly. As soon as the whites set, he transferred each egg onto a fat slice of tomato from his plot out back, then set the skillet in the sink to cool." 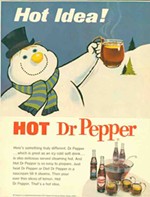 Hot Dr Pepper
It’s not as gross as it sounds