Otoko chef to be featured in July issue of Food & Wine

As spring rounds into summer, graduation is on the brain. In the case of Food & Wine magazine’s annual Best New Chefs lists, this is the season when 10 extravagantly talented, up-and-coming chefs graduate to the big leagues. 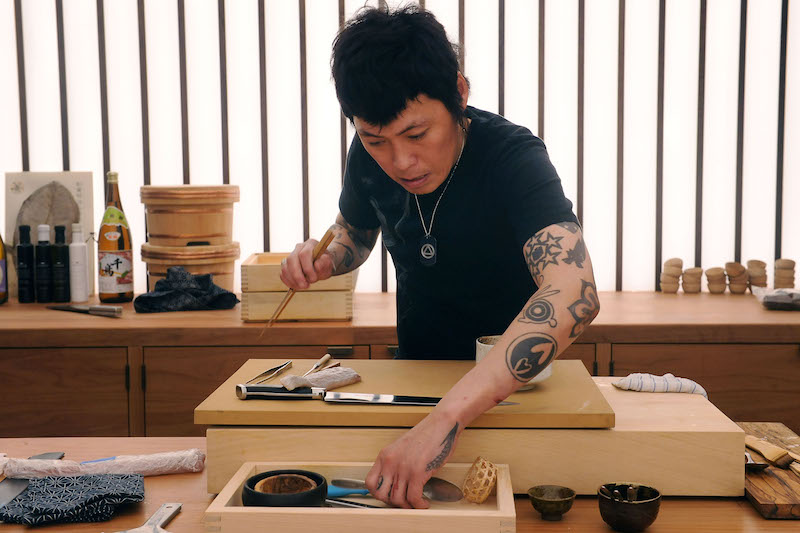 Included in this morning’s announcement of top new chefs from around the country is Yoshi Okai, the Uchi and East Side King alum now making omakase magic happen at Otoko, a ticketed 12-seater located in the South Congress Hotel.

In a May 2016 Chronicle profile, Dan Gentile wrote:

Unlike many sushi chefs whose knife skills don't translate to the kitchen, Okai learned to cook before slicing sashimi thanks to his early years spent helping his family's catering business. At the age of 20 he moved from Kyoto to California with a diverse set of cooking skills, but an aspiration to study landscape architecture (his family's other business was a flower shop).

When it proved too easy to assimilate into L.A.'s large Japanese community, he headed to Austin for a more culturally diverse experience. Landscaping was traded in for a makimono-rolling position at Uchi and lead vocalist duties in punk band the Kodiaks, which also happened to feature pitmaster Tom Micklethwait on guitar. Years later he'd go on to help open the East Side King at Hole in the Wall and work in the kitchen at qui. The Kodiaks no longer play shows, but he's likely the only head chef of a ticketed tasting menu with his band's 7-inch single behind the counter.