Because you can't get all your calories from beer

Let’s face it. SXSW is not the time to sit down for a three-hour dinner that starts with an amuse bouche. When your favorite band has a set in 30 minutes, you need good food fast. Luckily, Austin has a famous moveable feast that’s parked in convenient locations all over the city.

This "O.G. Thai" truck located on Whisler’s East Sixth patio may be the Dave Franco to East Side King’s more famous James, but we've always recognized its star power. Helmed by chef Thai Changthong, Thai-Kun serves a small menu rich in flavor (and heat). Check out the waterfall pork with tiger cry sauce, cabbage two-ways with boom sauce, and the hearty beef panang curry. And don't skip the pairings with Whisler’s stellar cocktails suggested for each dish. 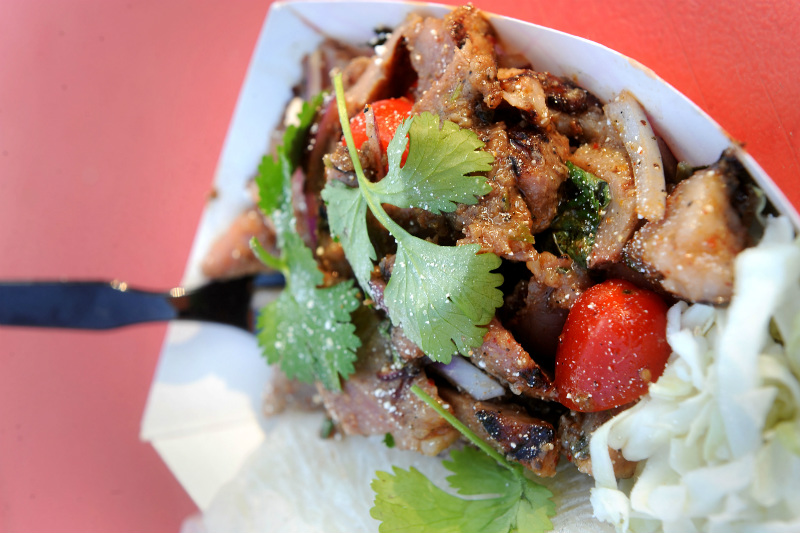 My Name Is Joe Coffee Co.

Austin steadfast Philip Speer recently opened this Fifth Street Airstream in an effort to not only provide its Downtown neighborhood with healthy breakfast and lunch options, but also to employ recovering addicts, allowing them to rejoin the service industry in a safe space. The truck is only open until 3pm, and serves the full array of coffee drinks alongside savory oatmeal, an almond butter and miso butterscotch toast, and house-made granola. A portion of proceeds also go toward the Comfort Cafe, a donation-based restaurant run by residents of the Serenity Star Recovery Center. 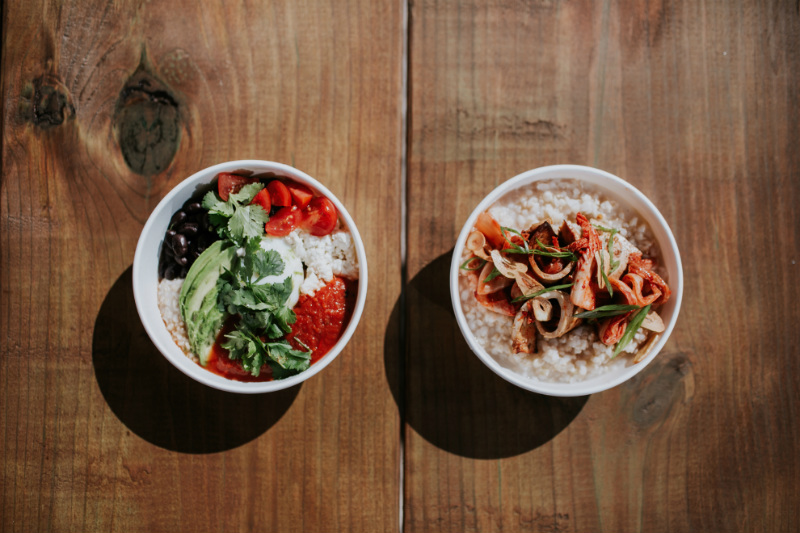 This husband-and-wife-run food truck tends to fly under the radar, but it serves some of the best Thai food you can find in Austin. The menu is small and focuses on northern Thai specialties outside of what you’re probably used to seeing (no pad thai here), but it’s worth stepping out of your comfort zone to try their pad kapow, a spicy pork stir-fry with Thai basil, or the som tum, a fresh papaya salad with peanuts and thai chilis. Finish your meal off at their East Cesar Chavez location with a Thai iced tea or mango sticky rice. 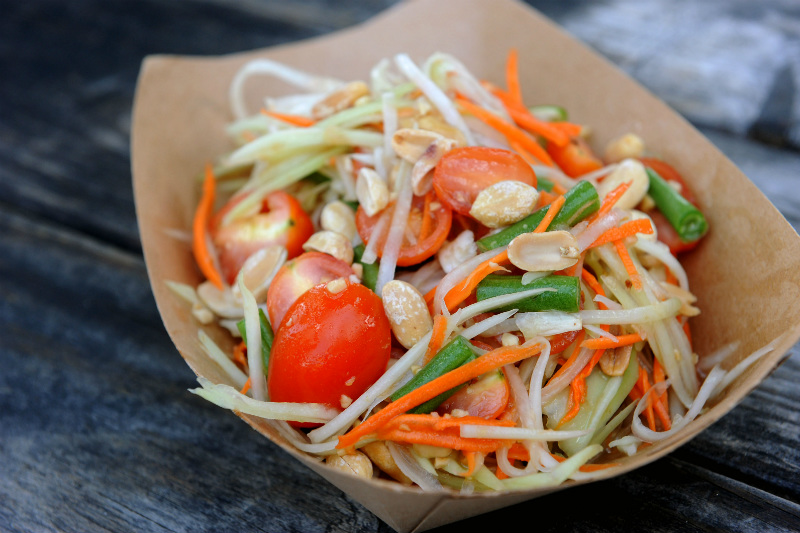 la Barbecue, in the same lot as Dee Dee, is owned by married couple Alison Clem and LeAnn Mueller, daughter of Texas barbecue legend Bobby Mueller. You'll see them on just about every list for folks who want to skip the line for Franklin, but we like them for their own merits. Meats are sold by the pound in the Central Texas meat market tradition, and an array of meat-loaded sandwiches round out the menu, including the Frito Loco with pulled pork, chopped beef, chipotle slaw, fritos, black bean salad, and cheese. Nothing could be more Texan. 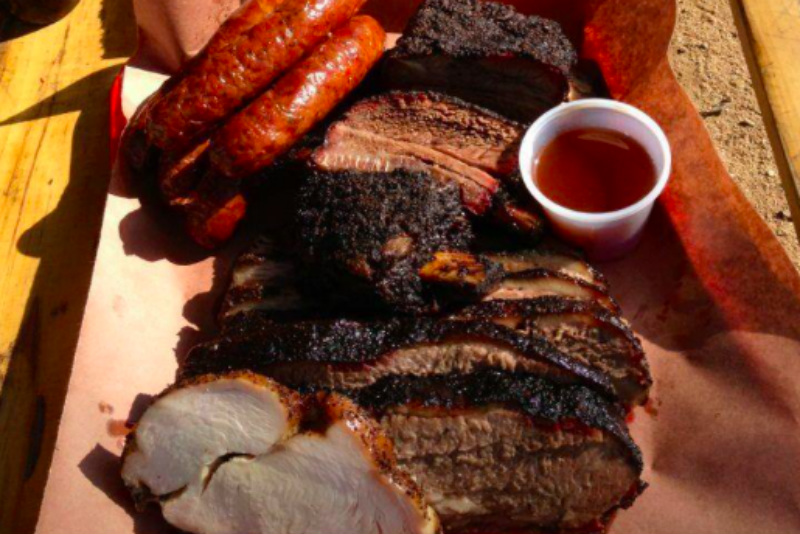 This East 11th Street trailer offers exactly the twist on breakfast you would expect from Odd Duck chef Zechariah Perez. Take a break from breakfast tacos to try the somewhat traditional but definitely not boring B.E.C. breakfast sandwich, or branch out with the goat sausage sandwich with a rosemary mushroom sauce and a sunny-side up egg. If you’re looking for a sweet start, try a French toast like you’ve never had before, topped with ricotta, beet jam, granola, and coffee maple syrup. 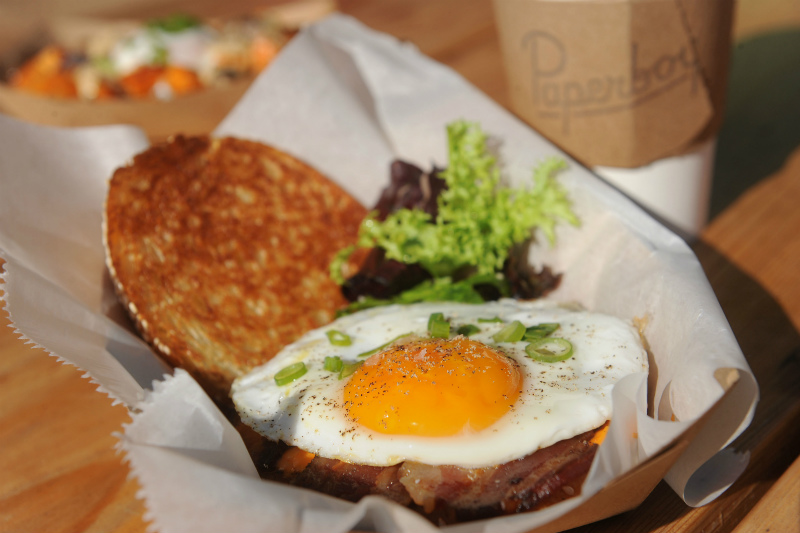 We're all here for Austin's Tex-Mex and barbecue, but sometimes we need something a little different. This Detroit-style pizza restaurant Via 313 has two truck locations (and two brick-and-mortars to boot) – one on East Sixth in front of the Violet Crown Social Club, and the other at Craft Pride on Rainey. The menu offers your basic selection of inside-out, Detroit-syle pizzas, including pepperoni, Hawaiian, and the meaty Carnivore. Sometimes simple makes the most sense, especially when it comes to pizza. And as any East-Coaster (or Detroiter, apparently) can tell you, nothing beats a fluffy/crispy crust, some tomato sauce and a sprinkle of cheese, especially after a night out. 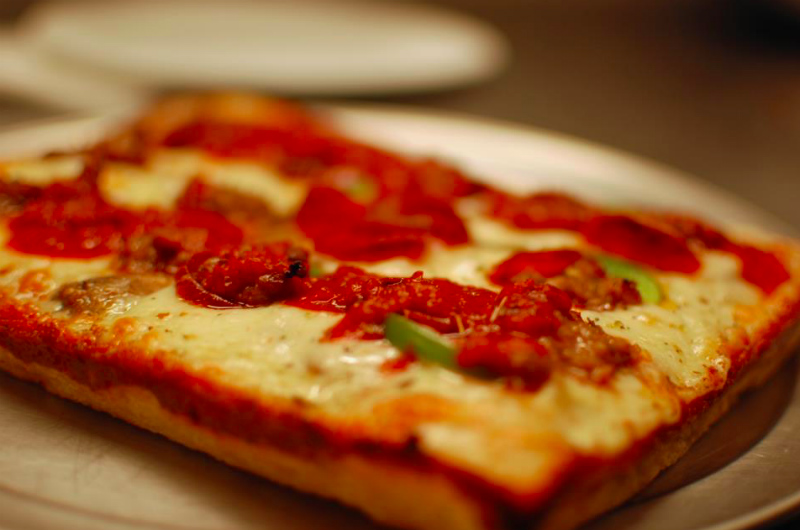 The Cazamance trailer may be a bit off of the beaten path, but its West African-inspired cuisine is just as much of a draw as Radio Coffee & Beer, where it makes its home. This unique trailer offers snacks such as hummus, falafel, and fried plantains; mini pita pockets with piri pulled pork or African’s smoked brisket; breakfast all day; and entrées such as a Dakar lamb burger, Yassa chicken, or vegan curry veggies. Pair your meal with a coffee or beer from Radio’s extensive menu, or have them crack open a fresh young coconut for you. 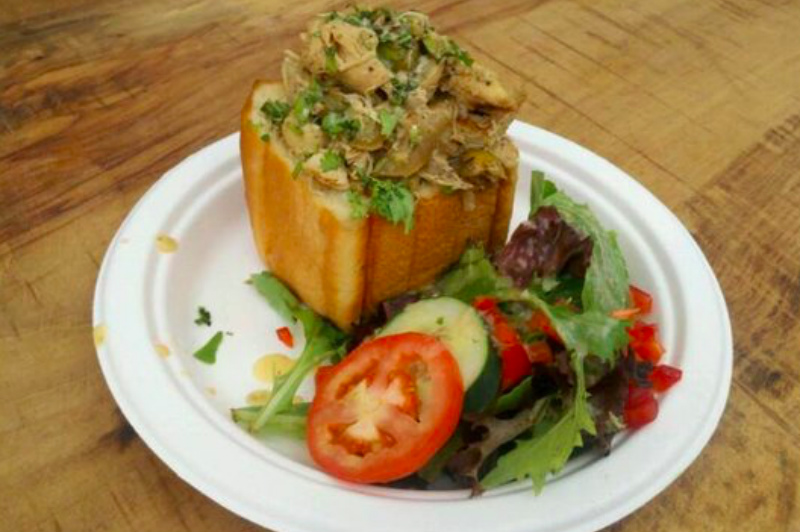 This noodle food truck features Southeast Asian noodle dishes from Singapore, Malaysia, the Philippines, Indonesia, and others. Chef/owner Cheryl Chin, a former actress who appeared in Robert Rodriguez’s 2010 Machete, offers a selection of noodle bowls to satisfy every craving, including the creamy coconut curry stew of the Empress, the chicken and vermicelli Concubine, and the Scholar, a spiced ham, pork belly and sambal chili souce stir-fried vermicelli noodle. Although the truck usually has traveling locations, it will be parked at the SouthBites Trailer Park for the duration of the Festival. 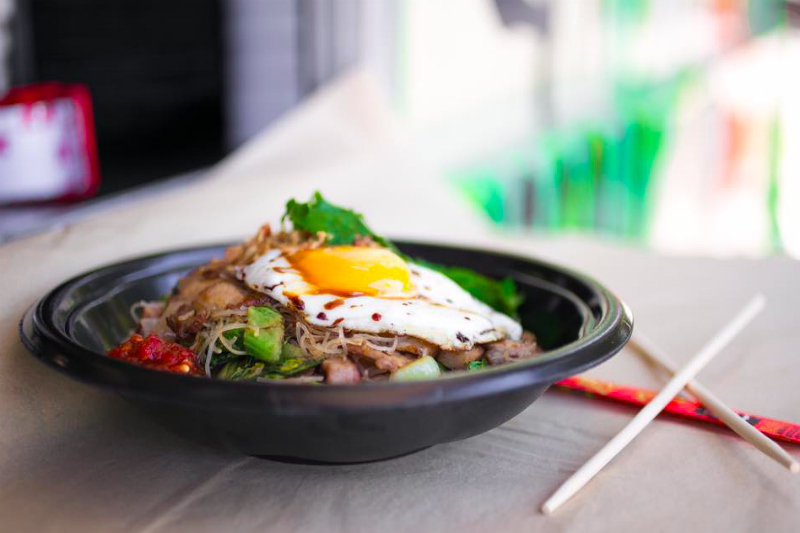 Arlo’s 100% plant-based late night food can be found in three locations: Cheer Up Charlies, the Historic Scoot Inn, and Spider House. Their burgers (made with soy and gluten-free patties), chipotle chik’n sandwich and tacos forgo meat but not flavor to provide vegan twists on bar food that will satisfy herbivores but won’t leave omnivores running to the next barbecue truck – although it might have them running back to double check the bac’n cheeseburger is in fact vegan. It’s that suspiciously good. 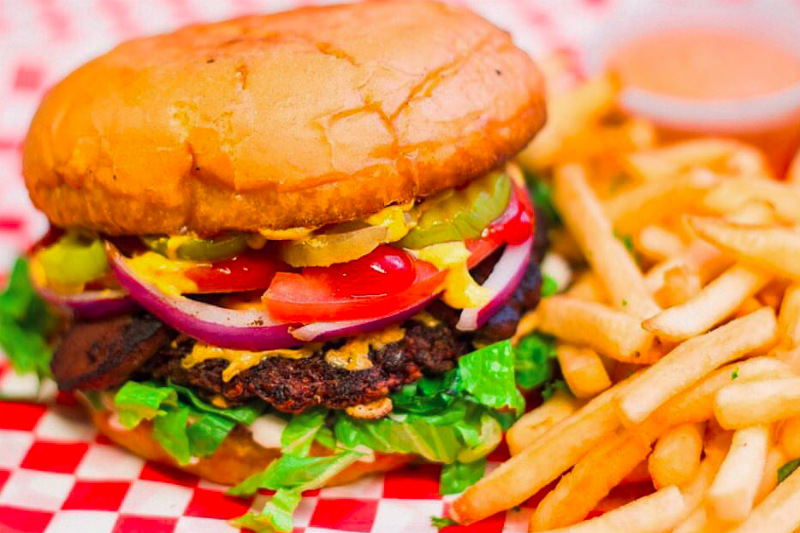 Started by childhood friends from Ciudad Juarez, the Churro Co. truck provides Austin with what the duo missed most about home: churros. Located on East Riverside, the truck offers churro-based desserts such as the Traditional, with cinnamon sugar, chocolate, cajeta or Nutella pudding; the Campfire, tossed in graham cracker sugar and topped with Mexican chocolate sauce and torched marshmallows; or the Texas Comfort, tossed in cardamom sugar and topped off with salted caramel, whipped cream, and if you haven’t already gone into cardiac arrest, homemade apple pie. You might as well loosen that belt a notch before you even start. 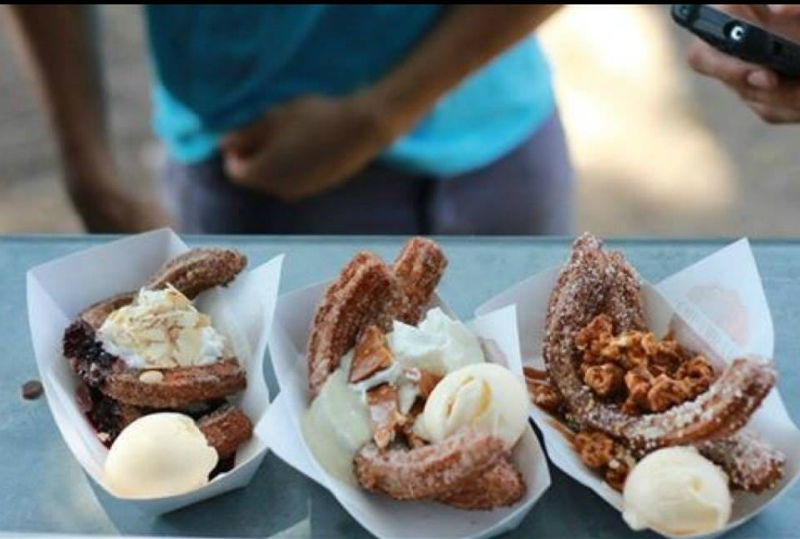