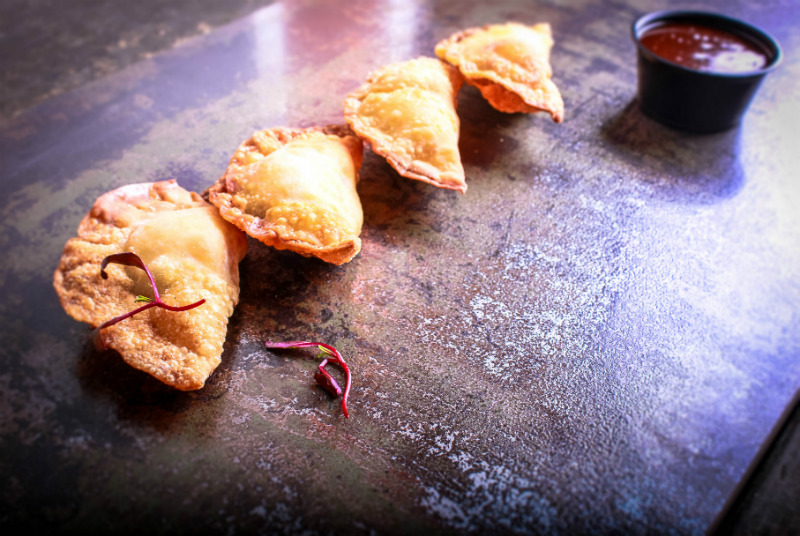 The Masa food truck has only been open for about a month, but it may just add itself to the growing list of Austin food trucks that are as much of a destination as the bar they share a patio with.

Chef and owner Louis Cantu’s goal is to provide no-fuss, Asian-Mexican fusion street food that he dubs “straightforward gluttony,” pulling from the fact that “masa,” aside from denoting the Mexican corn flour used to make tortillas, also means straightforward in Japanese. Cantu, a graduate of the Texas Culinary Institute, is a veteran of the Austin restaurant scene: at the age of 20, he became the executive sous chef of Imperia, worked under chef David Bull at both Second Bar + Kitchen and Congress, and opened the Austin location of Carlos Santana-fied Mexican eatery Maria Maria as executive sous chef. He is also chef and part-owner of Coreanos, the Houston-based Mexican-Korean food truck that was named the best food truck in Texas by Smithsonian Magazine. There’s no denying that Cantu’s menu being served up at its location behind Star Bar delivers on his promise of no-nonsense gluttony: menu items are simple, affordable, and may have you vowing to make use of that abandoned gym membership tomorrow. But you can rest easy knowing you’d be hard-pressed to find a better match for a frosty craft brew provided by Star Bar than some of Masa’s seafood hush puppies, or their pig pepper pig relleno, a pulled pork stuffed jalapeño pepper wrapped in prosciutto, grilled, and served with avocado salsa and crema.

Or, skip right to their two bestsellers, the short rib and cranky crab, both of which are served on your choice of two fried bao buns or two soft corn tortillas. The cranky crab is a tempura fried soft-shell crab, best when nestled into the slightly crispy bao bun, served with bacon, cucumber, lettuce, and a spicy bacon remoulade. Although it could perhaps use a squeeze of lime, the crab is rich and buttery, and would pair perfectly with a crisp IPA. But the real star of the show is the short rib, most commonly ordered as a taco. The braised short rib is simple but juicy with flavor, and is perfectly offset by the creamy, slightly spicy avocado sauce and the crunch of fried onions. The Yippie Hippie offers a vegetarian option with tempura fried green tomatillo, micro greens, and a spicy vegan mayo. Other bun/ taco options include a tempura-fried chicken with kimchi and spicy mayo and braised pork and charred pineapple. 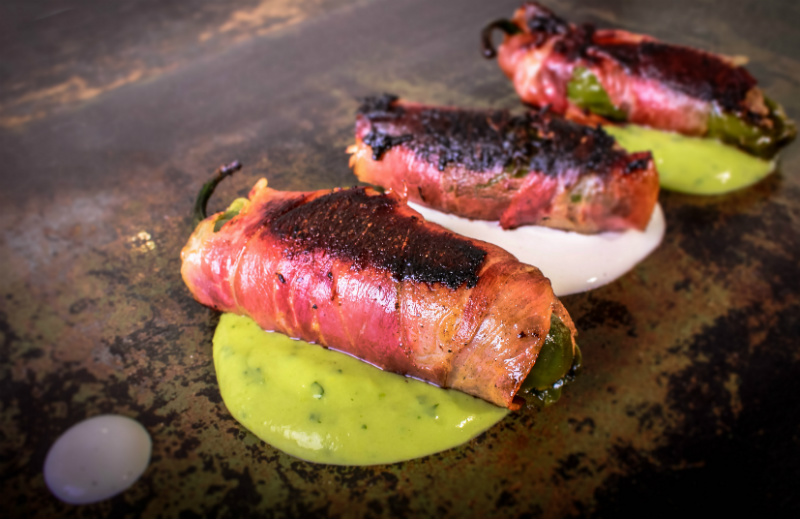 The temporary trailer that Cantu’s incredibly friendly team is currently using will soon be replaced by a larger food truck that will allow for catering and a more extensive menu, including a jalapeño-spiked burger served with beer mustard and caramelized onion on a brioche bun that stays true to Cantu’s quest for no-frills gluttony. Although Cantu has yet to prove whether this new Austin “elevated street food” spot will live up to the acclaim garnered by Houston’s Coreanos, his take on late-night comfort food may end up being the saving grace to your night of too many tequila shots and blaring top 40.