Catching Up With The Beer Diaries

Creators discuss what's next for the local web series 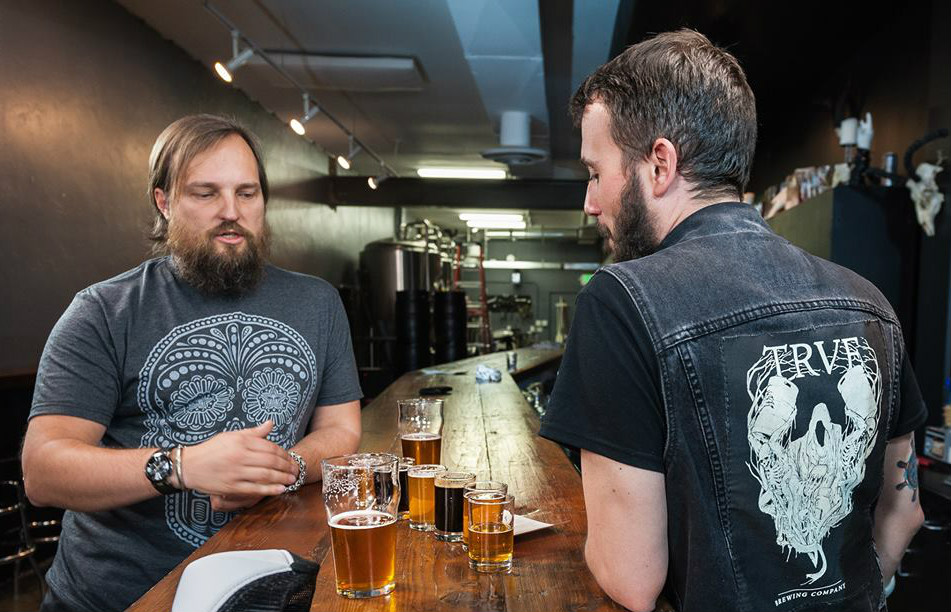 For over three years, locally produced web series The Beer Diaries has given its viewers and creators a window into the passion-fueled world of craft beer, a window open wide enough to take in an amber-tinted view of the world.

The project, which came into fruition following a fateful encounter between retired video game developer Greg Zeschuk and Austin-based filmmaker Mike Mann while drinking at the Whip In, started off documenting the burgeoning craft brewery scene in Austin and Central Texas in early 2013. Showcasing local breweries like Jester King, Thirsty Planet, and Real Ale, The Beer Diaries featured inside tours of brewing facilities and conversations between master brewers. Zeschuk, in full beer geek mode, excitedly grilled brewers on techniques, minutia, and philosophy. All the while, Mann kept the production values high, with professional-quality video and sound, expert camerawork, and animated sequences.

Zeschuk, Mann, and the rest of their crew haven’t rested on their laurels since The Beer Diaries’ not-so-humble beginnings. Over the course of the past three years, they’ve continued to chart the growth and changes in the rapidly developing Austin scene, recording the early days of new arrivals like Blue Owl and Oasis Texas Brewing Company and revisiting fixtures like Twisted X. The series even managed to escape the confines of the internet, netting a spot on KLRU. However, all this pales in comparison to its most ambitious initiative – The Beer Diaries World Tour, which strives to document beer and beer culture around the world.

The tour’s first destination was the hoppy wonderland of Colorado, with visits to famous breweries like Boulder Beer, Breckenridge Brewery, and New Belgium. According to Mann, the decision to kick off their tour in the Centennial State was due to the decades-long roots that the craft beer movement has there.

“They are a more mature market, so it’s interesting to see the contrast of an exploding, new market like Austin and these guys who have been around for a while and established their name,” said Mann.

The tour’s next stop took a longer plane ride. Mann, along with three other crew members, traveled to Belize, ostensibly to shoot an episode covering Belikin Beer and their decades-long monopoly on the Belizean market. The seemingly run-of-the-mill episode took a turn when the crew met renowned world musician Aurelio Martinez while drinking in a local bar. Like the original beer-fueled encounter between Mann and Zeschuk that sparked The Beer Diaries, this meeting was the start of something big – Martinez decided to tag along with them, leading to the creation of a multi-part travel documentary exploring the people and culture of the country, culminating in an impromptu concert by Martinez.

“That was some of my favorite stuff to work on because it was true to documentary reality form,” said Mann. “Vérité, going around, talking all the time versus a seated interview setup. Different from anything we had done before.”

Mann and company applied the model of using beer as an entry point into another culture in the production of their as-yet-unreleased series of episodes on Cuba. Filmed shortly before the country was opened up to the U.S., the series attempts to track down the brewery where Ernest Hemingway celebrated winning the Pulitzer Prize for The Old Man and the Sea. During the course of their search, the crew managed to document the social and economic stratification of modern Cuba. According to Mann, these stark divisions affect what types of beer are available to individual Cubans, with certain varieties for sale only in pesos – the currency of ordinary people – and other brews only purchasable with CUC, the currency used mostly by tourists and upper-class Cubans.

Though there is still Beer Diaries content in the can awaiting post-production and release, the filming of new episodes is currently on hiatus owing to Zeschuk’s new project – the creation of his very own craft brewery, the Bind Enthusiasm Brewing Company, in his hometown of Edmondton, Canada. Zeschuk’s decision to jump from documenting the world of beer to making it himself stems not primarily from his love of beer itself, but his appreciation of the attitude and camaraderie of the craft beer community.

“There’s a sort of nobility around craft beer,” Zeschuk said. “You’re effectively battling the giant dragon of [multinational beer conglomerate] AB InBev, so everyone bands together to do their best as a group. And I find that, for whatever reason, strangely romantic, and I want to participate.”

Once the brewery is in running order, both Zeschuk and Mann are interested in producing new content for The Beer Diaries, and taking the show to new frontiers. Mann envisions expanding the series’ TV presence beyond just local PBS stations. Zeschuk is already thinking about new locations to highlight, including countries whose beer scenes are not traditionally given much attention, like Spain and Italy. The destination that calls to him at the moment, however, is Belgium.

“When you talk about beer, you have to talk about Belgium,” said Zeschuk. “Belgium has a ton of these really famous, established breweries … but less new ones than you think. But all of a sudden, a bunch of new ones [have] started appearing.”

While the Diaries may be closed for now, the passion and blind enthusiasm for beer that propelled them forward is still awake, just waiting to ignite a new adventure.