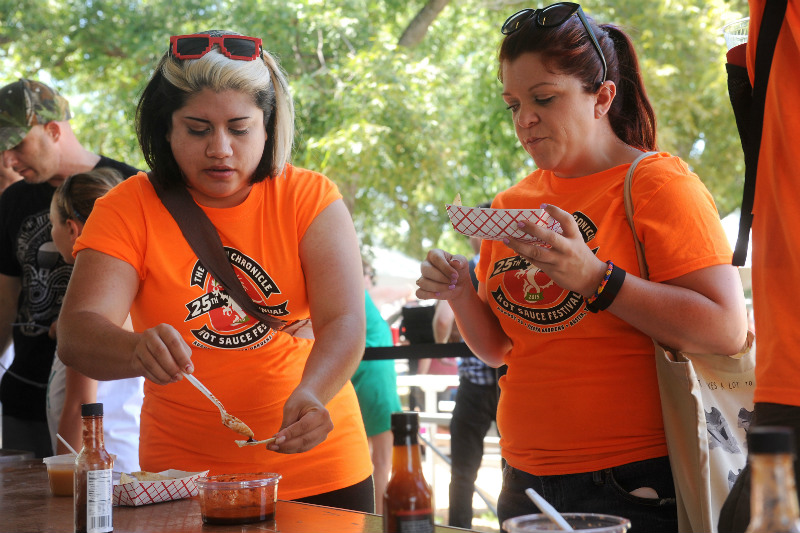 Hot diggity dog! The Austin Chronicle Hot Sauce Festival may be entering its 26th year, but we aren’t slowing down. Our annual shindig benefiting the Central Texas Food Bank is attracting more talent than ever – both in our cooking demo tent and behind the scenes as judges.

This year, our merry crew of local personalities, food writers, and chefs are joined by some friends from San Antonio in determining who will go home with the top prizes in the individual, restaurant, and commercial bottler categories. You will have the difficult task of determining who wins the people’s choice awards for commercial bottlers. I will be heading the judges this year with the assistance of the following celebrity judges:


At the cooking tent this year, we asked some our favorite chefs to demo recipes inspired by the fest. The day starts out with VOX Table chef Joe Anguiano, followed by Alcomar and El Alma's Alma Alcocer-Thomas, both chefs of First Plates award-winning restaurants. The day concludes with Lorenzo Morales of the upcoming Jazz, TX, in San Antonio’s Pearl Brewery and Pluckers Wing Bar’s annual Wing King competition.