Final to be held at Chronicle Hot Sauce Festival 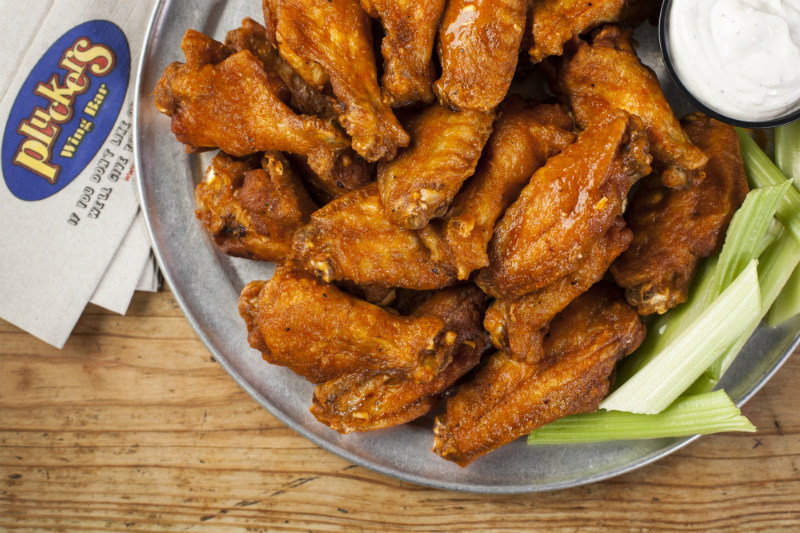 Booker T. Washington. James D. Watson. Jane Addams. These are all great Americans. But we doubt that they could eat 10 wings in three minutes or less. They may have co-discovered DNA’s double helix, but they still wouldn’t be able to qualify to be Pluckers Wing Bar Wing King.

Do you have what it takes to win the final $1,000 prize? All Austin-area Pluckers locations are now holding qualifying rounds for the annual tradition. All contestants will be required to eat the requisite 10 wings – covered in medium sauce – in the allotted three minutes, but those who choose Hot sauce will get a one-wing advantage per 10 wings eaten and those who choose the incendiary Fire in the Hole sauce will get a two-wing advantage.

Free qualification rounds take place during the location’s Wednesday trivia nights or guests can purchase wings to qualify from their server anytime before August 20. On Sunday, August 21, at 3pm, competitive eaters will be given 8 minutes to go for the gold during The Austin Chronicle’s annual Hot Sauce Festival benefiting the Central Texas Food Bank at Fiesta Gardens. This will be the first time that the Wing King competition has been held outside of a Pluckers shop.

“When Mark [Greenberg], Sean [Greenberg], and I started our wing bar more than 20 years ago we knew it was going to be a huge part of Austin’s culture,” said Pluckers co-owner Dave Paul in a release. “It seems only fitting that our signature wing-eating contest becomes part of that classic culture, as well. Austin doesn’t have any kind of classic eating competitions and we’d love for Wing King to become just that.”