Catching Up With Jacques Pépin 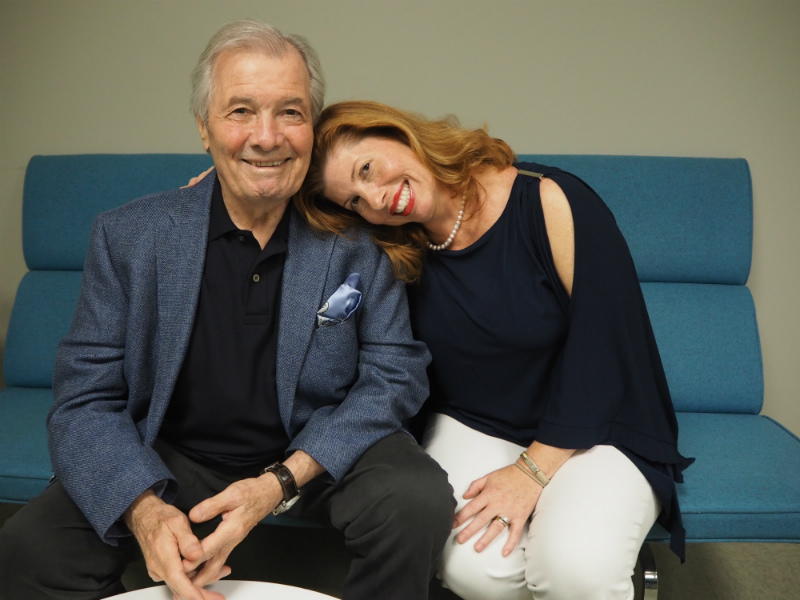 Jacques Pépin, it turns out, might be more Texan than most of us. After all, the iconic chef has been named an honorary Texan by three different government officials over the years. “I’ve been working on my Texas accent,” he says with a smile, his inflection just as French as ever.

Pépin visited Austin this week, for the first time since the IACP conference was held here in 2011, to speak at the Long Center with his daughter Claudine, then enjoyed a dinner in his honor at Launderette. Both ticketed events benefited the Austin Food & Wine Alliance, a nonprofit dedicated to supporting Austin’s culinary community through grants and educational programming.

“We’re so delighted to have helped bring the legendary Chef Pépin to Austin to experience our city’s amazing culinary scene,” says Mariam Parker, AWFA’s executive director. “Chef Pépin’s appearances will fund two to three culinary grants that will go right back into supporting culinary innovation and projects for our community.”

Before his show, Pépin signed books and took photos with a group of thrilled fans whose ages spanned multiple generations. Each one had been touched by his life’s work in a different way. “My mother has Alzheimer’s and lives with me,” said Stephanie McClenny of Confituras, a local artisanal preserves company. “We watch your shows every night and cook your recipes together, so I wanted to thank you.”

“No, thank you,” said Pépin who went on to share his thoughts on the significance of food memories with a packed audience at the Long Center. The talk was inspired by a piece he wrote for his 80th birthday celebration this winter, and a subsequent essay in The New York Times.

“There is something evanescent, temporary and fragile about food,” he began. “You make it, it goes, and what remains are memories.”

Growing up surrounded by twelve women who opened twelve different restaurants, Pépin was the first male in his family to enter the industry. His mother, aunts, and cousins helped create a lifetime of food memories and he touched on some of those that afternoon: picking fingerling potatoes fresh from the garden with his mother, truffle-hunting with his father, relishing the delicious simplicity of crusty bread and creamy salted butter. 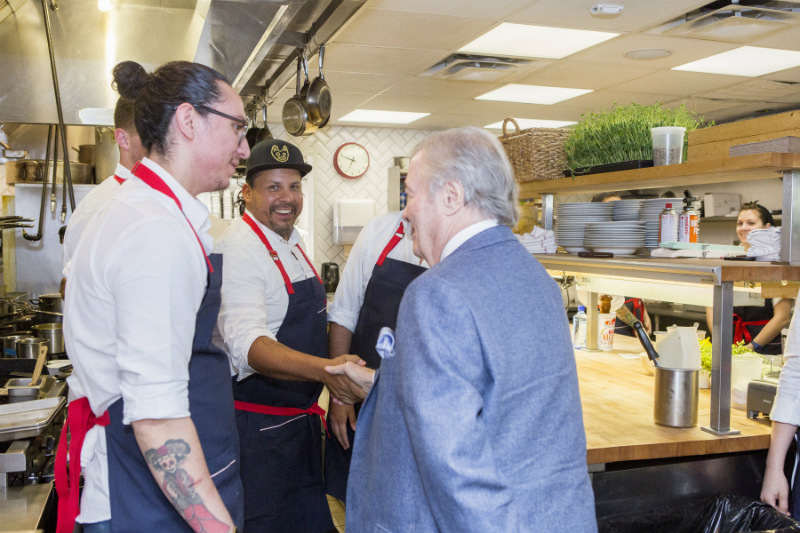 Fifty years ago, when Pépin married his wife Gloria, a New Yorker of Cuban-Puerto Rican heritage, he began a tradition of writing out and illustrating menus for each meal they shared, whether it was just the two of them or an entire family get-together. All guests present sign the menu, which is then added to the collection 10 books deep. (And some of these menus are now available as prints and can be found on a website dedicated to his artwork.)

When Pépin published La Technique in 1976, he was one of the first chefs to introduce classic French culinary techniques to American audiences – and made them even more accessible to home cooks through a number of PBS series through the years. After all, he can recall a time before these methods and dishes were hardly haute.

“Prior to nouvelle cuisine in the Seventies, I never once saw something on a plate in a restaurant,” remembers Pépin. “Even at home, my mother put the dish on the table and we helped ourselves. Now, no one would ever think of not serving everything on a plate.”

So it makes sense that this master chef – and lover of home-cooked meals – has embraced the casual atmosphere of fine dining in cities like Austin.

“Cooking is more than a physiological function,” says Pépin. “It has to do with whoever you are with, the memory it brings, the sharing of the food, so in a casual way it is better.”

The breezy, mod dining room of Launderette, just named one of Food & Wine’s Best New Restaurants of 2016, was the perfect setting for the benefit dinner after Pépin’s show. Chef Rene Ortiz and his team prepared a four-course menu which nodded to French classics (chicken galantine with black truffle, sauce aligot, and foie gras) while maintaining the cool, California-inspired edge for which they are known (striped bass crudo with salsa verde, red grapes, cucumber, and fennel). Pastry chef Laura Sawicki ended the meal with petits fours and a fitting floating island dessert, made with peaches, peach leaves, and bleu cheese. 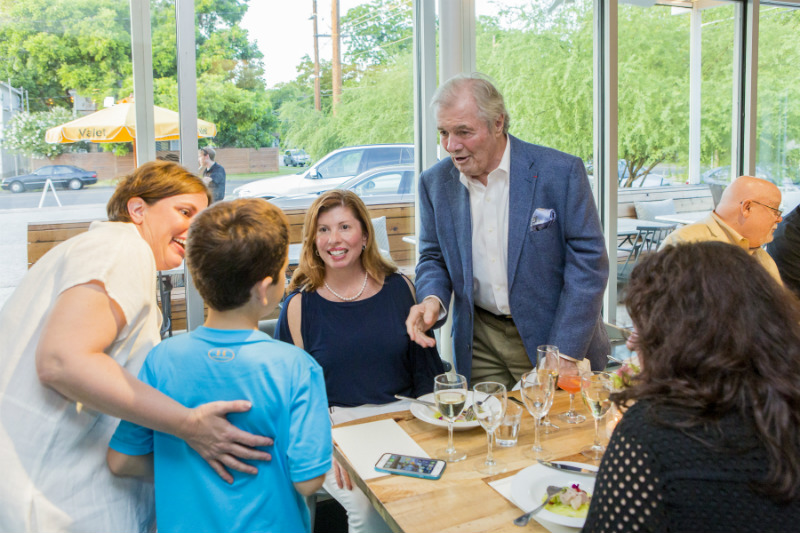 “The experience of collaborating with such a global icon was truly amazing,” said Ortiz. “We were all so excited to have Chef Pépin at the restaurant; there was so much camaraderie in the kitchen. Jacque's reaction toward the food, in his words, was ‘magnifique’!”

After an all-too-brief Austin visit, Pépin headed back to his home in Connecticut, where he’s working on his latest project: an upcoming series with his 12-year-old granddaughter Shorey, which will combine food, family, and lessons on etiquette.

Even after 67 years in the food world, Pépin doesn’t seem to have trouble finding the inspiration and energy to dive into one project after another. He explains it with a shrug and this simple reasoning: “Well, I’m hungry all the time!”