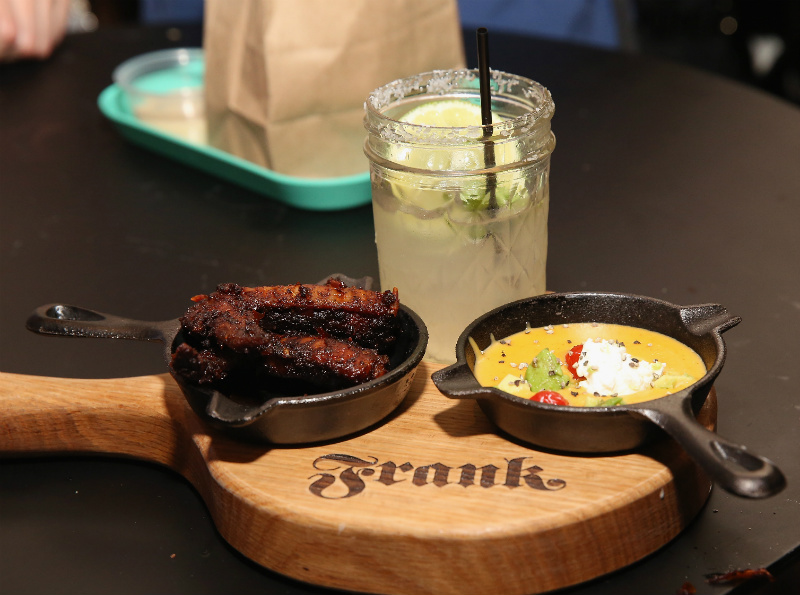 A little-known fact about creation: God didn’t completely rest on the seventh day. Stretched out on his cloud-ly Barcalounger, our heavenly father got a little peckish while watching dinosaurs and people interact with pools of lava. Having already created cheese as an apology for creating roaches, God saw the bubbling cauldrons of magma and said, “Let there be queso.” That’s why it is your religious duty to enter Quesoff 6 in one of four categories: meaty, spicy, veggie, and wild card. There’s no fee for entries, and entry in multiple categories are allowed. Email queso@mohawkaustin.com to sign up (include the category[s] you are competing in).

A big ole woot woot to Tèo Gelato, who took home the People’s Choice award from the Chicago leg of the Gelato World Tour over the Memorial Day weekend. Matt Lee and his team competed against 16 gelato giants from the Americas, edging out even hometown heroes based in Chicago. 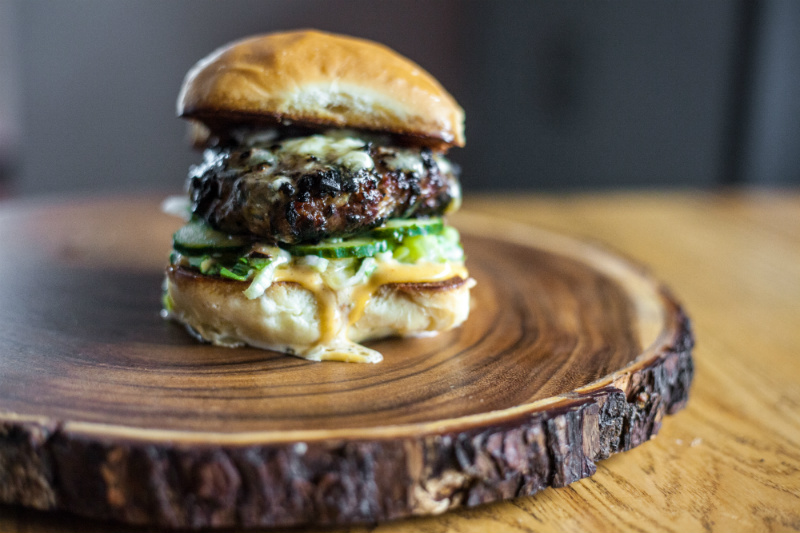 Oasthouse Kitchen + Bar is taking part in the James Beard Foundation’s Blended Burger Project. The initiative and contest promotes combining ground meat and chopped mushrooms in patties as a way to be kind to both the earth and your body. Chef Amir Hajimaleki’s creation, the Umami Burger (sorry, no Bob’s Burgers-like puns here, but let’s note that there was a golden opportunity to name the burger “Umami So Fat”), is an enticing combo of wagyu, oyster, and shiitake with onion, thyme, saké, soy sauce, mirin, and brown buttah topped with Japan island sauce, pickled bok toy, cucumber, and Delice de Bourgogne on a Hawaiian bun. Vote for them here and help kick Warren, Ohio’s the Lime Tree off their smug little perch. 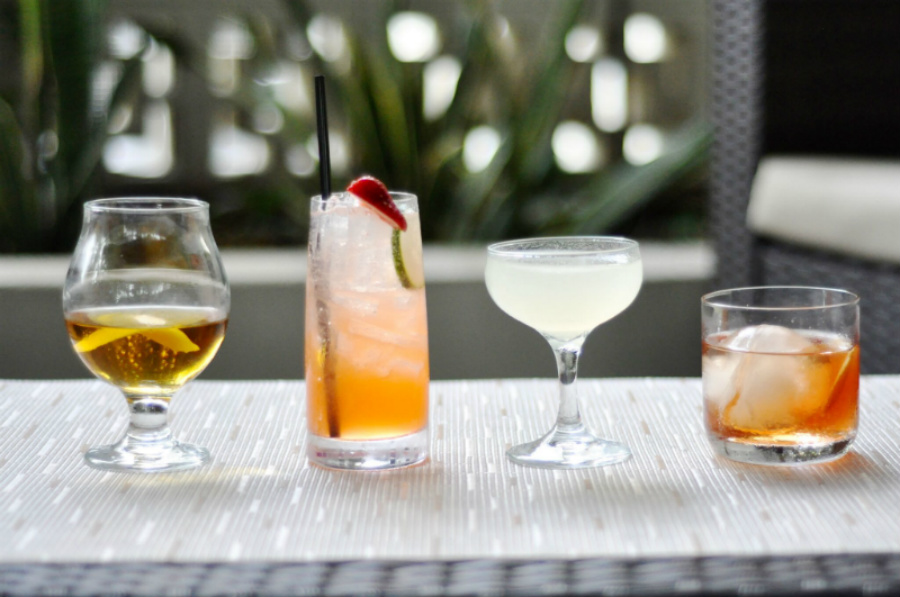 The Bijou (l), Daiquiri (second from r), and Old fashioned (r) are joined by a drink that wishes to remain anonymous. (photo by Ashlyn Allison/ courtesy of Prelog's)

Speaking of cocktails (wait, were we not speaking of cocktails?), Prelog’s European Kitchen & Bar has all sorts of libationary news. Bar manager Anthony Lehman has a slate of Saturday cocktail classes planned, and the restaurant has extended happy hour to the whole month. Also new (well, old) are three cocktails highlighting the Edwardian era of cocktails – the Old Fashioned, the Bijou, and the Daiquiri.

Other notable notables: Mañana Coffee & Juice in the South Congress Hotel is now offering half-priced pastries from pastry wizard Amanda Rockman between 5-7pm daily … Parkside Projects beverage director Paul Ozbirn is teaching a vermut class at Bullfight on June 15 … Walton’s Fancy & Staple is now offering craft cocktails like the Whoop Pear It Is and artisan cheese borts … Teen Mom Farrah Abraham has this to say about her new “fresh and frozen quick service food concept,” Froco, which opened on May 31: “Froco isn't only frozen yogurt but much more when you walk in, our employees are taken more seriously wearing fashionable chef uniforms as well Froco takes sanitation and attention of the look and feel of the quick serve restaurant more serious. We also give purpose with Coba our ‘popping boba’ mascot and guest mascot, Swirl, the lost ice-cream cone.”