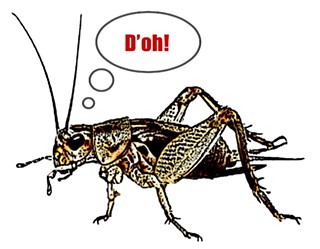 Some people, it seems, prefer to never eat crickets at all – but those people are fewer and fewer, which is why it might be a little crowded, at times, during the ninth annual Bug (Eating) Festival at in.gredients on Saturday, June 4, 4-8pm.

Because crickets, yes: Plain and chocolate-covered – or completely indistinguishable in fluffy, protein-rich flour.

Because mealworms, spiced and baked.

And who knows what other manner of crunchy, delicious arthropods will be available for the public’s snack-related program activities?

Austin’s own Little Herds has wrangled up another fine afternoon of free samples and cooking demonstrations and video screenings and even a bit of (hey, this is Austin) live music for your entertainment & edification in the name of what those who enjoy being polysyllabic call entomophagy.

This all happens, as we said, at in.gredients on the Eastside, the grocery-centered home to so many excellent events and community gatherings and coffee- or kombucha-fueled meetings that we’ve quite lost track of them all.

So don’t you lose track of this fine culinary opportunity, OK, citizen?

The Delysia Chocolatier people will be there, and those Slow Food Austin folks, and representatives from the Grow Network and Aspire, and the ever-industrious women of Crickers crackers. And more, yes, as the event is sponsored by Yelp, as your Austin Chronicle’s Wayne Alan Brenner probably won’t stumble too badly in his emceeing duties, as the first Saturday in June eventually fades among Manor Road’s plethora of drinking and dining venues … and the uneaten, still-living, free-in-the-urban-wild crickets begin their nightly chirp.