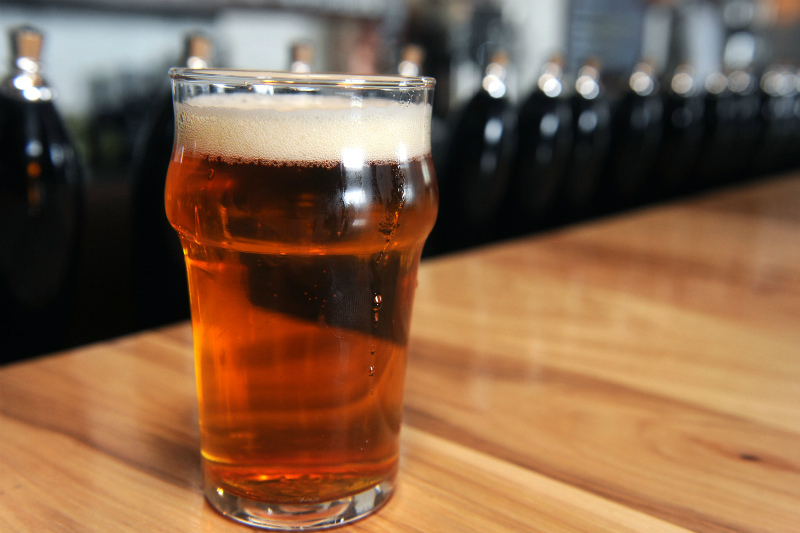 It’s shameful, really. The treacly suggestions on “How to Do Austin Like a Local during SXSW” from lifestyle media act as if the descending audience were very small children unaware of the monster hiding underneath the bed.

Austin, Texas is about to become peak-Austin over the next few days, and therefore it becomes the duty of each and every one of you to welcome our visitors with gladhands and real, proper suggestions on how to enjoy our spectacular city. This is not the hour to send visitors to off-brand rustic barbecue joints or outskirt nighteries with grouchy locals hoping to hunker through the insanity of folk punk and glitch pop.

It is the time to behave like a higher type of class than the concern trolls who wonder where traffic will go and who will protect us from the student wagers, the East Coast hipsters, and the West Coast early-20s pensioners.

SXSW is most certainly the time to enjoy what the central city offers, lounge outside in an absurdly long queue, and sit on hot patch of concrete waiting for your favorite band to play a set. Do all that while enjoying absolutely every available sunny second.  Drink beer. Listen to music – just like you were determined to do every mid-March in Austin when you moved here from some dreadful place like Chula Vista half a decade ago.

This is a beer list treasure hunt made just for you, the loyal local looking to get even more out of SXSW, and for you, the future ex-tourist seeking the cultural and beer-y excellence that Austin offers its natives. Game on! WILD OUT ON A LOW ABV SOUR

Since you were last here, Austin grew itself the only sour-mash brewery in the country.  Combining a zesty tartness, sleek body, and brewing deftness, Blue Owl Brewing's low-alcohol canned beauties like Little Boss sour session wheat and Spirit Animal sour pale ale are an invigorating way to continue the party right past your Thursday hangover.

Austin is the well-attenuated, refreshing, and crisp beer capital of the planet given its access to 491 days of sunshine per year. Seek out at least one of what Austin’s brewers do best: revitalizing pilsners by Real Ale (Hans’ Pils), Austin Beer Garden Brewering (Rocket 100), Live Oak (Pilz), or Austin Beerworks (Pearl Snap). 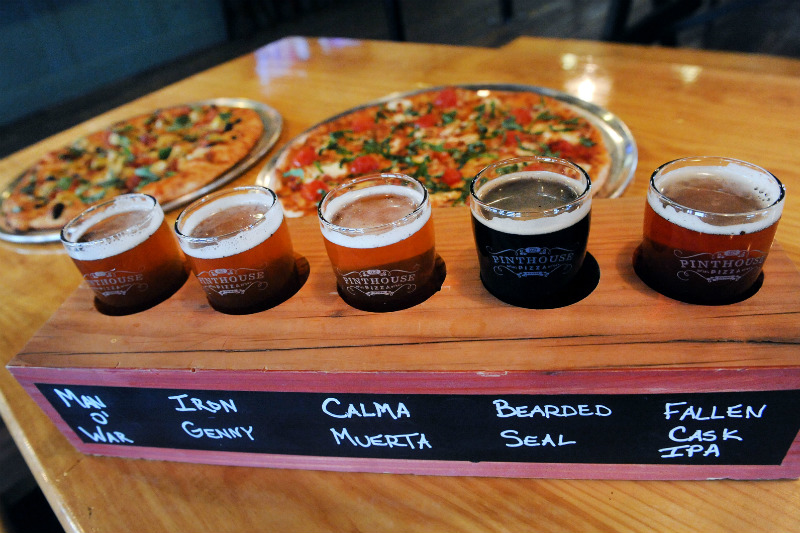 IPA FOR A DAY

The miracle of making a living person from a poppy seed into a thriving system of cells, axons, and systems used to be less incredible than anyone in this city taking a hop and making it into a noteworthy IPA. But dig this: we make good ones now! Seek out Austin Beerworks’ rotating IPA series, Heavy Machinery (their Double IPA is debuting just in time for SXSW). Zilker Brewing's Marco IPA, 4th Tap’s Long Walk grapefruit IPA, and Friends & Allies Noisey Cricket are worth searching for as well. And if you can swing it, grab a Lyft over to Pinthouse Pizza. Their small-batch IPA game is the strongest in the entire city.

PAY YOUR RESPECTS TO EL HEFE-WEIZEN

The biggest local beer story of 2016 thus far has been the state of perpetual excitement everyone around here has been in since Live Oak Brewing went platinum – or aluminum rather – by deciding at long last to can their legendary Hefeweizen. Its plush, bready body will have you thinking you’ve eaten an acceptable amount of grub to move on to the free LOKO. 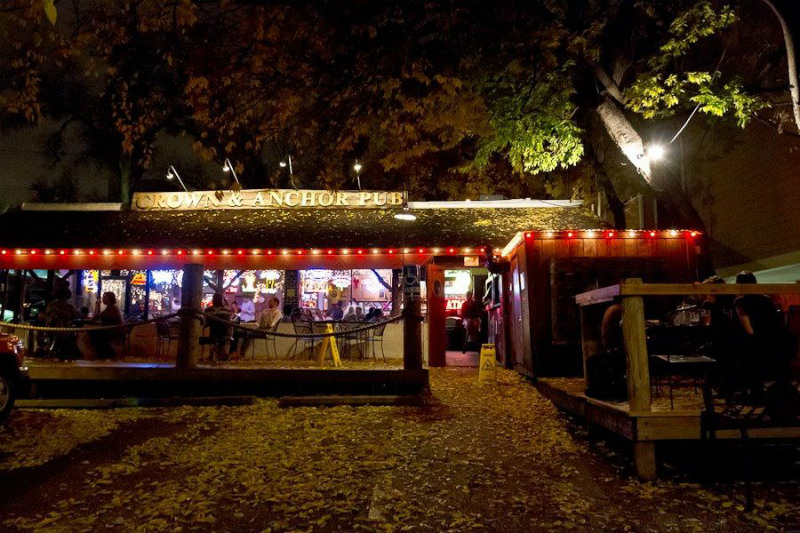 DRINK FROM AN ACTUAL GLASS PITCHER AT CROWN & ANCHOR

It’s not just that we brew better beer than whatever miserable state you’re from, it’s that we Austinites know how to drink it too. The lost social art of the communal pitcher is still alive and thriving here, but especially at the Crown & Anchor where they trust you with 12 pounds of breakable glassware filled with silly sauce.  Eat their prize of a cheeseburger for bonus points.

As you read this on your phone, we’ll remind you of the familiar incantation that beer-related print journalism is all but dead. But not here in Austin, as the four lads responsible for hyping the local craft scene over the past five years are intent on doing so the old-fashion way: with compelling oral histories, longform stories on hop oils, and telltale adventures of beer & loathing. If you can find this quarterly in one of the local loos, do yourself a solid. NOT JUST PIZZA & BEER, THIS PIZZA AND BEER

Speaking of food pairings, take part in a non-SXSW Downtown beer bar that boasts the city’s best food trailer, Via 313. The way we see it, that leaves you with two options: Craft Pride on Rainey or Violet Crown Social Club on E. Sixth. Literally any combination of local beer paired with any combination of 313’s delicious Detroit-style pizza is the correct one. (Note: a new brick-and-mortar Via 313 recently opened on Guadalupe with a good tap wall.)

SXSW is a conference of fat cats with beards and indie hobbyist types, also with beards, so this is like a free square. You’re on your way!

Hey look! It’s the first SXSW of our insane open carry law. Every time you see some fool walking around with a metallic protuberance, pay homage by grabbing a can of something good to shotgun down your gullet. Triple your points if the firearm is actually a shotgun. PICK UP A ROADIE

Swing by Wright Bros. Brew & Brew during the music portion of SXSW to grab a can of beer to-go while you drift your way down to the grind of Fader Fort. There are rumors of a very special beer debut from an iconic local brewery, so apart from the participating in the tacit legal flexibility of street drinking during SXSW, you can be one of the first to rub it in your buddy’s stupid face.

It’s hardly a secret that the unofficial slogan of the small beer community is one that Biggy so famously declared: "Get money, (and do that other thing too ….)" Just so happens that SXSW is the carnival of treason, and therefore we have no reason to doubt the intelligence passed our way that one of our very own locals will be accepting large stacks of cash from Pitbull’s street team at an undisclosed showcase. It is your mission to discover this merger and block it from ever occurring, thereby preserving Austin’s pristine craft beer reputation.

COLLECT A KOOZIE FROM A LOCAL BREWERY

Koozies are the most sensible souvenirs to ever exist. Hand a buddy back home something that says (512) Brewing on it, and watch him melt down with gratitude. It also lets them know exactly where your relationship stands: “Look I thought of you in an appropriate social situation and I’m trying to let you know we should go drink together more often” – but while also not coming off as clumsy, hulking, or desperate. In fact, we Austinites are fond of keeping koozies in our back pockets and purses for that unexpected day drinking session, knowing each time just exactly whom that koozie came from.

Remember, while at SXSW, one is supposed to be supporting a niche industry heavily reliant on word-of-mouth advertising and indie cred. Yeah, free is nice, but there is no other checkmark on this list as important as this one: buy a damn beer.