Sweet Ritual Ice Cream: Movin’ On Up and Out 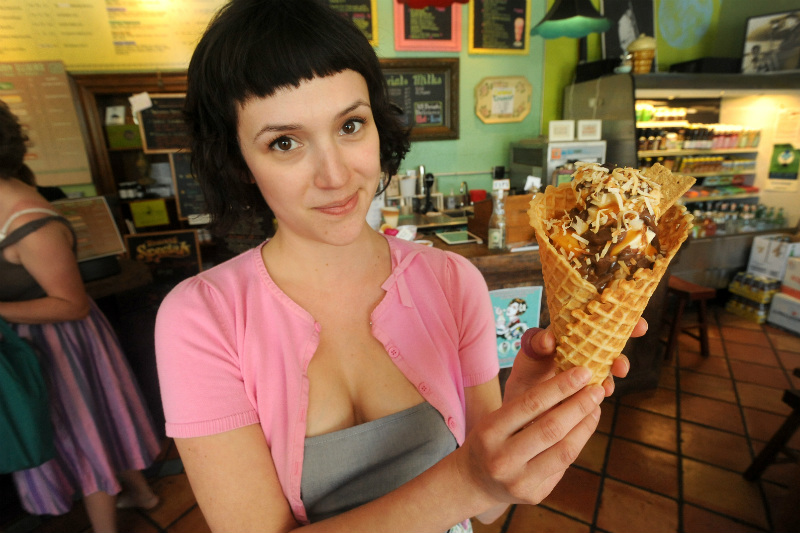 Admit it: If some Typically Gung-ho Vegan Yammerer tried to buttonhole you at a party, ranting about how totally wonderful vegan ice cream is, you might be all STFU – at least internally, right?

But what if it was other than some TGVY? What if some non-vegan, relentlessly dairy-craving and also shamelessly omnivorous creature such as your reporter here – who thinks little but happy thoughts when masticating dripping gobbets of braised flesh and washing them down with a double-cream espresso milkshake – what if he tells you that there’s some vegan ice cream that’ll make your tastebuds explode in hosannahs of praise and rapture?

Because here we are, citizen, you and I. And it’s my pleasure to tell you that Sweet Ritual, the vegan dessert mecca currently ensconced within the JuiceLand outpost at 45th & Duval, is moving into its own independent space on Airport Boulevard.

“We are so excited to have our very own spot!” says Valerie Ward, co-owner (with the ever-stylish Amelia Raley) of Sweet Ritual. “We'll be able to have more production space and a bigger freezer to make lots more ice cream, and we can start experimenting with even crazier flavors and more options. We can start producing things like gluten-free vegan ice cream cakes and vegan ice cream cookbooks. And we’re moving into the bustling BLVD district! Airport is becoming the coolest strip in town and we'll be right in the middle of it – with, oh, so much parking …”

Of course, it’s not all fun and games and vegantastic lah-de-dah, is it? Especially at this stage in the process.

“There’s so much work to do to get the space ready,” says Ward. “Tearing down walls, getting city permits, building new walls, moving everything over, decorating, and letting everybody know we're moving. Not to mention funding it all. It's a big leap, but we're really excited to get the community involved and offer rewards for their support. Our backers are basically just making a promise to eat a lot of ice cream over the next year.”

Indeed. Thus, the Sweet Ritual Kickstarter Campaign, to which we direct you with a gleam in our mind’s eye and a hunger in our mind’s stomach. Because, although it kind of surprised us at first, it turns out that vegan ice cream – especially the stuff created by Ward and Raley – is a very sweet ritual indeed. 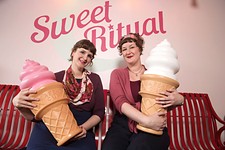