Easy Tiger to Open at Fareground at One Eleven Arro may have just closed, but 2016 is looking to be a big year for ELM Restaurant Group. Both their American concept, Irene’s, and the second Easy Tiger are slated to open later in the year. And now they have been tapped by Parkway Properties to manage the group of restaurants at Fareground at One Eleven Congress, the One Congress Plaza redux.

(Yes that is the place that used to have the corner fountains that you once drunkenly fell into after ACL.) Six eateries will make up Austin's first food hall. Easy Tiger, serving coffee, pastries, and other bakery items, will be ELM's contribution to the project. Although some local restaurants are reportedly in talks, the other five grab-and-go outposts will be revealed at a later date (please let it be a central Ramen Tatsu-Ya). In the press release, ELM founding partner Bob Gillett says his group wants to create a “microcosm of the [Austin] restaurant scene in one stop.” 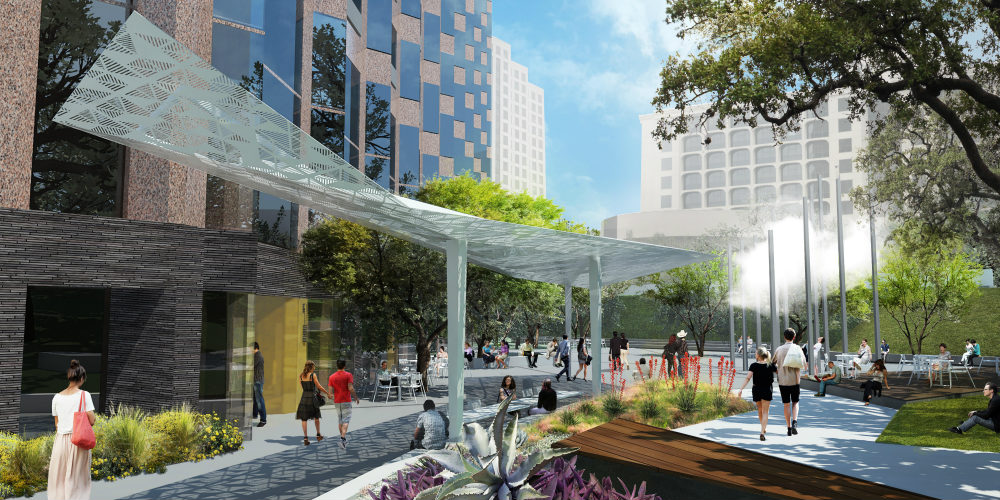 The design is by landscape architects dwg., the firm behind the Lamar Union Shake Shake and the sexy rooftop pool at the Hotel Van Zandt, and Michael Hsu Office of Architecture, the firm behind every cool restaurant ever. Like a food court in the mall of your dreams, each eatery will be surrounded by seating, with outdoor seating available in the park space.