One of the problems with getting away from it all is that the “all" eventually follows. In the case of the Hill Country communities surrounding Austin, sprawl is quickly encroaching as affordability stretches the city’s borders. Now Jester King Brewery has taken a stand to keep subdivisions at bay.

The brewery, nationally recognized for their farmhouse ales, has purchased 58 acres of land surrounding their property as a way to preserve the wide-open vistas and protect the land from development. “We felt we had to act,” said says Jester King founder Jeffrey Stuffings in a release. “We now have the confidence of knowing that the natural beauty of the land around us, for as far as the eye can see and then some, will be preserved for the long run.”

The Jester King team will be using part of the land for farming – growing herbs, grains, and vegetables for brewing, and planting an orchard and a vineyard that will support winemaking and beer experimentation. Livestock will be raised on the land as well for cheeses and charcuterie.

Eventually, the team has aspirations of using the land as a sort of agricultural and community hub, offering limited lodging, event space, farmers’ markets, an educational center, and a restaurant that will use the hyper-local produce. Stanley’s Farmhouse Pizza will remain a separate business from Jester King and was not part of the purchase. 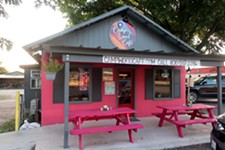 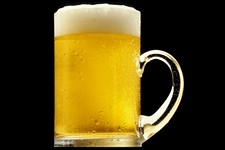