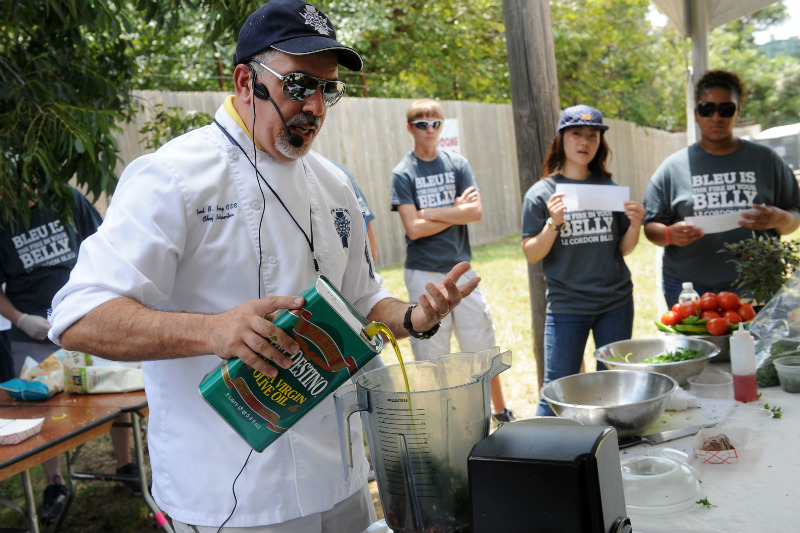 The Career Education Corporation, owner and operator of Le Cordon Bleu culinary school campuses in the United States, announced on Friday that they are closing out operations at all U.S. campuses. Students who had signed up to begin school in January 2016 will be the last class to graduate in the fall of 2017. The school is Austin's oldest culinary program, having begun as Le Chef College of Culinary Careers in the Nineties. That school was purchased by Career Education Corporation in 2001, which installed Le Cordon Bleu curriculum, and eventually relocated to larger, more efficient facilities near the Domain. According to online reports, the schools had been on the market for some time but no suitable buyer ever materialized, so the decision to close campuses was made. Austin is currently home to five post-graduate culinary programs – Le Cordon Bleu, Escoffier School of Culinary Arts, the Art Institute of Austin, the Natural Epicurean Academy, and Austin Community College. Perhaps the closure of one cooking school campus is another indicator that our hot local restaurant scene has reached a plateau of sorts or that there are not enough high-paying restaurant jobs to carry the debt burden of so many new graduates. Neither the Career Education Corporation nor the local Le Cordon Bleu campus has responded to our request for comment.

Owner David Ansel tells us the third outlet of Soup Peddler Real Food & Juice Bar will open next door to the new Omelettry in early January. The new storefront will offer limited seating for the full menu of soups, salads, sandwiches, and smoothies, as well as packaged foods to take home.

The owners of Amy's Ice Creams are redeveloping an older home near their Guadalupe Street outlet in order to open the second location of Baked by Amy's at 604 West 35th in February 2016. Look for the store to offer brownies, cookies, cakes, pies, and other sweet treats.

Mijos Tex-Mex Cantina closed quietly in November, making it the latest casualty in that particular restaurant location. It should be interesting to see who takes over that spot next and whether or not anyone can make a go of it in the building.

The quick-casual Indian/Asian chain Masala Wok is now open in Cedar Park. Look for a refreshed menu that offers traditional dishes such as masala and curry with various proteins at affordable prices, but also includes healthier options such as kebabs and salads.