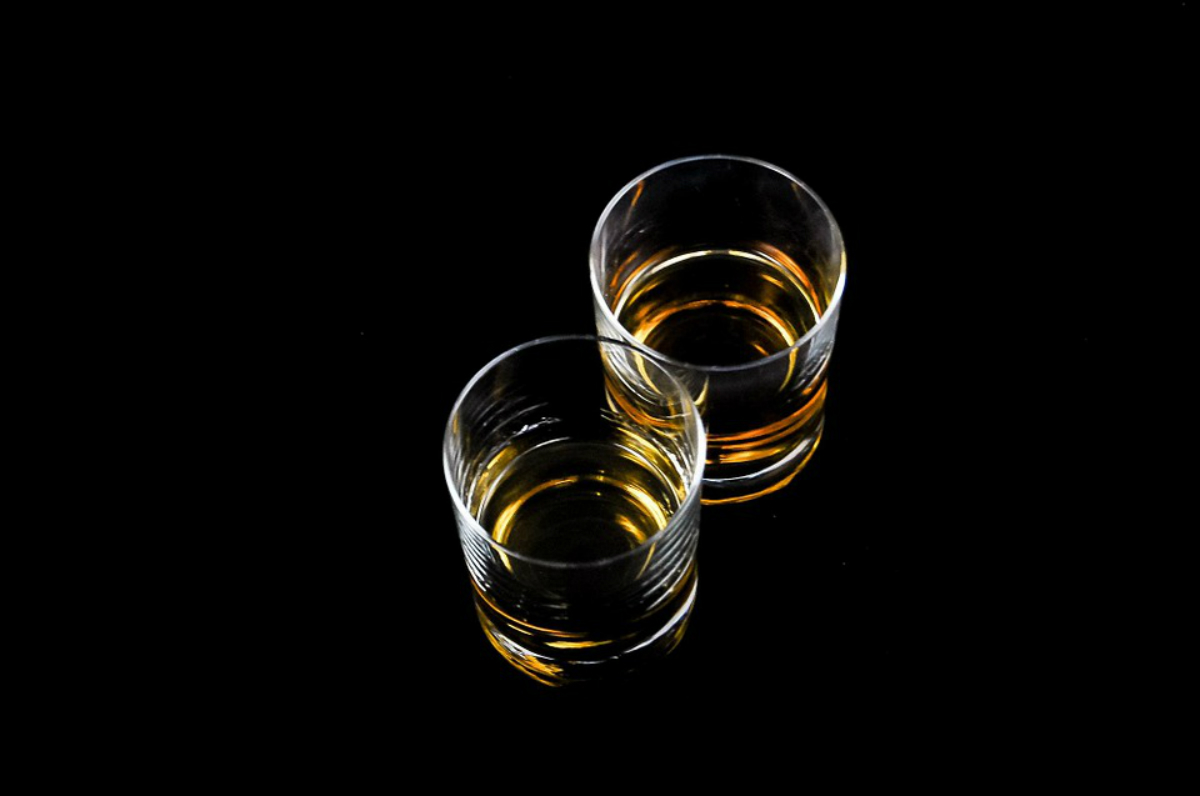 Walked into Opal Divine’s at Penn Field with friend Rob Bass last Thursday because we were attending the Whisky Festival that Scotch aficionado (and Opal’s owner) Michael Parker was once again visiting upon Austin's burgeoning population of spirit-craving citizens.

"Once again," I say, because this was the 13th annual such festival that Parker’s wrangled here.

You do something this good, I reckon, you’re gonna want to do it again and again, even if only once a year. And, let’s not get confused, this wasn’t the American Whisky festival that Opal Divine’s holds in the spring; this was the Scotch and Irish Whisky festival that has little to do with the imbibables perfected in our extremely post-colonial, jazz-inventing, free-market crazy, firearm-obsessed country.

And was it good, this latest celebration of artistry and flavor and conviviality?

Well, now. Is the Pope Catholic? Does a bear wish it had opposable thumbs so it could firmly grasp a glass of 45-year-old Macallan and send salvos of liquid amber brilliance down its virgin throat?

[Note: Let’s brace ourselves for how resounding the answer of YES must be.]

Walked into Opal Divine’s with friend Rob Bass, thinking about the first Whisky Festival, back in the original Opal’s location at Sixth & Rio Grande. There were one – or maybe two – long tables positioned in a single upstairs room; there were about twenty or so people gathered around those tables, and we were tasting several different types of, brands of, styles of, whisky. There were snacks of some kind, I recall, and local raconteur and itinerant bartender Beau Paul was working the small counter adjoining the whisky room.

But now, last Thursday: Walked into Opal Divine’s with friend Rob Bass, and it was like entering a sort of miniature version of SXSW in one beautifully appointed building, the whole of the vast and multipartite establishment at Penn Field turned over to the display of, the celebration of, the copious imbibing of, some of the finest whiskies known to humankind. The place was packed. Thick crowds of people were milling about with glasses in hand, whisky was being served from the dozen or so brand-hawking stations around the venue, and already there were more smiles per capita than you might see among the revelers at a You’ve Just Been Cured Of Cancer convention.

[Note: 80 different whiskies, to be precise.]

Also, food. You want to serve people umpteen samples of a beverage this potent, you want to have a lot of solid calories on hand, too, to help temper the levels of intoxication, to assist with pacing. And to also provide morsels that will complement the goodness of what’s being poured into every glass. That’s why, in addition to the array of pedestals on which perched overflowing platters of fruits and veggies and cubed cheeses and rolled cold cuts of ham and salami and so forth, there was a phalanx of servers constantly circulating with trays of culinary goodness created by Opal’s Chef DJ: shredded duck on crackers, smoked salmon on other crackers, tasty bits of chicken something, miniature falafels in chived yogurt, on and on, as if the venue were simultaneously hosting a 13th annual Hors d’oeuvres Festival.

You might've thought, going in, that a $50 entry fee was kind of steep, even while knowing that the proceeds would benefit Meals on Wheels. But by the time you left Michael Parker’s lively emporium all suffonsified with the diversity and quality of whiskies and that plethora of high-end snackage, you’d likely adjust your thinking along the lines of, “Whoa, fuck, what an incredible bargain.”

Because, yes, there’s the Macallan and the Laphroaig and the Glenfiddich and the Highland Park and the Ardbeg Uigeadail and so on and so forth, all the traditional quaffs from the land of the clover and the land of the thistle where the wild haggis roam, and there's newcomers like 2 Gingers, and so on, and your tastebuds are getting quite an education along with their pleasure-filled excitement.

But there’s also the Isle of Jura off the coast of Scotland.

The Isle of Jura, which you read about in Andrew Ervin’s recent novel Burning Down George Orwell’s House, a novel where the protagonist goes to Jura for what he hopes will be some whisky-fueled rest & relaxation, desperately needed, in the same rented cottage in which Orwell wrote his 1984.

[Note: It’s one hell of a fine and funny book, kind of like Cold Comfort Farm soaked in a cask of single-malt perfection and set upon by what might be a werewolf, and, look, we reviewed it right here.]

And you've enjoyed Ervin's novel so much that, eventually, you go to your local liquor barn and see about purchasing a bottle of Jura’s finest for yourself. Only to have your dreams shattered against the revelation that an alt-weekly journo's discretionary income doesn’t quite have what it takes to bring home such a rarified elixir.

But, hey, maybe you can find a local bar that’s got a bottle you can finesse a pull from, right? Surely there’s –

But then, there you are, milling about at Opal Divine’s 13th Annual Whisky Festival, and Rob Bass is telling you some hilarious anecdote involving Parliament-Funkadelic keyboardist Bernie Worrell having dinner at his parents’ house, and you’ve already enjoyed oral incursions of the Ardbeg Uigeadail and Highland Park and the Macallan and so on, and you’ve been exercising your pyloric valve with a steady flow of duck and trout and kale and Monterey Jack and all, and you’re thinking that you’ve already recouped your Meals-on-Wheels-abetting investment of half a C-note … and suddenly there’s the table featuring, ah, can it be? A selection of whiskies from that fabled Isle of Jura?

And you hand over a few of your remaining drink tickets to the tall, gangly, stylishly bespectacled, chocolate-colored man with the tattoos and the armful of jangling bracelets – his name’s Theo, right? Yes, Theo, another one of the squadron of professionals brought in from the other Opal Divine’s outposts to keep the whole deal running smoothly – and this Theo sets you and your friend Rob up with generous shots of what you usually couldn’t afford an entire bottle of.

And you let the amber Jura-born brilliance slide across your tongue, let it flood your palate and trickle down the rugose meatscape of your lucky craw while you think: Oh, Andrew Ervin, there you are, you hardworkin’ author, you – up there in Philadelphia somewhere, where it’s probably much colder than it is in Austin, and you’re probably not rubbing elbows and trading shots with the boozerati at a whisky festival, certainly not a festival as enjoyable as this Opal Divine’s gig is, and if I were more than just pleasantly buzzed by all these whiskies, oh, I’d be crying tears of pity for you right now.

You know what I’m saying, citizen?