Catching Up With the Beekman Boys 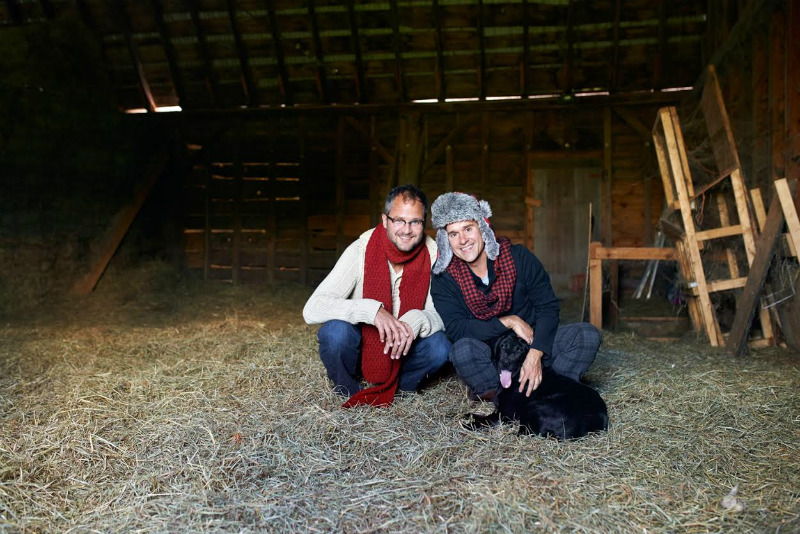 A small but enthusiastic crowd turned out at the Paramount Theatre in Austin on Sunday evening to hear a presentation by John Kilmer-Purcell and Brent Ridge, otherwise known as the Fabulous Beekman Boys of reality television fame.

Before the show, VIP ticket holders noshed on locally-sourced seasonal dishes from Hoover's Cooking, Lenoir, Cafe Josie, Barlata, and Edis Chocolates, local spirits, wines, and craft beers. Sunday's program was based on the engaging story of how a New York marketing executive and an M.D. turned their charming country weekend getaway into the base for a successful lifestyle brand known as Beekman 1802. I had the opportunity to chat with “the boys” before their appearance on Sunday and discovered their story of entrepreneurship and a more cultivated life might just resonate in farm-to table loving, social media-savvy Austin.

Up until recently, the Beekman 1802 brand was known for goats milk cheeses, soaps, and skin care products, as well as cookbooks, interior design elements, and gift items. Their breakthrough into big time culinary marketing was the result of necessity and the clever use of a social media marketing campaign. A few years back, the boys developed a pasta sauce made from an heirloom tomato varietal known as the “Mortgage Lifter” because it had such great flavor that the farmer who developed it was able to pay off his mortgage. The Beekman Mortgage Lifter pasta sauce was picked up by Target, but needed a marketing campaign in order to be competitive. “We're still a scrappy little company without a big marketing budget, so we came up with the idea to encourage our fans to take pictures of themselves buying the sauce from the shelves and post them on the Internet. Those 'shelfies' went viral and the sauce sold out in a couple of weeks,” Ridge explained.

The speed with which the farm-to-shelf pasta sauce sold out made a big impression on the Target folks. They soon approached the pair about developing a whole line of products at least partially sourced from small farms around the country. “We were excited about the idea, but we discovered pretty quickly that most small farms were just not set up to jump into major food production. We ended up sort of being matchmakers – locating small to medium manufacturers and pairing them with small farms that could provide some of the raw product necessary to produce the recipes we had developed, for the new line,” Ridge said. “Americans are now spending a billion dollars a year at farmers' markets, but that's a small amount when you compare it to the 640 billion spent in the center aisles at grocery stores. Our idea was to help connect some small farms to that bigger income stream, so they could stay in business and even grow.”

The Beekman 1802 Farm Pantry line of 48 new food products rolled out this fall, debuting at Super Target stores around the country in late November. Look for them on end-caps in four stores in the Austin market, with the possibility of more to come after the first of the year. Since the couple were able to use their winnings from The Amazing Race to pay off the mortgage on their own farm, the upshot of the Mortgage Lifter program is that 25% of the profits from the food line will be returned to small farms to help give them a lift. Complete details about applying for the program are available online and the funds will be awarded every spring.