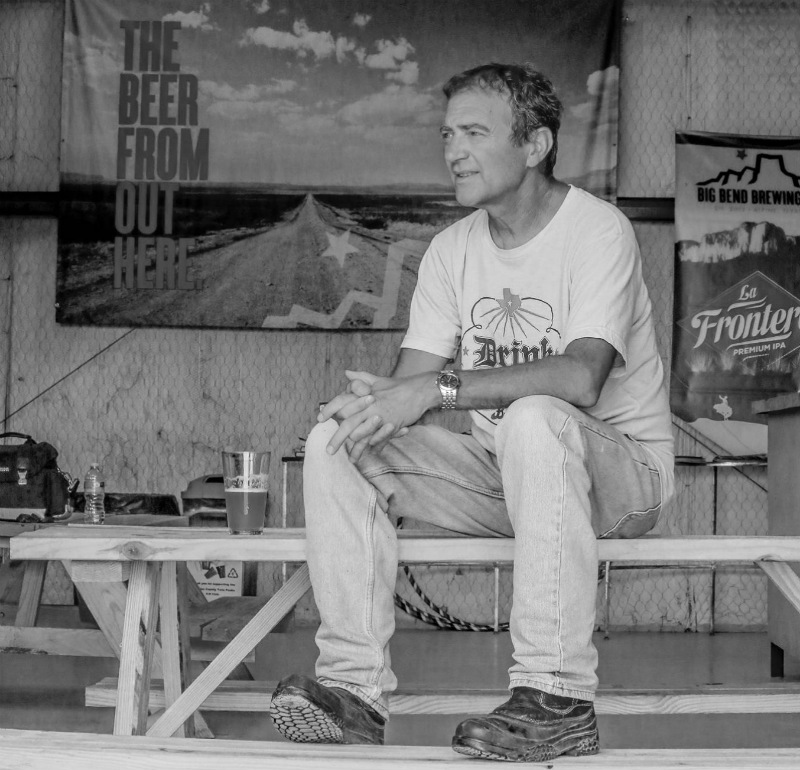 If you've enjoyed a craft beer in Texas during the past 22 years, Steve Anderson would be one of the first guys you'd want to thank. Raise a glass to Anderson the next time you're drinking in a Texas brewpub. He died of prostate cancer last week in Alpine at the age of 53.

Like many young men, Anderson followed a musical muse to Austin where he became an active member of the thriving local punk scene in the Eighties. He performed in bands such as the Cry Babies, Screws, Toxic Shock, and Scratch Acid. He spent plenty of time in the iconic punk club Raul's on the Drag and went to work there as a bartender when the club became the Texas Showdown. At the Showdown, Andserson would develop a friendship with owner Billy Forrester that would change Texas craft beer culture forever.

At the time, Anderson was an avid homebrewer, and he and Forrester wanted to open a brewpub to feature Anderon's beers, but they couldn't due to Texas' arcane liquor laws. The two friends made a deal – Anderson would enhance his brewing knowledge by attending the brewing program at the Siebel Institute and Forrester would lobby the Texas legislature to get the laws changed. The results of their combined efforts was the opening of Waterloo Brewing Company in Downtown Austin in 1993, with Anderson as the first brewmaster of the first modern, legal brewpub in Texas. “Steve was one of the greatest men I ever knew. I can't say enough good things about him – everyone will miss him,” Forrester told us this week.

When Waterloo fell victim to the first round of escalating Downtown rents in 2001, Anderson moved on to work as a brewmaster with Chip McElroy at Live Oak Brewing Company. “I'll never forget, we worked our first day together on Sept. 11, 2001, brewing pils and watching the horror unfold on television,” McElroy recalls, “Steve worked here for 10 years and we became very good friends. Everybody in the brewing community knew Steve and respected him.”

Over the years, Anderson and his wife, Ellen Weed, would escape to homes they had on the desert in far West Texas. They fell in love with the slower pace of life and wide opens spaces, and dreamed about opening a brewery somewhere in the Big Bend territory. Eventually, Steve put together a team of like-minded beer lovers, and the Big Bend Brewing Company was founded in Alpine in 2012. In only three years, BBBC has grown to an annual production of 5,000 barrels. After Steve was diagnosed with cancer in the spring of 2015, he turned over day-to-day brewing duties to his apprentice Amy Oxenham and brewery manager Henryk Orlik so he could concentrate on developing a small batch brewing program to create exclusive taproom beers. Unfortunately, he didn't live to see that project completed. To honor Anderson's legacy, the BBBC staff has named the facility taproom Steve's Cantina. In addition, the company will only have brewers from here on out. Anderson will have the distinction of being the first and only brewmaster there.

BBBC will host a celebration of life party honoring Anderson at 3401 W. Hwy. 90 in Alpine (432/837-3700, info@bigbendbrewing.com) on Saturday, Dec. 5 at 3pm. In lieu of flowers, Steve's family and friends request that people make a donation in his name to Pints for Prostates, an organization that promotes regular prostate screenings.