Bringing the Art of Bread to Austin 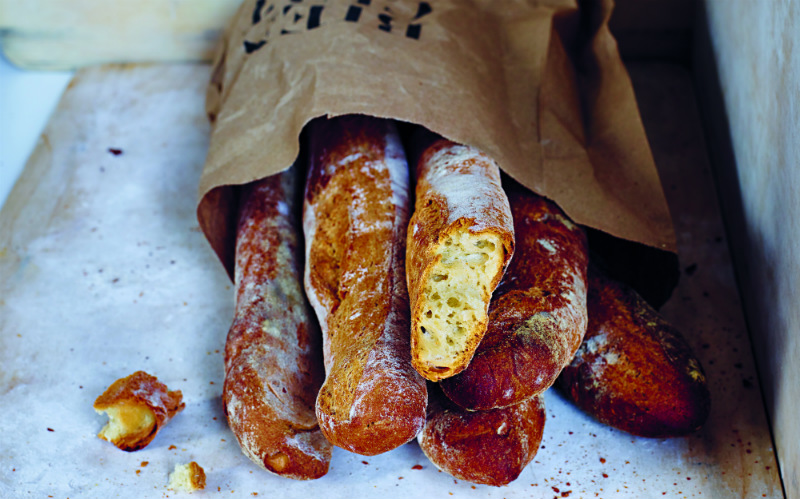 One of Thomas Schauer's photos from Bien Cuit: The Art of Making Bread

The culinary renaissance in Brooklyn has been fueled in large part by the exemplary work of a talented group of food artisans. One such artisan is baker Zachary Golper, whose Bien Cuit Bakery in the Boerum Hill neighborhood turns out hearty loaves that are prized by his neighbors as well as chefs from top restaurants around the city.

Bien cuit is French for “well baked,” and judging by the rave reviews in the national press and the rapid expansion of this business, Golper's loaves are just that. Now the artisan baker has teamed up with veteran New York author Peter Kaminsky to produce Bien Cuit: The Art of Bread (Regan Arts, 324 pp., $50), a book of recipes that should soon be in the canon of American bread baking. Be warned, Golper is a firm believer in the fermentation of grains in order to develop intense flavors and appealing textures in his breads, so most of the bread recipes will require an investment of time. A 24-day sourdough starter is the key element in many of the loaves and the detailed description of how to develop and maintain a starter should be easy to master with the use of a reliable kitchen scale.

However, for those bakers too eager to wait for dough to ferment and rise, there is also a section of quick breads – biscuits and scones – that are bound to satisfy. The book is artfully produced with mouthwatering photos by Thomas Schauer – including shots of whole loaves and slices and Golper at work, plus a very useful section towards the back with step-by-step photos demonstrating various dough-shaping techniques and procedures in detail. The authors obviously want home bakers to make use of this book, and the open spine binding technique used by the publisher allows the book to stay open flat on the counter or a cookbook stand for easy use. 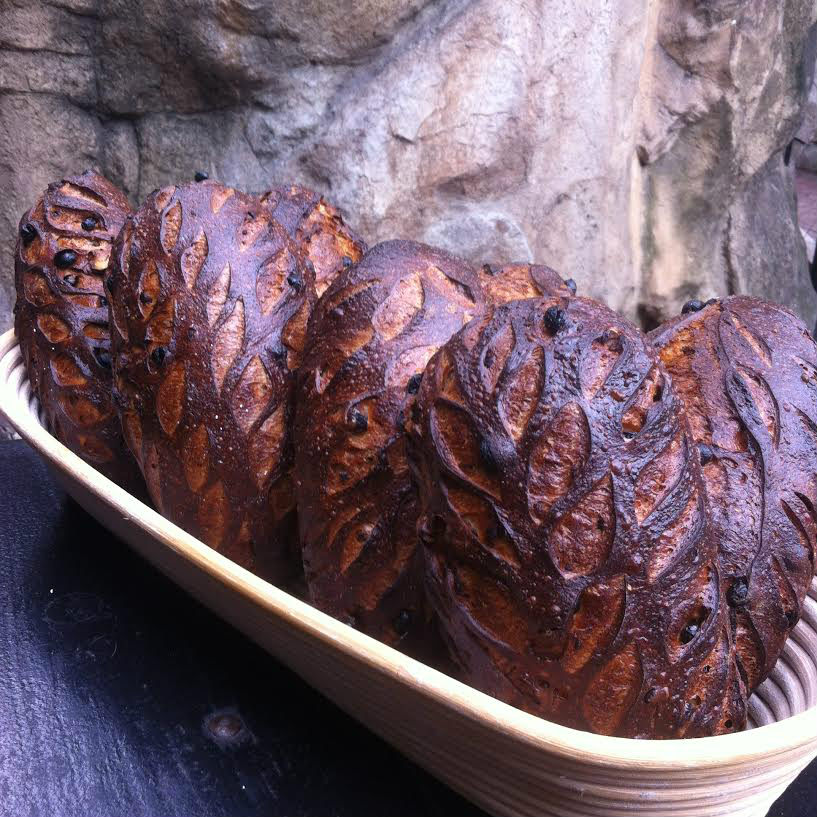 To celebrate the release of the book on November 17, Golper contacted the owners of 10 of the nation's top bakeries and asked them to feature one of the bread recipes in their shops for a week during the holiday season. Easy Tiger's head baker, David Norman, was more than happy to participate in the promotion. The two accomplished bakers became friends after both their bakeries were recognized as among the best in the country in 2012.

“Looking through the book, the recipe that jumped out at me is his chestnut holiday loaf," Norman said. "I love baking with chestnuts and his recipe includes an interesting step of making a chestnut milk with puréed chestnuts and milk, and then the final dough has chunks of chestnuts and dried currants, as well. It sounded festive and delicious, so that's what I'll be making this week."

Norman also confessed that the chestnut loaf recipe appealed to him because it reminded him of his first experience baking with chestnuts at a French restaurant in New York years ago. “I got some fresh chestnuts and chestnut flour in the fall and wanted to bake a French-style chestnut bread. I knew that chestnuts were often scored with an X before roasting, but I thought that was just the French being fussy, so I decided I didn't need to score them. I loaded the fresh chestnuts onto a sheet tray and used the peel to push the tray deep into the deck oven. Moments later, the nuts started popping and exploding, jumping off the sheet tray and scattering all over the deck,” the laughing baker recalled.

Look for the chestnut holiday loaf (retailing at $6) with chunks of properly roasted chestnuts at Easy Tiger from Monday, Nov. 16 through Sunday, Nov. 22. The bakery will not be carrying copies of the book, but they tell us that it will be available at Métier Cook's Supply. 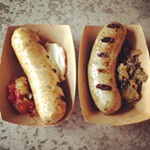 Dear Glutton: SXSW Edition Day One
Getting loopy on synths and Tiger's Blood