By Virginia B. Wood and Brandon Watson, 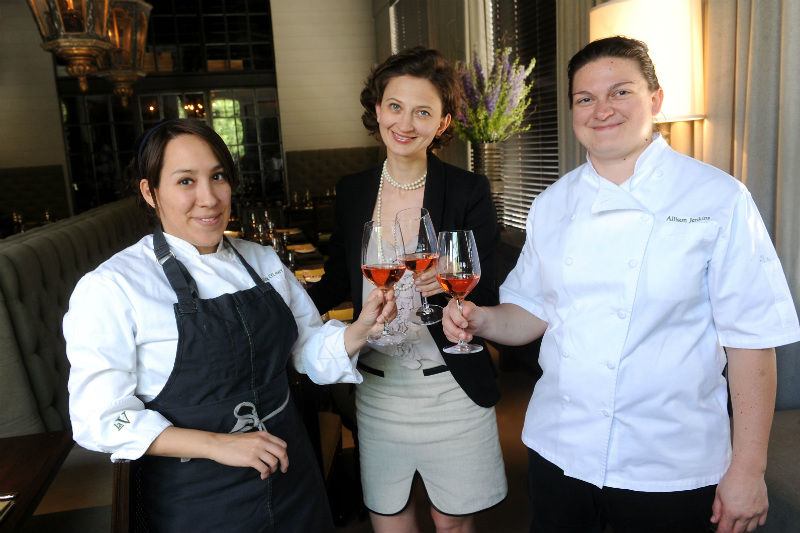 Celebrity chef and former soul patch owner Michael Symon is set to open his Symon’s Burger Joint in the Urban Outfitters' Space 24 Twenty space in November. Like other culinary newcomers to Austin, the chef seems to be inspired by the Lone Star state in offerings like the Hook 'Em Burger made with Texas hot links, fries and “queso sauce.” Local beer will be on tap too. – B.W.

Texas Hill Country Olive Company, the makers of that golden stuff you dip your fingers in when no one is looking, is expanding their weekly offerings – including adding Friday and Saturday orchard tours and a weekday lunch bistro serving sandwiches, salads, and specials. – B.W.

In chef shuffles, Texas French Bread announced that chef Ben Schwartz would be joining the team. Schwartz is no stranger to the local food scene, having worked for Uchi, Uchiko, and St. Philip. In 2014, he dominated the Citywide 86’d competition. Schwartz has added a new wood grill emphasis to TFB’s bistro fare. – B.W.

According to a posting on their Facebook page, the husband and wife team of pastry chef Janina O'Leary and executive chef Sean O'Leary have left laV to pursue other career possibilities. No word yet on where either of them will be working, but Janina's legion of local fans hope to see her exemplary pastries, breads, and desserts at another local venue very soon.

The O'Learys departure from the upscale French restaurant is the third big change there in recent months.  Once touted for the all-female team of wine director and sommelier Vilma Mazaite, executive chef Allison Jenkins, and Janina O'Leary, laV is obviously a restaurant in transition. Chef Jenkins left in the summer and it was announced earlier this month that Mazaite was leaving her position as wine director and sommelier in order to promote an international Burgundy festival.

In a statement released today, laV owner Ralph Eads and general manager Jamie Wagner said, “From the beginning our mission at laV  has been to offer an inspired menu, world-class wine and service in a lovely setting. We continue to be humbled  by the support and recognition laV has received as a result of the hard work and dedication of our collective team.  Since opening we've learned valuable lessons about how to build a great restaurant and remain steadfast in our commitment to providing the best possible experience for our guests. For that reason, we are taking our time to conduct a comprehensive search for an executive chef and are making excellent progress. We have been gratified by the quality of candidates who have expressed interest in joining laV. We expect to conclude the search process in the coming weeks. In the meantime, we have a great culinary team at laV who continue to produce some of the best food in Austin. We would also like to express our thanks to chef Sean O'Leary for helping us on an interim basis during our search. Chef Janina O'Leary is a great talent and we wish her the best as she moves on to her next adventure.” – V.B.W.