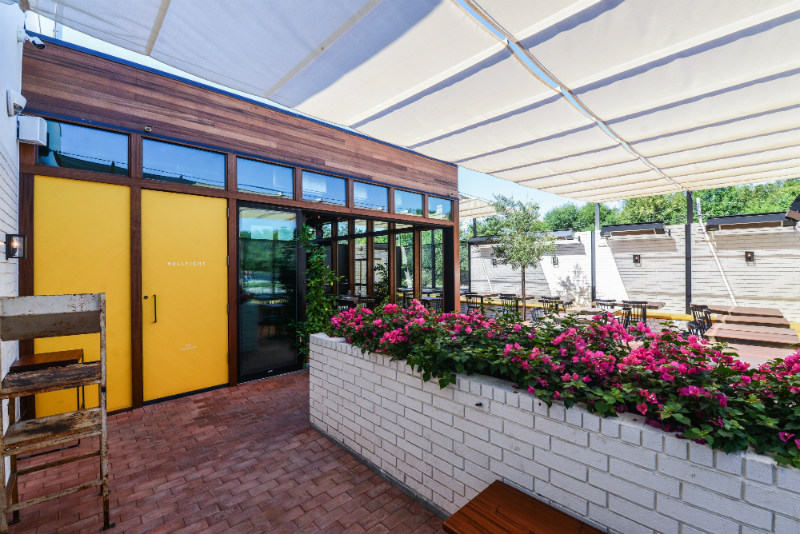 After Shawn Cirkiel’s short-term dip into hotel dining at the Radisson, it looked like some of the wind had been knocked out of Parkside Projects. There was something impersonal about the space and the cuisine, as if the loaded potato skins of the previous occupant were still setting the tone. But that, as they say, was then.

Trading in Southwestern cuisine and an open dining room for Spanish tapas and intimate seating, Cirkiel's new joint is closer in spirit to his flagship, parkside. What Cirkiel lost in square footage with chavez, he gained in sex appeal in Bullfight.

That’s apparent as soon as you enter the indoor/ outdoor space. The most modish inclination in restaurant design is to wrap everything in white gloss and woodgrain, but Bullfight gently bucks the trend. Sure, there is plenty of the wood – on the walls, tables, benches, and rafters – but the Michael Hsu interior is more interested in shadows than spotlights. A caliche-white brick at the bar and on the patio, patterned tiled walls, and the occasional sunshine yellow burst keeps gloom at bay, even with such a heavy use of black. Still, most of the lighting comes from dimmed, scattered pins. A few spiky sconces and a massive, contemporized take on the medieval chandelier add sultriness. 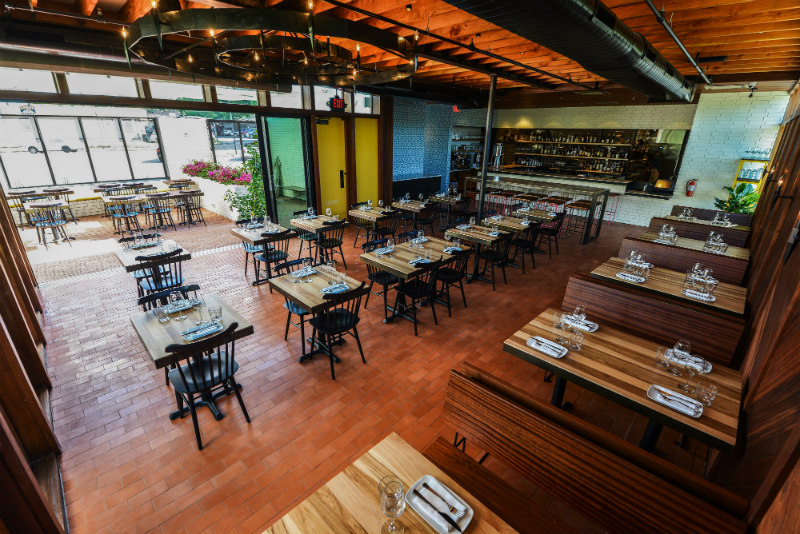 The menu doesn’t shy way from the classical Spanish arsenal, including a straightforward paella, padrón peppers, croquettes, jamón Ibérico, gazpacho, and a rustic tortilla on the menu. Elsewhere, representative flavors are tweaked and lightened. Another tortilla offering adds squash blossom and sheep’s cheese. Gazpacho takes on sweet summer corn and smoked paprika. Bitter orange is right at home as a glaze for pork ribs.

The concept is tapas, but Bullfight eschews overly precious bites in favor of heartier fare. Some of the dishes work well as entrées, like the hake blanketed in serrano ham served on a bed of lentils, balled cucumbers, and Fresno peppers or a ribeye fit for Miranda Priestly served with greens. Smaller dishes varying from veal sweetbreads to grilled artichokes still give more than a taste. Even the snacks, all priced below $6, are shareable without a knife. On the dessert side, pastry chef Erica Waksmunski expands her repertoire of classic Americana to include Spanish influences, but her commitment to layered flavor stands. 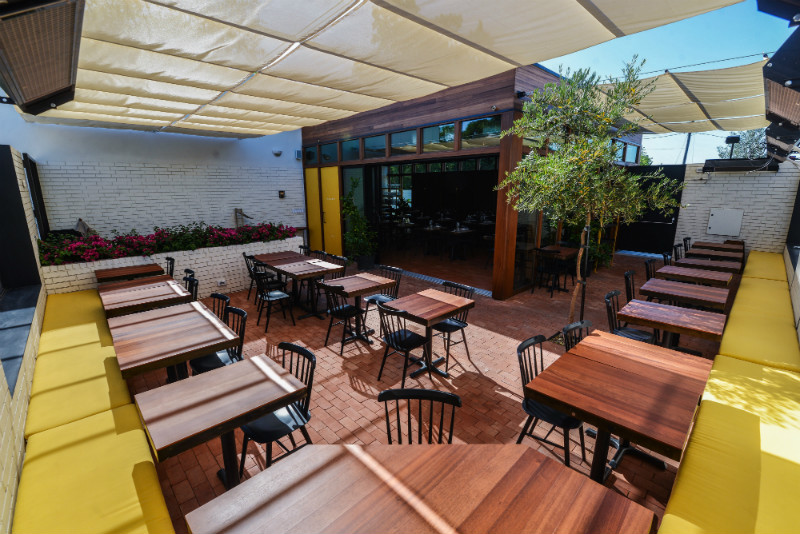 Sherry has already joined mezcal and bourbon in the vaulted ranks of fetished libations. I expect the accompanying tapas will have increasing currency in Austin soon (the new owners of the Bess Bistro location are reportedly pursuing the concept). If I were prone to making such announcements, I would say Spanish is the Italian of 2016. I’m not waving that flag yet, but I’d still be willing to bet that by then, Austinites will have an entirely new mental image when someone says the word “chorizo.”