Our picks for the season's can't-miss events 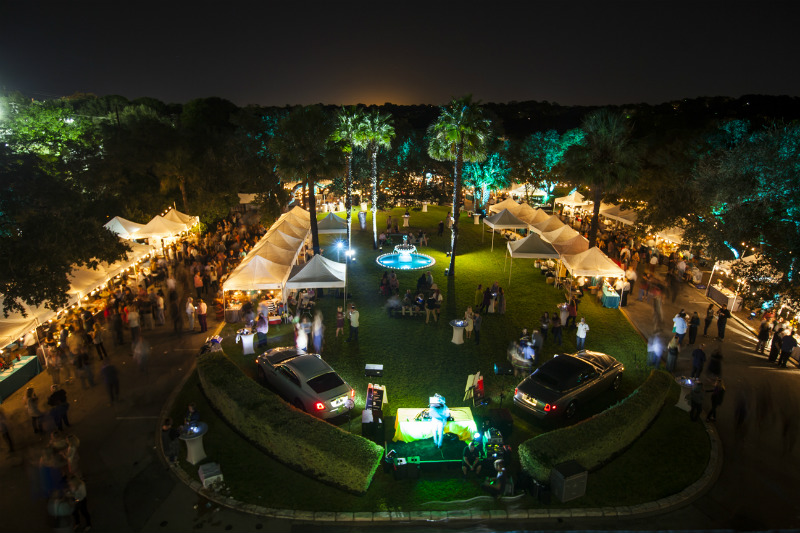 The fall food event calendar is already packed with plenty of tasty options. These parties don't even take place until October and November, but they'll sell out long before that. Make plans and buy tickets now so as not to miss the fun.

Austin Food & Wine Alliance Presents Chef Emeril Legasse – The promotional tour for Legasse's new book, Essential Emeril (Oxmoor House, 304 pp., $29.95), rolls into Austin October 7. The affable chef will appear at three events with AFWA. One is private and the other sold out overnight, but it's still possible to get tickets to a cocktail party and book signing at the Hotel Ella (1900 Rio Grande). Tickets are $35 to benefit AFWA and do not include the cost of the book. Wednesday, Oct. 7, 5-7pm.

Edible Austin magazine hosts their fourth annual Chef Auction where guests bid on customized personal services from some of Austin's best chefs. The benefit for the Sustainable Food Center and Urban Roots will include appetizers, beer, wine, and spirits with live music and the auctions at the Allen House (1104 San Antonio) on Thursday, Oct. 8. Featured chefs are the following: Tatsu Aikawa and Tako Matsumoto of Ramen Tatsu-Ya; Ben Baker of Travaasa Spa; Ji Pen Chen, Ling Qui Wu, and Callie Speer of Wu Chow; Tyson Cole of Uchi; Sonya Cote of Eden East; Todd Duplechan and Jessica Maher of Lenoir; Aaron Franklin of Franklin Barbecue; Andrew Wiseheart of Contigo and Gardner; and Casey Wilcox of Justine's Brasserie. General admission tickets go on sale on Sept. 16 for the party to be held Thursday, Oct. 8, 6-9pm.

Cochon 555 Heritage BBQ is a touring cooking competition that showcases global grilling traditions and this year, it's coming to the Driskill Hotel (604 Brazos). Five competing chefs will each be given one whole heritage pig and challenged to create six different dishes for a panel of judges. Competing chefs include Josh Jones of Salt & Time, Wiseheart of Contigo and Gardner, Sarah McIntosh of Épicerie, Thai Changthong of Thai-Kun, and Quealy Watson of Hot Joy in San Antonio. The Austin winner will by crowned “King or Queen of Texas BBQ” and win more than $3,000 in prizes. Guests will enjoy samples of all the competitors dishes as well as plenty of drinks and global grilling creations of 10 more guest chefs. Ticket prices start at $100 for the event on Sunday, Oct. 18, 5pm.

Texas Monthly hosts the TMBBQ Fest 2015 on the promenade at the Long Center for the Performing Arts on Sunday, Nov. 1. More than 20 barbecue vendors from their vaunted Top 50 list (including hometown heroes Franklin Barbecue, Louie Mueller Barbecue, Hays Co. Bar-B-Que, Lamberts, and Stiles Switch BBQ & Brew) will be serving samples of the exemplary smoked meats that put them on the list in the first place. Plus, Freedman's of Austin is the Newcomer of the Year. This year, in addition to barbecue and plenty of cold libations, they've added a line-up of sweets and desserts from Dude, Sweet Chocolates, Gourdough's, Téo Gelato, and Tiny Pies. Tickets went on sale at 10am, Friday 11th for the party on Nov. 1, noon-4pm.

Now in its 26th year, The Contemporary Austin’s La Dolce Vita is one of Austin’s grandest sip-and-strolls. Held on the grounds of Laguna Gloria, the event will have bites from a diverse array of restaurants ranging from upscale hotspots like Juliet Ristorante, Counter 3. Five. VII., and Fixe; local favorites like Maudie’s Tex-Mex and Moonshine Patio & Grill; and newcomers like Proof & Cooper and Wu Chow. This year, Tipsy Texan David Alan has curated a cocktail lounge featuring Isla, Remedy, the Patrón Spirits Company, and the Townsend – plus the debut of a new concept from drink.well owners Jessica and Michael Sanders. Tickets start at $200. Thursday, Oct. 15, 7pm.