Can She Take the Heat? 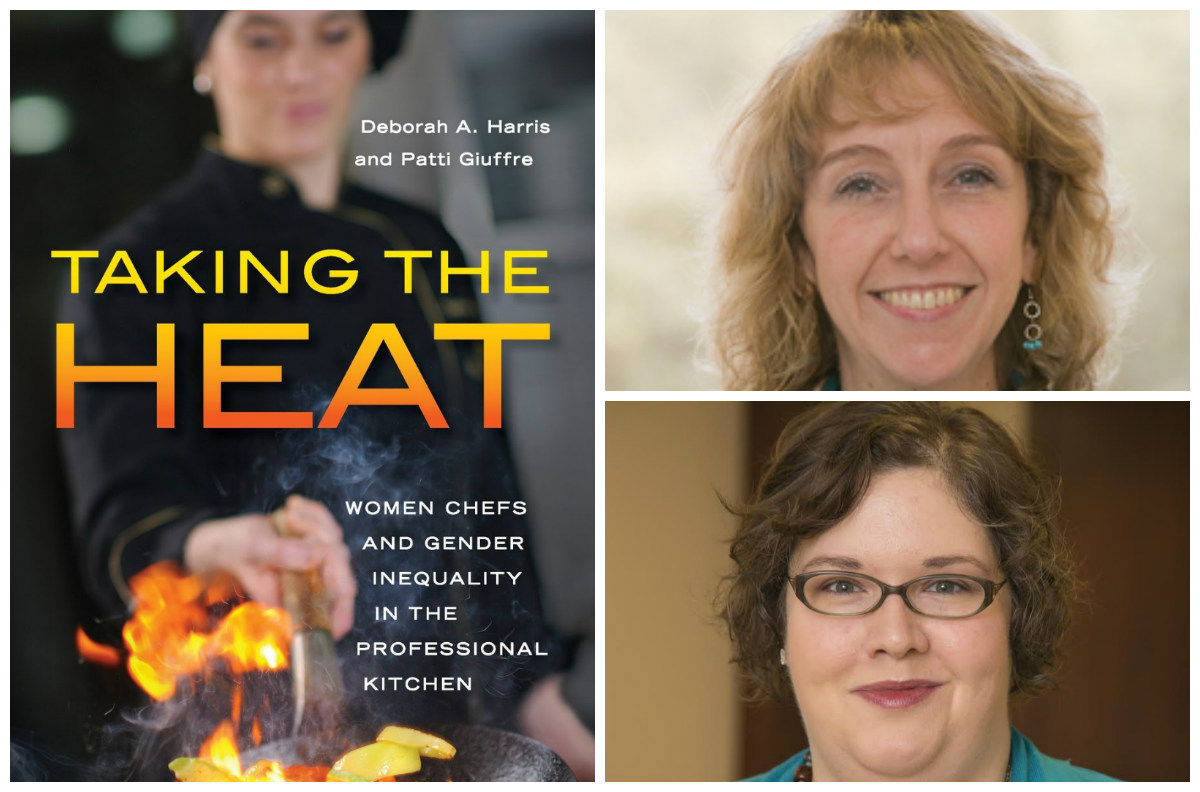 Taking the Heat authors Patti Giuffre (top) and Deborah A. Harris (photos courtesy of the authors)

Austin's dynamic culinary scene attracts plenty of national media attention these days, but the majority of that limelight is still reserved for men. Next Tuesday, some of Austin's top chefs will join a couple of sociologists and a food writer at BookPeople to discuss a new book about gender issues in the restaurant world.

In Taking the Heat, the authors have traced the historical evolution of the cooking profession from unpaid work done primarily by women in the home to careers performed by men for royalty and armies. They went on to analyze more than two thousand chef profiles and restaurant reviews, and conducted personal interviews with 33 women chefs in order to formulate conclusions about why the gender most associated with cooking originally still lags behind in opportunities, pay, and recognition.

Bear in mind that this book is not recreational reading, but a scholarly interpretation of findings based on research and analysis. The authors raise some interesting issues, such as how the very language used by restaurant critics to describe the work of male chefs as being the result of great skill could contribute to perceived gender inequities. That had me rereading an archive of old reviews, I'll admit. My point is not to put readers off the book but rather to make sure they don't approach it expecting a female version of Kitchen Confidential or a poignant culinary memoir such as Blood, Bones & Butter.

Next week, the authors will discuss and interpret their findings and participate in a panel discussion moderated by Austin American-Statesman food writer Addie Broyles and a group of multi-faceted Austin culinary businesswomen: Erica Beneke, executive chef at Max's Wine Dive and founder of Eat. Drink. Empower.; Jennifer Costello, chef and co-owner of the Bonneville; Jodi Elliott, pastry chef and owner of Bribery Bakery; and Erica Waksmunski, pastry director at Parkside Projects and owner of Red Star Southern.

These women will share personal stories and make suggestions about how women can succeed in and transform culinary careers. The discussion will be followed by a book signing and reception with refreshments provided by Bribery and the Snicket cocktail with hibiscus tea, fresh lemon juice, and Topo Chico and Paula's Texas Lemon from Paula's Texas Spirits, a female-owned artisan spirits distillery (a non-alcoholic sparkling pineapple lime drink will be available too). The event is free, but RSVP here.